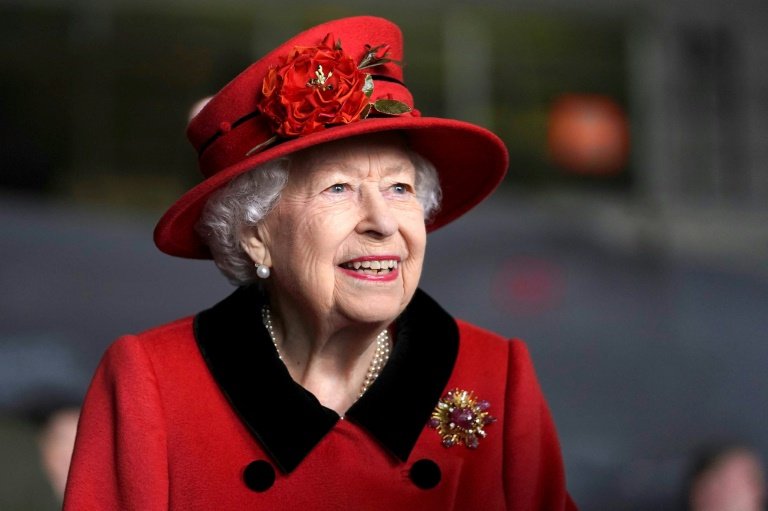 Queen Elizabeth II had many things named after her, from warships to cake / © POOL/AFP

From a White House bedroom to culinary delights, here are 10 things named in honour of Queen Elizabeth II:

Created for the coronation banquet in 1953, the yellow dish, served cold, was designed to appeal to the tastes of guests from around the world.

Constance Spry's recipe of chicken, boned and coated in a curry cream sauce, won the approval of the minister of works. It remains a popular sandwich and jacket potato filling. 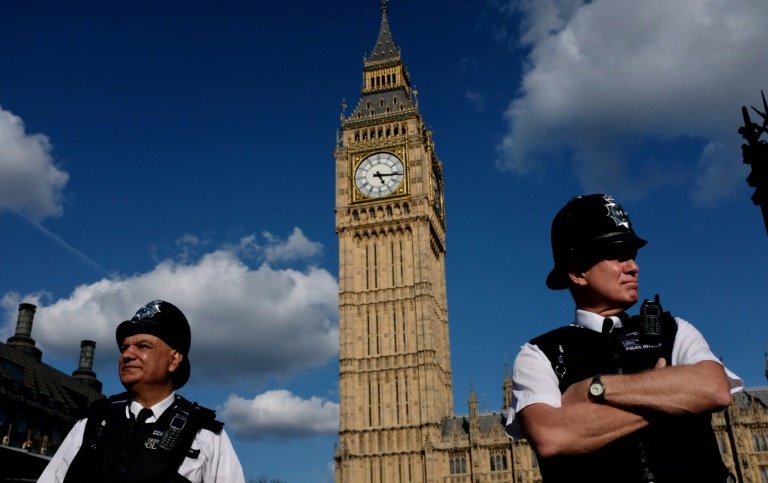 The clock tower of the British Houses of Parliament was renamed after the monarch to mark her Diamond Jubilee in 2012. One of London's iconic sights, it houses the Big Ben bell.

The Victoria Tower at the other end of the Palace of Westminster was named to mark her great-great grandmother's Diamond Jubilee in 1897. 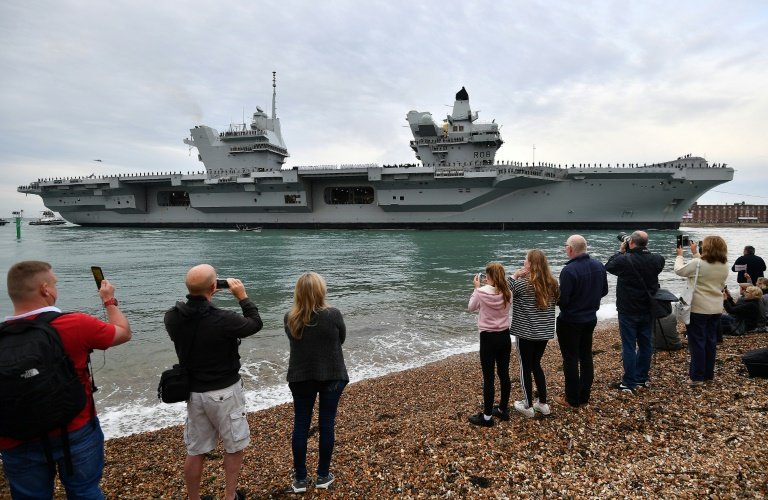 Britain's biggest-ever aircraft carrier is named after the monarch and her predecessor, Queen Elizabeth I. Queen Elizabeth II officially named the ship herself in 2014, smashing a bottle of Bowmore whisky on its hull. 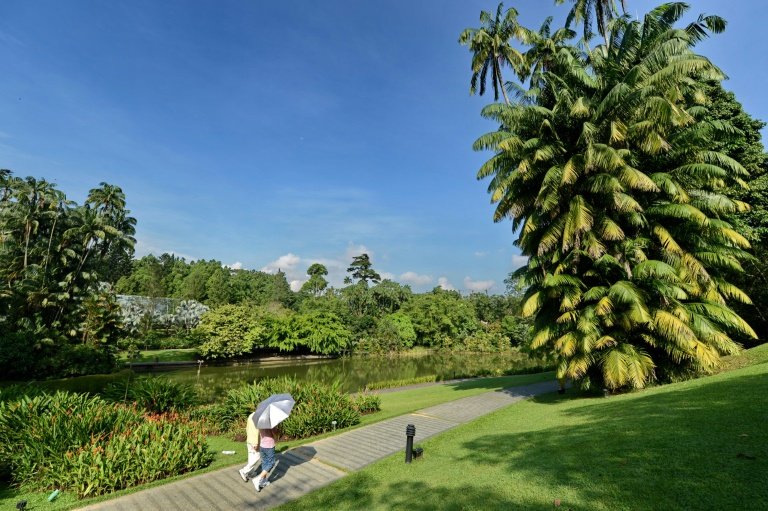 A network of forest conservation initiatives, the Queen's Commonwealth Canopy involves all 54 countries of the Commonwealth.

Nominated forests will be preserved in perpetuity to mark the monarch's service to the family of nations.

Singapore's Botanic Gardens, Britain's Epping Forest and an Australian programme dedicated to planting 20 million trees are among the initiatives involved.

A posthumous award for British troops killed in action or in terror attacks since World War II.

The silver cross is given to the next of kin, along with a memorial scroll signed by the sovereign. Established in 2009, it was the first time since 1940 that the name of a reigning monarch was given to an award. 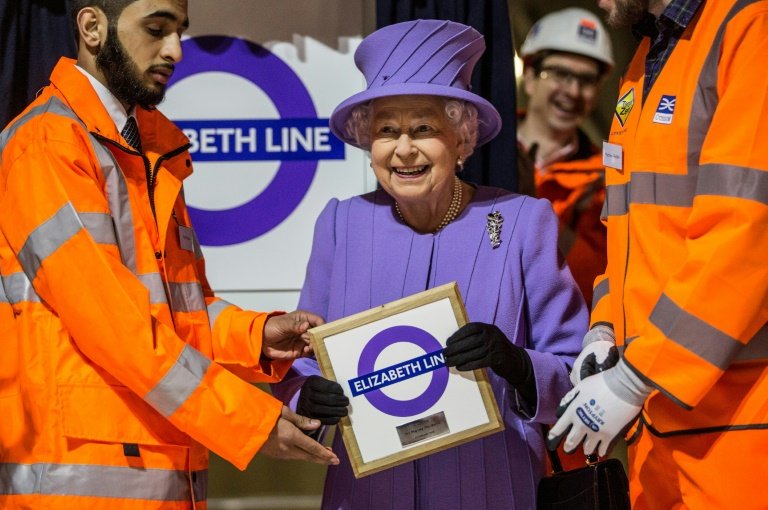 The newest London Underground train line, opened in 1979, was named for the Silver Jubilee two years earlier and is coloured silver-grey on the map.

Queen Elizabeth loved horse racing and Europe's most prestigious one-mile flat race is one of several races named after her, in Britain, Australia, Canada, Hong Kong, Japan and Kentucky in the United States. 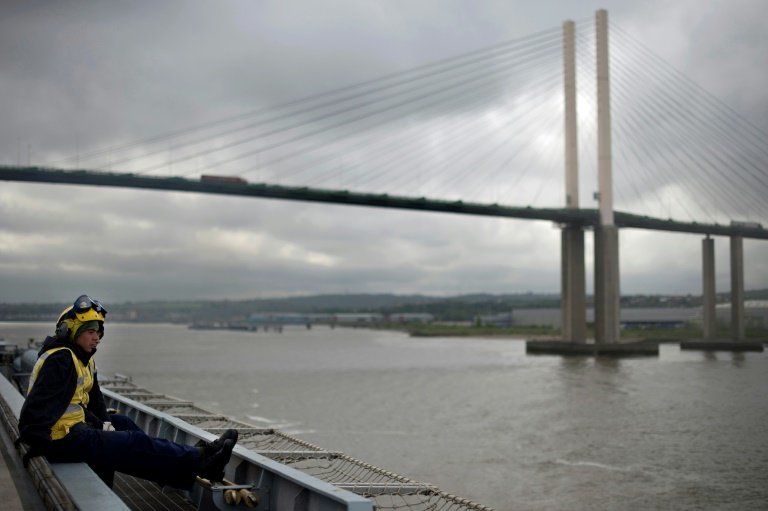 The final crossing over the River Thames was the longest cable-supported bridge in Europe when it opened in 1991. The name neatly avoids the question of whether to call it after the town on the north or south bank.

The four-lane bridge, which carries southbound traffic on the London orbital motorway, is suspended 65 metres above the Thames to accommodate ocean-going cruise liners.

Appearing in the 1953 Coronation Cookbook produced by the ladies of St Matthew's Lutheran Church in Kitchener, Ontario, the cake remains popular in Canada in pastry shops and bake sales.

It is made with sugar, flour, dates, walnuts, eggs and butter and topped with sugar and shredded coconut.

Formerly the Rose Room, the front left bedroom on the second floor was renamed in 1963 after the queens it had hosted. Queen Elizabeth II stayed for four days in 1957.

The Kennedys lived here after taking office in 1961 while the master suite was redecorated. The four-poster bed is thought to have belonged to the seventh US president, Andrew Jackson.