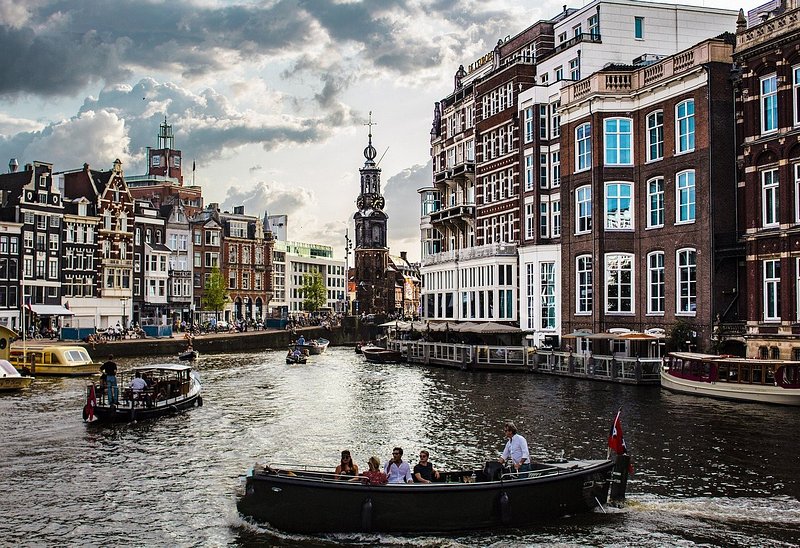 Tourism in the Netherlands is booming at the moment, and the fact that you can reach the Dutch border within 2 hours from Luxembourg makes it a superb destination for a weekend away. Your editor happens to be a Dutchie, so here are some insider tips on what you should and shouldn't do in the lovely low lands.

1. First of all, it may be a good idea not to get off on the wrong foot: Don't call it Holland. People often use "Holland" to describe the entire country. As a matter of fact, however, Holland is only the region around the west coast, with Amsterdam and Rotterdam being its main cities. It would be comparable to calling The United States "California". Therefore, the Dutch government has ditched the term "Holland" and is re-branding itself to "The Netherlands" in every official setting.

To be quite frank, however, I am nitpicking here. Most Dutch people won't mind if you say Holland. But better to get it right straight away.

2. Keep an eye out for the cyclists. Don't step on the bicycle lane - The Dutch are famous and proud of their two-wheelers, and they can be ruthless riding them! Cyclists have priority over each and everyone, and yes, that even includes pedestrians. You'll spot many red bike paths that city planners have smartly included in their urban development. Just try and avoid them if you're on foot, and pay lots of attention while driving.

At the same time, do rent a bike to explore Dutch cities. They are a cheap and flexible way to get around, and most cities are small enough for everyting to be seen in a day or two. Make sure to lock them well (or twice) though, because bike theft is a favourite part-time hobby for the occasional crook.

3. Do bring a bank card - almost all transactions in the country are cash-free. According to the European Central Bank, the Dutch are the least likely to use cash out of all eurozone members. Having fears of purchasing chewing gum for €0,50? No problem. Many supermarkets have handy self check-out payment machines, and these take debit cards only. Credit cards, on the other hand, may encounter some difficulties.

4. Do grab a hamburger or croquette out of the wall - can you believe it? It's like you've entered a whole new alien world. Hamburgers, sausages, croquettes, fish sandwiches...straight out of a vending machine at FEBO. Swipe your card and out flips your burger, nicely kept fresh and warm at comfortable temperatures. Most vending machines are situated in the FEBO fast-food joints that also stock up the machines throughout the day, so it's (most likely) not stuff that's been sitting around for days. Who needs crips and sweets if you can have a hamburger instead? 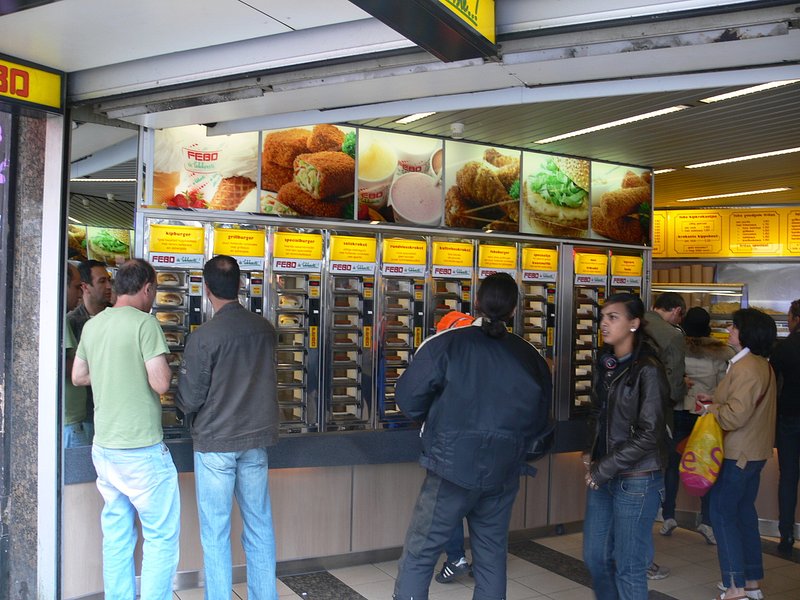 5. Don't be surprised if people are very direct with you - and please don't take it personally. The Dutch are very swift and direct in their communication, and especially if someone doesn't master the English language well it can come across as rather boorish.

6. Do switch to public transportation if you can - Buses and train are a tad expensive, but they are clean, on-time and routes are very well connected. Travelling between cities is best done by train. Unless, of course, you are in the city; in that case see point 2 above.

7. Amsterdam is not the ONLY place to go visit - yes, it's lovely, but do roam around other cities and parts of the country if you have the time, there are many jewels to be discovered in other towns, the coast and the countryside.

8. The Netherlands is not particularly famous for its cuisine. Although the country's colonial history is little to be proud of, immigrants from Indonesia, the Caribbean and recently the Middle East have saved Dutch cooking and brought life back into its otherwise dull food. Do try Haring (herring), eaten raw with chopped onion, bitterballen (meat balls), poffertjes (mini pancakes), rijsttafel (samples of Indonesian food), and of course the huge variety of cheeses.

9. Don't take pictures of the ladies in Amsterdam's Red Light Disctrict - it's very disrespectful and a no-go.

10. Do book in advance! The Netherlands is a packed country, and booking some weeks ahead will save you a headache upon arrival. Prices SOAR in peak season (June-August), so the earlier the better. If you have a car but are on a low budget it may even make sense to stay outside of big towns, or look for budget options.

11. If you're using an OV chipkaart on Dutch trains, do make sure to check-in and check-out, otherwise you can receive a hefty fine. Strange at first, but this way you only pay for the distance you travel. If you do forget to check out, then you can file a notice online and get some cash back. Happened to all of us.

12. Do bring a raincoat - some say Dutch weather is worse than that of our British companions, which would seem hard to beat. But oh my, does it rain a lot.

13. Paid parking is ridiculously expensive in major cities - don't bring your car (skip to the end of the article for alternatives) if you don't have to. Parking in Amsterdam can easily cost €7 an hour.

14. Ever heard of the expression "going Dutch"? The name comes from the greedy Dutch attitude, and means "splitting the bill". Don't be surprised if friends end up splitting the bill after a meal or in a bar, it is customary to do so.

15. Do go visit the country's bars if you're not a big drinker - the Dutch have fabulous alcohol free beers.

16. Do check out the cultural scenes of cities - the Dutch are in love with history and performing arts, so there will be plenty of offer in all corners of the country, ranging from concerts, poetry, museums, architecture and more.

How to get there

Getting to the Netherlands will take you no more than half a day, and there are numerous options depending on your budget and time.

Train options include taking the IC train between Luxembourg - Liege and then continuing up to Maastricht and the rest of the country. Alternatively, take the Luxembourg - Brussels train and then switch to the Intercity between Brussels and Rotterdam, The Hague and Amsterdam. Depending on how far you want to go, prices range somewhere between €25-€50 one way.

Direct flights between Luxembourg and Amsterdam Schiphol from KLM are available at around €180 round trip.

There is a direct bus ride between Luxembourg and Maastricht, Eindhoven and Amsterdam with Flixbus from €11.