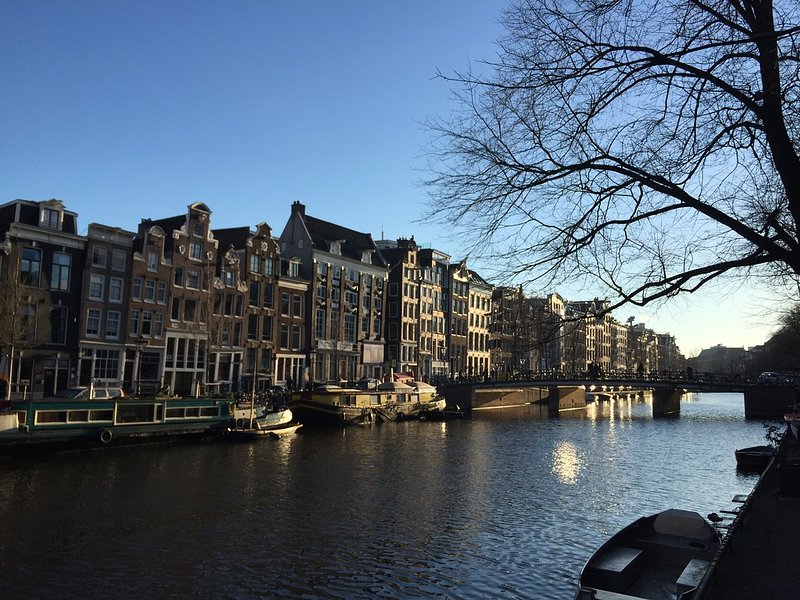 Balancing the picturesqueness of an idyllic village with the cultural diversity and vibrance of a major metropolis, Europe’s most liberal city has it all. Check out a (semi-) local’s tips and tricks to make your next weekend getaway to Amsterdam a success.

While obvious tourist attractions such as Madame Tussauds, the Museumplein or Dam Square need no introduction, quirky-cool Amsterdam unveils its true charms to those willing to stroll away from the hotspots.

Don’t - take your car into the city centre. Apart from the fact that driving becomes nerve-wrecking (trams, bikes and canna-curious tourists will appear out of nowhere and plunge you into despair), finding a parking space along the canals is notoriously difficult and likely to bomb your budget (usually €5/hour until midnight) before your trip has really kicked off.

Do - use Amsterdam’s park and ride system when you arrive. At these parking lots (see link below), you pay as little as €1 per day. The only condition? Use the public transport network to get into the centre and back.

Don’t - cross the streets without double-checking twice, even at pedestrian crossings. Cyclists are not your friends in Amsterdam.

To beat the enemy, become the enemy. In other words, do - it the Dutch way and rent a bike. It’s fun and will save you time and money while you explore the hidden gems of this freewheeling city. In case it starts pouring down, you can always take your two-wheeled companion on the metro. If you feel overwhelmed in the bustling centre, just hop on your saddle and rewind in one of Amsterdam’s lively parks. Vondelpark and Westerpark are both highly recommended. 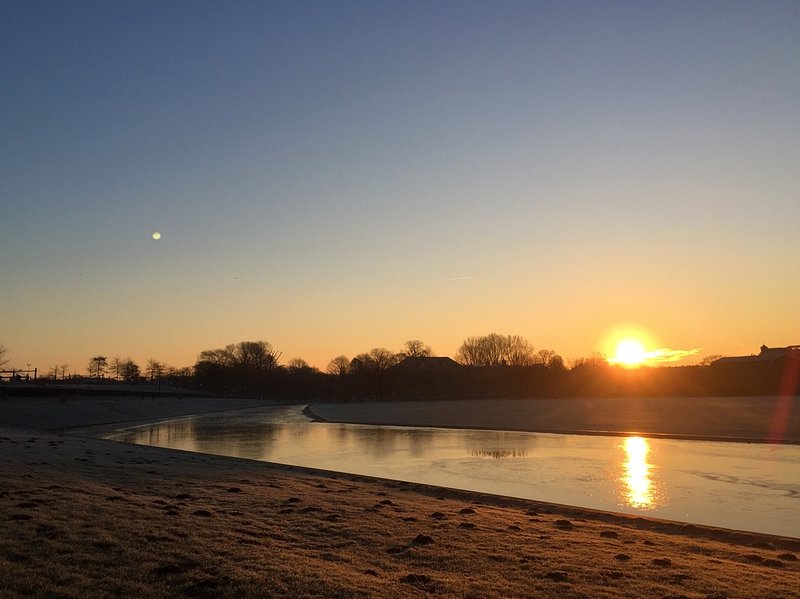 Westerpark in the morning. / © G. Erang

Don’t - forget to lock your bike. Bike theft remains a problem in Amsterdam.

Do - take advantage of your bike to reach the less touristy bars. A personal favourite is waterfront bar Hannekes Boom, a rustic hideaway close to Central Station. Enjoy the scenic views, order a few bitterballen and cozy up in front of the fireplace.

Do - consider becoming your own captain and renting a private boat instead of participating in a guided canal cruise. You’re guaranteed to revel in the best views of Amsterdam’s romantic Van Gogh bridges. Mokumboot (see link below) rents private electric-powered boats for 8 people (€90/2 hours), no boat license required.

The Dutch mecca of marijuana has acquired a reputation that precedes itself – and not necessarily in a flattering way. Of the 5 million tourists flocking to Amsterdam each year, a fair share mistake political permissiveness with an anything-goes mentality. Ask any local about tourist-related problems and you’re usually in for the same tale of woe: testosterone-fueled stag nights, binge drinking and antisocial behavior have turned certain parts of the city (read: the Red-Light District and Leidseplein) into a carnivalesque playground best avoided at night.

Frustrated local Francesca S. eloquently summarises the predicament for us: “tourists who come to Amsterdam only to get high behave like Neanderthals.” 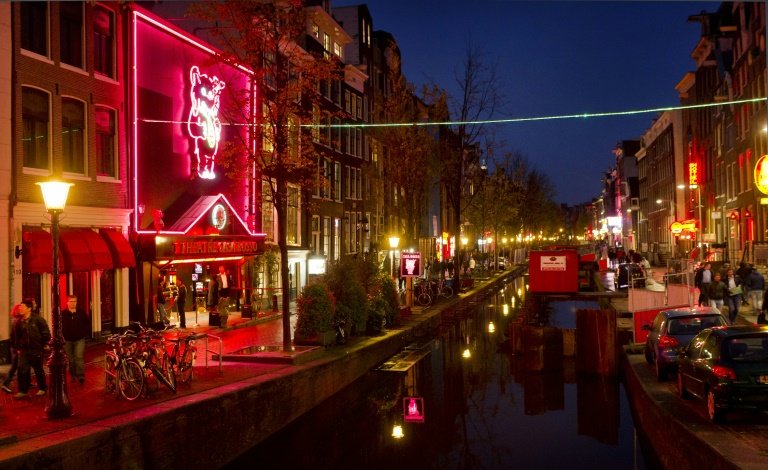 Don’t - be a Neanderthal during your visit. Amsterdam is a great place to go out in (more on this later) but nevertheless don’t - throw basic social etiquette out of the window. As liberal as the city may be, don’t get caught taking a wee. Quite literally. Urinate in the canal and get slapped with a €140 fine. Contrary to popular belief, public drinking is also illegal in the centre.

Having established these ground rules, do -, by all means, go out in Amsterdam. From jazz bars and laid-back cafes to live karaoke and vibrant clubs, there should be something for every taste. Definitely consider diving into a pulsating techno rave and enjoy what Amsterdam’s night life remains most famous for. The School, Marktkantine and Shelter are not to be missed. Two tips: save money by buying online tickets in advance and, if you’re going as a large group, consider splitting up into pairs when queueing to get in. Bouncers will be more likely to let you in.

Don’t -
buy drugs from street dealers. In the past, white heroin was sold as cocaine and tourists died after snorting the drug. If you still decide to buy illicit drugs, do - get them tested anonymously at the Jellinek or GGD Amsterdam drug testing service.

Don’t - take pictures of window prostitutes. It’s degrading and the women will not take kindly to it.

Do - go to a rooftop bar for a bite and a drink and soak in the views. A’dam Lookout in the north of the city boasts an unrivaled view over the city. The sky deck’s sensational swing (the highest of its kind in Europe) will get your adrenaline flowing. A free alternative is the hidden gem Blue Amsterdam. The glass-fronted panoramic bar is located at the top of the Kalverpassage shopping centre. 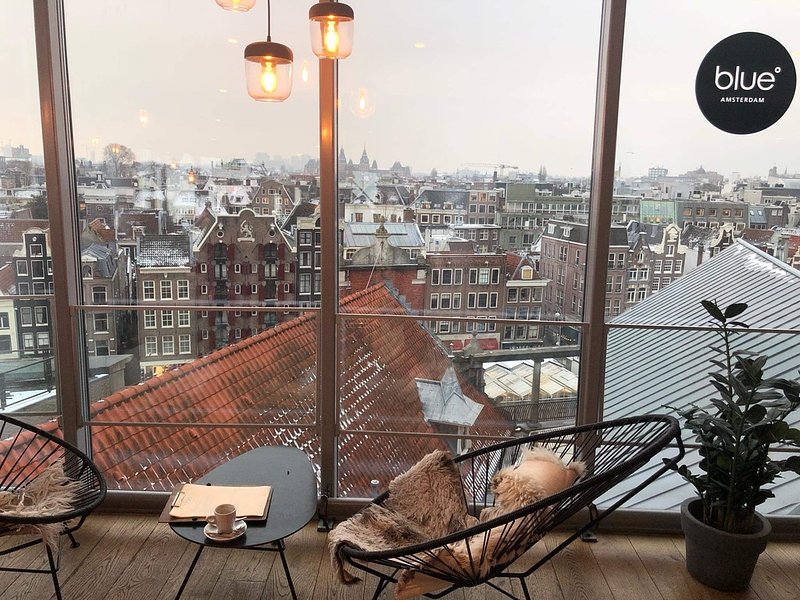 Enjoy a coffee and the views at Blue Amsterdam. / © Fabienne De Martines

After your night out, do - visit the trendy Jordaan neighbourhood. Serene canals flanked by beautiful houses and art galleries abound. Go to Haarlemmerstraat and stroll around its array of independent shops and cozy bars. In walking distance also lies the Noordermarkt, where a popular organic farmer’s market is held every Saturday. After your shopping spree, drop by Winkel 43 and order Amsterdam's most famous apple pie.

Do - catch a free ferry behind Central Station and sail over to Amsterdam Noord. Don’t miss NDSM-werf, a regenerated shipyard that has metamorphosed into an artsy cultural hotspot. Once a month, the site’s enormous industrial warehouses host Europe’s biggest flea market (IJ-Hallen). Beware, hipsters on the prowl. 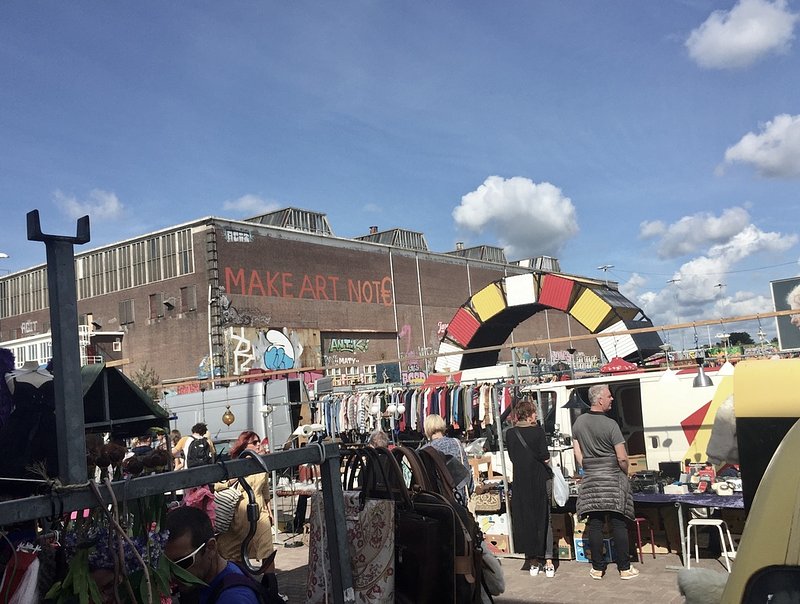 Don’t - fall prey to the centre’s tourist trap pastry shops. While some of the painfully overpriced croissants, muffins and doughnuts may look appealing, chances are that they are older than you.

Speaking of sweets, DO - treat yourself to a cookie from Van Stapele Koekmakerij. Hands down, best cookie that will ever hit your palate.

This list is by no means extensive. Embrace the beauty of getting lost and Amsterdam will reveal its many faces to you.

Last but not least, some cycling tips to survive Amsterdam's traffic jungle.