It’s been about 20 years since their “Half Hour of Power” EP, and their first album “All Killer No Filler” and Sum 41 are still going strong, despite old members leaving and returning, new members joining, and some health scares (a.k.a.: life).

While I personally did not keep musical tabs on the band has maintained a steady level of commercial and critical success, and has been touring extensively, not only in the US, but across the world.

Usually, to get into the “interview zone” I tend to through a musician’s discography, and I was pleasantly surprised at how many of their songs I still remember, or recognised. This was probably because my older brother would blast them from his CD player (hey-oo more throwbacks!), rather than 8-year-old me being a natural skate-pop-punk-metal fanatic (the whole concept of “what Sum 41 sound like” is an issue in itself, but more on that later).

So it felt a bit absurd to speak to Deryck Whibley, and to get acquainted with Sum 41’s more recent releases. And as “Still Waiting” was a political statement back in 2002, “Order In Decline”, their 2019 album, is also reflective of political sentiment, albeit channelled through Whibley’s personal thoughts and experiences. I asked Whibley, who has identified a sense of chaos and confusion as a worldwide phenomenon, whether he felt that there was a sort of homogeneity to the hatred that he witnessed.

“It’s hard for me to know really what is going on in all these different countries, it just seems overall that there is a rise of this right-wing, kind of… stoking racism and division and hatred, and that seems to be a common thread wherever we go,” he answered, “I mean, a lot of places seem to be trying to return to this old way where it was ‘better’. I mean like I say, it’s always different in every place and I don’t know all the reasons. I’ll just pop into a country and realise it’s very similar; the political climate is kind of the same, just for different reasons. Different things, different people, but kind of the same feel, you know?”

Nevertheless, Whibley has professed reluctance to producing a “protest” record: “I didn’t really feel like going out and trying to preach or to convert people, to change people’s minds. I didn’t want to go on stage and go on rants or post things every time I’m upset about something”, he specified. This was neither his driving force, nor his “desire”.

So what was his desire? Stripped down to its foundation, its core, it was simply: “doing what we’re doing, just being on tour, recording music”. Yet the singer/songwriter has previously confessed to a certain element of conflict, at least when it came to writing politically, or indeed, about very personal experiences, such as his father’s absence in the song “Never There”. 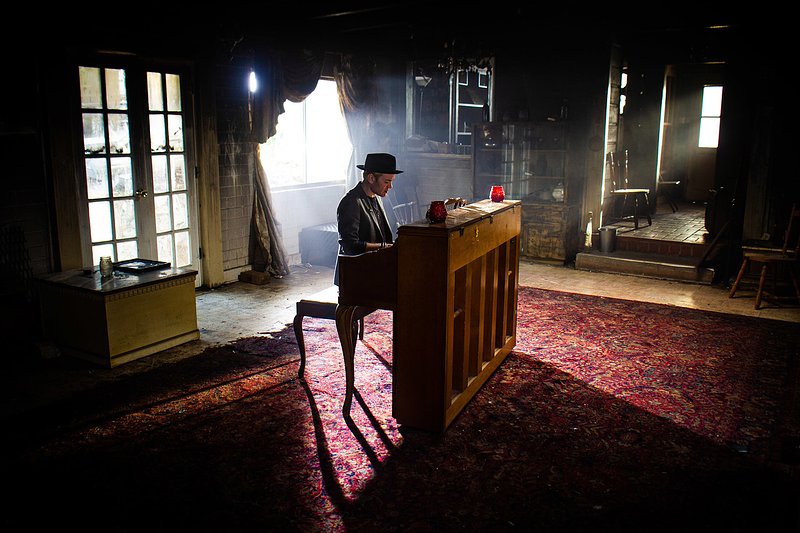 Elaborating on this inner struggle, Whibley described his creative process as what sounded like letting go of his own expectations. “I didn’t necessarily want to write anything political, or go into anything of this kind of stuff really. But every time I tried to write something different, or change the lyrics, the songs just felt like they were going nowhere. So I just had to surrender myself to allowing it to come out, and what comes out, comes out.”

“I don’t feel like I have a lot of control over where my mind goes, it comes out of my subconscious. So these days I just let it happen, I don’t know where it comes from, it just comes out. And if I try too hard, then I feel like I ruin it. It just sounds like nonsense to me.”

With seven albums under their belt now, I wondered whether Whibley thought there was a piece of music, or perhaps a message, that audiences had missed out on, or that never got through to the world the way he had hoped. He maintained a very measured perspective as he laughed and said:

“I’m sure there’s lots of things, but you move on quickly from that stuff. I think … in the past there’s been songs that you wished, or thought, would be much bigger, and they weren’t, or vice versa. Some things work and some things don’t. I don’t really spend too much time thinking about it though.”

I pushed a little further. Was there a sense of acceptance, of peace with the fact that once an album was released, it was no longer his?

“I always feel like that. Every time you put out a record, it’s no longer yours. It becomes everybody else’s and it is what it is. Either it’s something great or not, something big, or nobody knows about it… I mean we had a really hard time with our last record company (Island Def Jam). We put out a record, and I’m still trying to get as good as that record. I still feel like it’s our best one. And it just didn’t really do anything because we had such a hard time with our label, they didn’t want to do anything with it. They just put it out and we didn’t get a video or anything, so it kind of came and went. That was such a shame, because it was the best record we ever made, but anyway... you move on."

Hopefully this article would then be the game changer, I proclaimed, and everyone would flood back to it. For those interested – and I promised to make the text stand out –

“Screaming Bloody Murder” is, according to Whibley, their best work.

With a phone that kept on cutting us off, we only had time for one last question. Did the band Sum 41 ever feel pigeonholed, bound by genres or categorisations?

“No, we never felt like that. I feel like people have thought that about us, put us in a category and are surprised still now that we don’t sound like our first record. But that was 20 years ago, and there have been a lot of changes. We’ve never cared, and some people – certainly not all of them, because Sum 41 fans know that we do all sorts of different kinds of music – will come along and say ‘Oh I had no idea you guys sounded so heavy now!’ and we’re like ‘Well it’s been like that for about 17 years so…’”

And with that, I was shunned (mostly politely) off the phone – busy people being busy, and all that. 8-year-old me would be THRILLED.