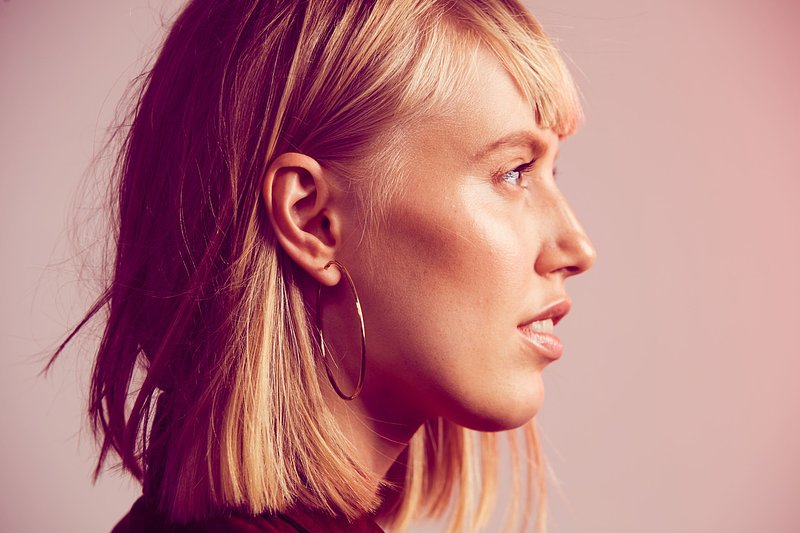 In the past ten years, LEA has matured from a hobby musician uploading bedroom videos to YouTube to one of Germany's top singer-songwriters and pop artists. With countless collaborations and two solid albums in the pocket, she is set to hit den Atelier for her second Luxembourg show on October 15th. RTL Today's Josh Oudendijk chatted to the 27-year-old about tour life, her career over the years, psychology and how to stand your ground in the music business.

JO: You played Fete de la Musique Dudelange this summer. As a German artist and singer, what's it like for you to sing abroad where the audience's first language is not necessarily German? Does it affect the live experience for them or for you?

LEA: The concert in Dudelange this summer was really exciting for me, as it was my first time abroad in Luxembourg playing in a city I had never been before. I must admit I was overwhelmed by the heart-warming welcome from both the organisers and the audience. People in the crowd - and for many it was the first time at a show of mine - were open and accepted me in their country.

I chatted to the organiser for a while after the concert, and he admitted that many visitors had not heard of me before the gig. But they came and were incredibly enthusiastic, engaging with the music. I would consider the most special thing for me and my music to be that moment when I can inspire new listeners with my songs. That's the fun part about my job, to reach out to those new listeners and provoke emotions. Plus, every Fete de la Musique attracts music fans from all over the region, it's always fun.

You're right in the middle of a rigorous summer festival tour, aren't you?

That sounds rather intense. Are you taking the month off before the tour kicks off again?

Well, even in that month we'll be working hard, many things will be happening. There will be a new release, but I can't tell you anything about it yet, haha (editor's note: it's this unexpected collaboration).

Right, so no holidays. When do you know you've reached your limit?

I am actually taking one week off, I'll be going to a Dutch island together with my family. That's all when it comes to this year's summer break. But you know, slowly during the summer festival season I begin to realise the importance of giving yourself a break, even if you may have the mental and physical drive to continue. At some point, however, you're playing so much that you start to lose that little bit of energy at a show. Then you know you've reached your limit. For that reason I make sure to listen to my body, it's a fundamental thing I've learned over the years. For example, if I exaggerate my work schedule, I will most definitely get a cold. As a musician and live performer on stage every evening, that's one of my biggest fears, being sick, as you will end up disappointing fans and venues. Sure, at least you can always make up for it and find another date for the concert, but it's not ideal.

So you're getting to know the limits of your body over time? Are there certain things you watch out for in particular on tour? Nutrition or sports etc? I noticed on Instagram you enjoy playing badminton ahead of concerts!

Totally. Especially now my scheduling is becoming more and more extreme. There's a lot of travelling involved, something I didn't do really two or three years back. We always have a sports set with us with all kinds of random stuff in it, and the crew likes to play with it before the show. For me in particular it's also very important to get enough sleep. The nights in the nightliner are rough, depsite having your own bed and curtain for privacy. The body still rolls around in bed, especially now with all those horrible Autobahn roadworks (laughs). So that's my main focus. Plus, I'm also a vegetarian, which can be  difficult if you are dependent on venue catering. We always send in a rider with things we'd like to eat, but you never know exactly what you're going to get.

Twelve years ago you published your video "Wo ist die Liebe hin?" (Where did the love go?) on YouTube. I really enjoyed watching that video, as it really depicts your beginnings and roots. If you look back, have you and your career developed very consistently over these past 10 years, or has it been rather fragmented?

What I find exciting about the world of music is that there's not just one right way of making music. I've always avoided rapid boosts and pushes such as talent shows. It's one of those hot balloons that shortly rises before plummenting to earth. And once it plummets, it really drops like a stone.

So you declined the offers? Was it out of disinterest for talent shows in general, or rather fear?

Yeah, because I didn't want to start off my career with a jury in front of me, or a television station with a programme director that puts words in my mouth, tells me to cry to capture an emotional camera shot, or tell me what to wear. I want to develop myself at my own pace. Right from the start I thought: hey, I know what I want! I know I wanted to make music my biggest hobby, my profession, and that's my role and journey, not someone else's. No one can keep the promise to make you a musician or superstar. As soon as you give away some part of that control over your career, it may happen that soon people decide FOR you rather than WITH you. I'm incredibly allergic to that. Even my current management, which is great, knows that I want to be informed and involved in the decision making process.

So when I started out with 15 and I wrote my first song, it took me half a year to write a second one. I needed to experience things before writing, so I subconsciously (or consciosly, I don't know) took the time to write music. After graduation I left for Argentina for six months because I had never been abroad properly. Becoming successful in music could still happen after coming back!

Was that a social semester abroad in Argentina?

Not really, I planned the whole trip myself. I chose a project and worked there for three months, before travelling for another three months through Argentina and Uruguay.

Then, after your return, you entered the world of psychology. Has this study in any way influenced your music or you as an artist?

Well, I would say that psychology and a pop music career are two very different things. During my studies I visited schools and taught music classes to kids, which was loads of fun. But a pop career, that's really different. I studied psychology because it had always interested me, while still knowing that I didn't want to persue a full music-based study. Mainly because I didnt want to be judged by my professors and other colleagues.

That relates to what you said about the talent shows earlier. Was it the technical part that scared you or the pressure?

Well, once again, it was the idea that people would shape me in a different way then I wanted things to be. On top of that give me marks and rate me and passion, which I really could not cope with.

As a last question, which artists inspire you? If you could spend one dinner (or even a studio session) with a favourite artist, who would it be?

Well, there are so many great artists out there, and I have always listened to a wide range of musical genres. Inspiration is a big word, as I don't tend to listen to music and then feel inspired to sit down and write something myself based off what I just heard...but an artist that has always repeatedly impressed me from a songwriting perspective is Sia. I would love to meet her. The melodies and lyrics she crafts each time are amazing, and then they all become a huge hit. She also writes for many other successful musical peers, such as the "Diamonds" track by Rihanna, which she wrote in 20 minutes.

I remember hearing a studio tape from that session, how with a coffee in hand she was improvising melodies and got it recorded that same morning for Rihanna.

Yeah, well, if you have connections, let me know! (laughs)