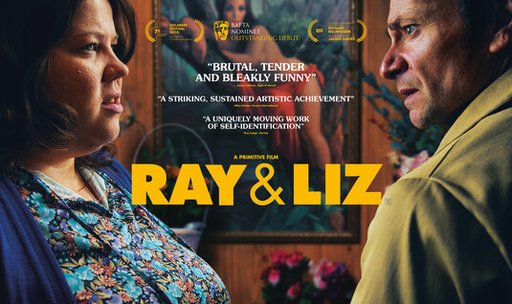 Richard Billingham's "Ray & Liz" about Thatcher-era Britain was the lucky winner of the main prize (€10 000). The film gives a flavour of its creator's personal life, says Billinham: “By sticking true to real life, lived experience and observation I want to recreate a world that can only have come about from my being a witness to it. […]" It seems like the personal touch has won over the jury, who commented on the film's emotive powers in confronting the audience with cruel human conditions that need to be seen.

The Italian film "Selfie" by Agostino Ferrente won the documentary prize (€5000). Here, the jury noted the sincere, yet creative cinematography and the way in which friendship is depicted in a complex masculine an violent environment.

The organisers describe the festival as successful as spectator numbers rose to 18 600, a 20% increase compared to 2018. To these numbers will have to be added the general visitors to the outside events and Cercle Cité. On the whole, the organisers are very pleased with the turnout and see the it as a validation of the "All Day Long" concept. Also worth noting is the popularity of the Virtual Reality Pavilion, which counted 2072 visitors, excluding numbers from the closing weekend.

Would you like another opportunity to see the winning films? It's not too late yet:

- SELFIE, Prix du Documentaire – by BGL BNP Paribas, will be shown on Sunday 17 March at Cinémathèque at 7 pm in Italian with English subtitles.

- RAY & LIZ, Grand Prix – by Orange, will be shown on Sunday 17 March at Cinémathèque at 9 pm in English with French subtitles.