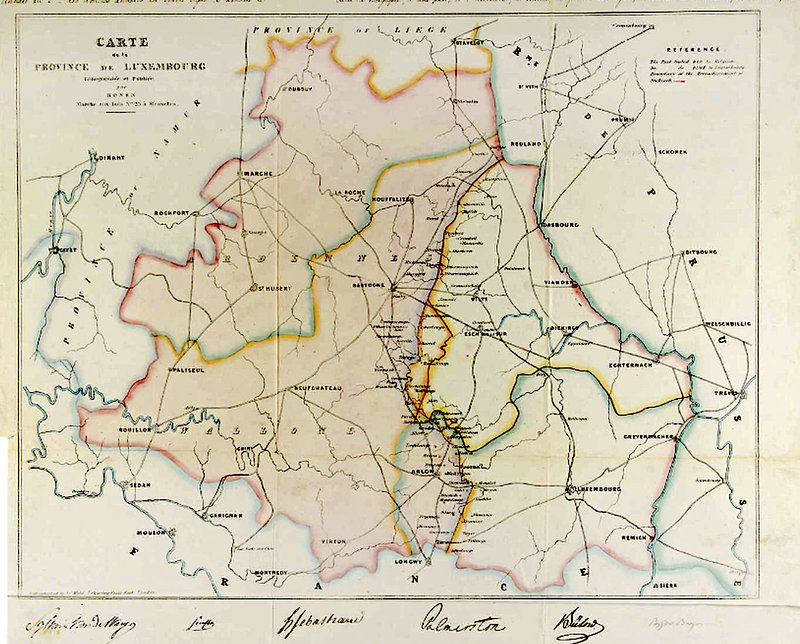 This series will not be in a chronological order, but instead focus on specific themes, such as the founding of Luxembourg as an independent nation, the Grand Duchy's ongoing relationship with the United States, and more! We’ll try to pick out interesting topics and if any of our readers have any suggestions, please email us!

Our first overarching theme will continue on from our royals series, except it will be more rooted in history than the contemporary approach to current members of the Grand Ducal family.

The story remains intertwined with the history of Luxembourg as a nation, although at the beginning, the Grand Duchy was considered to be the private property of the King of the Netherlands.

Whilst we know that the geographic entity of Luxembourg as we currently recognise it was defined in 1839 (at which point Luxembourg lost much of its western land to Belgium – namely a great portion of Wallonia), the actual political entity of the Grand Duchy of Luxembourg was created in 1815, at the Congress of Vienna.

The Congress of Vienna was a crucial step in redrawing European boundaries following the collapse of the Napoleonic Empire and also one of the significant dates in the “long nineteenth century”, which ran from 1789 to 1914.

Historian of nationalism (incidentally a name unavoidable in many history courses) Eric Hobsbawm wrote about the Age of Revolutions, of which a major focus is nationalism and the creation of nations. The nineteenth century experienced a wave of nationalism, in which countries unified and disintegrated in the spirit of communities hoping to assert unity and independence.

The story of Luxembourg’s sovereignty is a bit more unclear.  We have a few key dates in the nineteenth century that contribute to the creation of the political entity that we now know as Luxembourg.

The collapse of the Napoleonic Empire naturally required that the powers that be – aka the Four Great Powers (Austria, Britain, Prussia, and Russia) – convene alongside France and other countries to redraw the boundaries of Europe. To put it briefly, those at the congress decided to create the Kingdom of the Netherlands. This new kingdom was formed of the Netherlands and the Southern Netherlands (alternatively known as the Austrian Netherlands which were later annexed by France and also, what we now know as Belgium), all under the tutelage of the House of Orange-Nassau. But wait – there’s more.

To compensate the House of Orange-Nassau for territorial loss to Prussia, the new king of the Netherlands, William I, also gained the Grand Duchy of Luxembourg as a separate entity to the rest of the United Kingdom of the Netherlands. 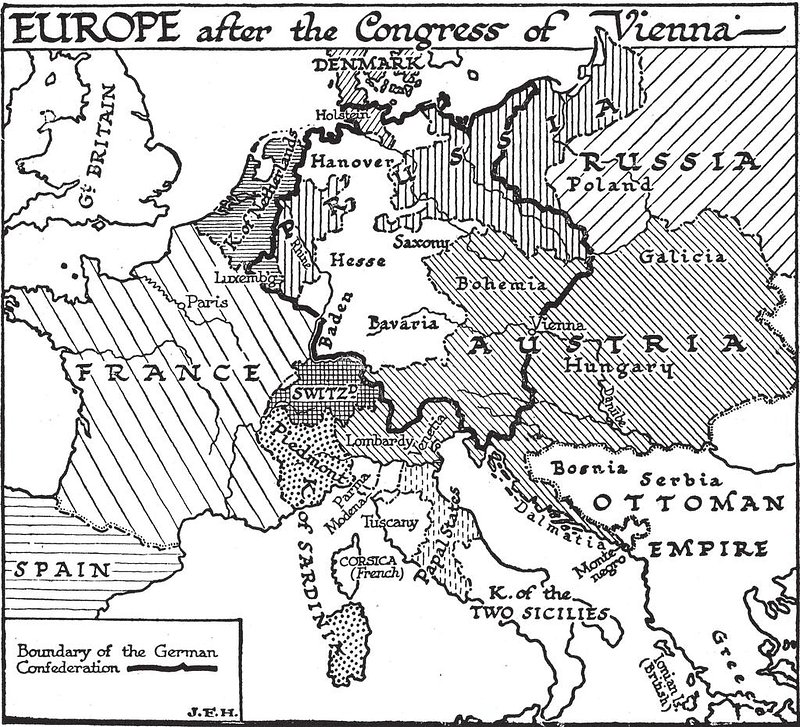 Because, let’s be frank, people at these congresses never liked making things easy, there was yet another caveat. The Grand Duchy became a member of the German Confederation, which was formed of 39 German-speaking states. As a result, Luxembourg City was placed under the military control of the Prussians despite technically falling under the sovereignty of the new Grand Duke William I.

Luxembourg’s initial status as a Grand Duchy is interesting and perhaps warrants its own article, but for now, a simple way of looking at it is that the Grand Duchy was viewed as the personal property of Grand Duke William I, or even a separate province of the United Kingdom of the Netherlands. Either way, this first step in Luxembourg’s status as a Grand Duchy does not hold the hallmarks of independence that we may have seen in other European countries in the same century.

Grand Duke William I governed Luxembourg as yet another province belonging to the United Kingdom of the Netherlands. Whilst William I did make some moves to improving education in Luxembourg, for instance, he ensured that schools would teach Dutch as a language - which again points to the Grand Duke not distinguishing between his kingdom and his Grand Duchy - and discriminated against Catholics in the process, discontinuing Catholic schools. This anti-catholic sentiment is perhaps one of the defining factors which led to the growth of the revolt against the Dutch king.

In 1830, Belgians inaugurated their secession from the United Kingdom with the Belgian Revolution. Luxembourg's neighbour declared itself independent later in the year and Luxembourgish representatives sat in the new constituent assembly. As for the Luxembourgish enthusiasm in joining the revolt, there are conflicting reports. James Newcomer described "phlegmatic Luxembourgers" slowly following their Belgian counterparts in the revolt whereas other reports speak of a significant number of Luxembourgish patriots joining the cause. 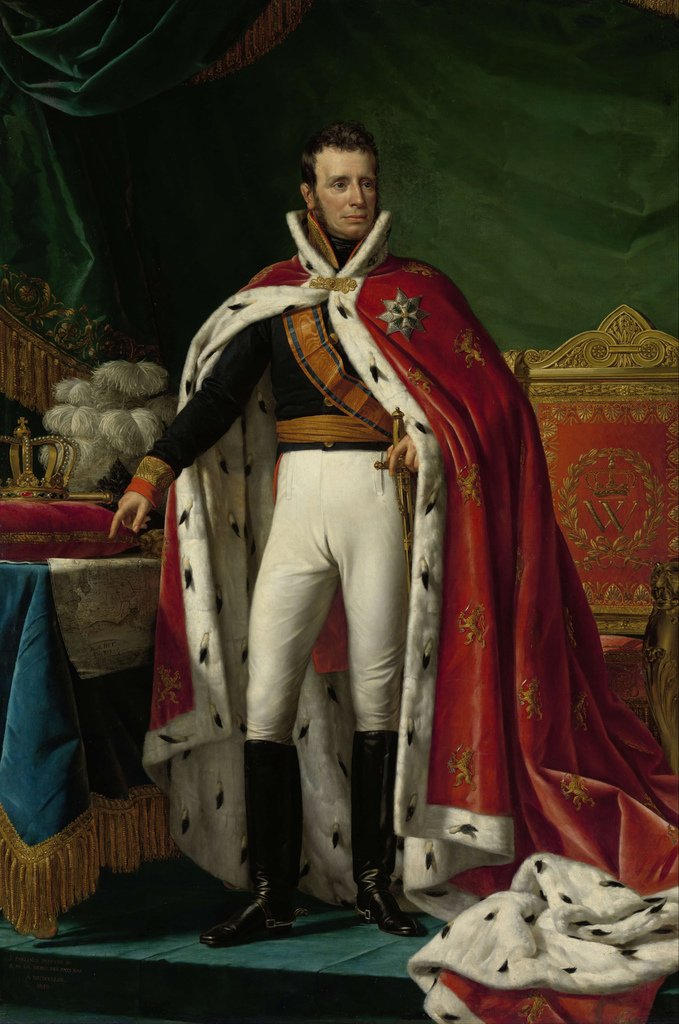 William I, the Grand Duke of Luxembourg and King of the Netherlands. / © Public domain

However, not all was as straightforward as Luxembourg joining the Belgian rebellion. The fortress of Luxembourg City remained garrisoned by Prussian troops and effectively under Prussian control, whereas rebels seized control of the rest of the territory.

The following years saw a great number of negotiations and propositions, mediated by the Great Powers and without much success concerning Luxembourg until 1839. In 1831, the Kingdom of Belgium was created alongside a proposal to divide Luxembourg between Belgium and the Netherlands, as written in the Treaty of the Twenty-Four Articles. Belgium's parliament accepted the proposal, but William I was staunchly against it.

Finally, in 1839, the first Treaty of London was signed, which saw the third and final partition of Luxembourg come into effect (see the map at the top of the article for details). Prior to 1839, Luxembourg's territory was 2.5 times its present size with a significant expansion to the west. Belgian and Luxembourgish accounts of the loss/acquisition of Wallonia, which now belongs to present-day Belgium, naturally differ.

The Treaty of London of 11 April 1839 is thus an important date in Luxembourg's history - the date cemented Luxembourg's geographic boundaries to the present as well as its dynastic house, the House of Nassau, which was formed in personal union with the United Kingdom of the Netherlands. Granted, the royal house of the Grand Duchy would see changes a mere 51 years later, but we'll explore that on another day.

A year later, William I abdicated in favour of (unsurprisingly) William II, who we all know and recognise from his statue on Place Guillaume II. Luxembourg's status as an independent nation was reaffirmed in the Second Treaty of London in 1867, which followed the Luxembourg Crisis. The Luxembourg Crisis can be seen as a tug of war between France and Prussia during the years that Otto von Bismarck focused on consolidating Prussia's power in Europe. 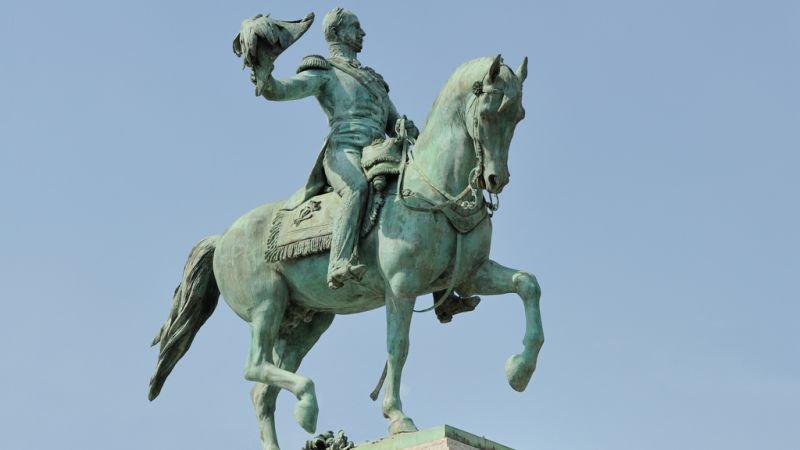 We'll explore that crisis in a separate article and wrap this introductory article up here. Again, if any of our readers have requests or suggestions, please email audience@rtltoday.lu and we'll see if we can research and write it up!

*Note for any historians: You may have noticed the article has not got any strict referencing, as seen in academic historical articles. This series is meant more for a popular audience, but if any readers are interested in a bibliography, please get in touch!