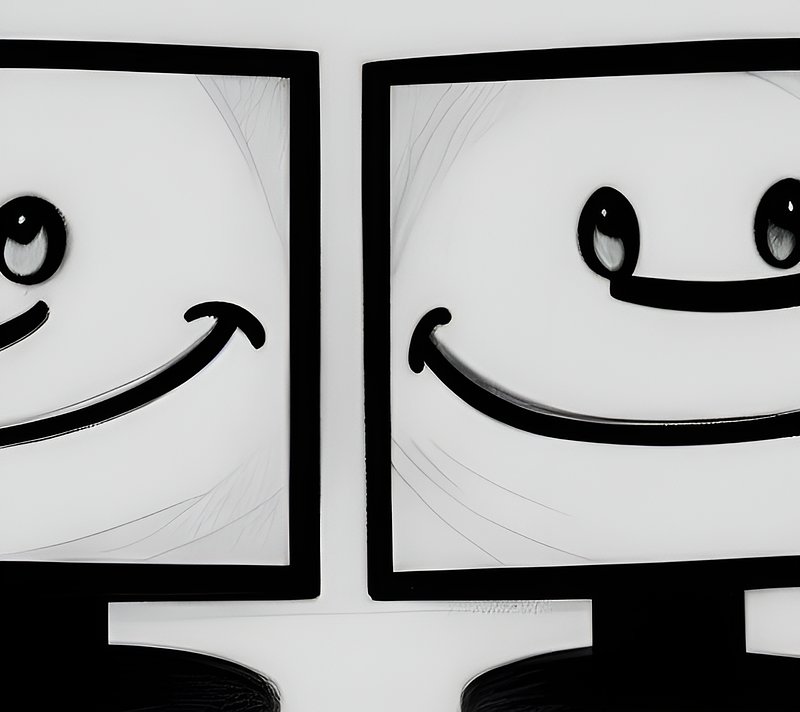 Charlotte de Vreeze-Nauta issues a plea for that long-lost art in the age of social media: being nice to each other.

Being called a whore because you have some experience in the sack. Receiving death threats because of your political point of view. Being named a xenophobe or racist because it’s your opinion that someone living in your country should learn your language. Receiving the title rich b*tch because you’re a stay-at-home mom.

It’s only words right, and words don’t hurt. Well, I beg to differ.

Since the internet and especially social media have become an indispensable part of life, our social norms seem to have dropped considerably.

It seems that once we are on our computers or phones, all normal behaviour goes out the window. Common courtesy and decent manners are replaced by foul language and an even fouler attitude.

I think it’s high time that we bring some common courtesy back to our online activities. And it’s rather simple. The problem of online hostility, I think, boils down to speed, anonymity and bad readership. Tackle these, and the problem is solved. Well, sort of.

To start with speed. Whether it is Twitter, Facebook or Instagram, it doesn’t matter. All three allow only for a very short response to anything anyone wants to respond to. Per Tweet, for instance, there is only room for 280 characters. That’s the entire length of this paragraph, including this last add-on to the sentence. And... (281 characters).

That is not a lot of space to put information into. And to make matters worse, only 1% of all Tweets hit the 280-character limit. Only a mere 12% of all Tweets are longer than 140 characters (which was originally the maximum amount until it was doubled in 2017). So, 88% of all Tweets consist of 140 characters at most. Oh, and mind you, spaces between words are also seen as characters…

The problem is that one cannot give a modest, well-explained and nuanced opinion on anything in only 140 characters. You cannot regard an issue from different perspectives, discuss opposing arguments and filter a nuanced opinion out of that in two sentences.

Plus, our brains are over-stimulated, we are in a hurry, we are too lazy to really delve into a subject and understand all the different angles and interests, we don’t study a source, we don’t know who wrote something and what that person’s background or expertise is. We hardly know anything as we simply don’t care enough and don’t want to spend any time on it.

That would be fine, if we left it at that. But we don’t. For some reason or other, we want to respond. We do want to put our two cents in. We want to be heard and seen. And doing that online is easy, fast and free. There is no need to leave the house, buy a stamp and mail a letter, thus also having the time to reconsider… We can just type our disparagements, click ‘post’ and we’re done.

So, what do you get? Biased outcries of defamation. Critiques that have no foundation. Responses that are completely void of any nuance, because people simply can’t be bothered to look at an issue from different perspectives. A basic rule might be that if you don’t know the full extent of something, hold your tongue.

What makes it much worse is the fact that we can all do it anonymously. Anyone can register on any social medium or website under some non-descript and randomly concocted combination of letters, and use that to offend, scold, belittle, criticize and even threaten someone they don’t know and that certainly doesn’t know them. It’s horrendous.

Just Google it. According to an article in the Guardian, last November, there were well over 275,000 death threats in one year in Britain, of which the vast majority was online. I am sure that a part of that came from bots, but still...

Or look at the medium you are reading right now. All readers can leave a comment, offensive and all, whilst ducking behind their safe haven of namelessness. All though, in defence of RTL Today, I happen to know that really offensive comments are not tolerated, but on social media there is still very little control and pretty much anyone can write whatever they like.

IMPORTANT: I am in full favour of freedom of speech. But there is a little something called responsibility. Just making hurtful comments or even worse, threatening someone, has nothing to do with freedom of speech. It’s purely derogatory. No more. So desist, please.

By the way, if you really have something to say, say it. But be forthcoming and use your own name.

Finally - and please read this carefully because it may be a difficult concept to grasp: did you know that it helps to read an entire article, word for word, before offering an unbalanced piece of your mind?

Honestly. Because reading, and I mean reading something from the beginning to the end makes all the difference. What is the tone of the article? Who is the author? What do we know about the author? Is the author known for writing ‘tongue-in-cheek’ articles or downright sarcastic pieces? Is he or she an expert in any field? Is the author trying to influence or entertain?

Do people realize that one caption or one paragraph does not an article?

Please, people. Read, think and pause before you comment anything. Offending is never called for.