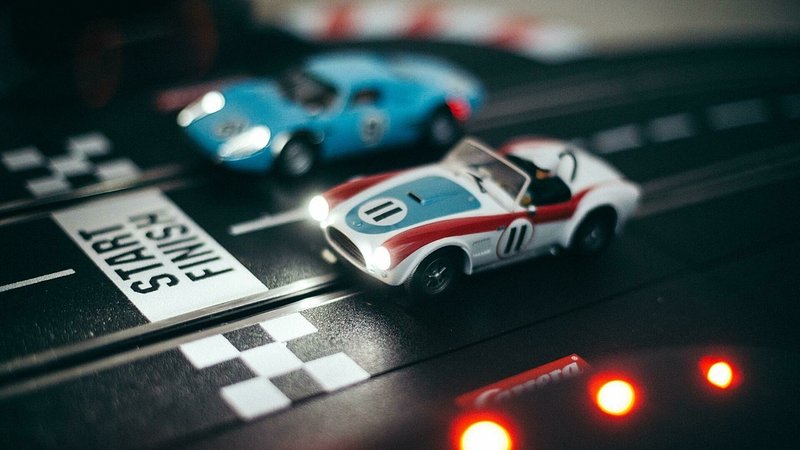 Right? I am not just saying that because the dirty thirty is steadily approaching…

One often hears how much "life" has "accelerated" these days. And looking at areas such as transportation, communication, or digitalisation, pretty much across the board, the pace really does seem to have increased. And further presuming that the inference is true, it would certainly help explain the level to which most of us like to clog our schedules at this point: working, working out, working on side projects, self-educating, socialising, travelling, partying, and maybe even raising kids in between. Well, life is faster, so why not make the most of it and complete as many tasks as legal stimulants allow you to tick off.

Similarly, the "world" has also become a much "smaller" place. No distance too great, no destination too far. One travels halfway across the globe and still has a chance meeting with some old acquaintance here and there. And, not to forget, all the close friends that have left the Grand Duchy and moved on to other parts of the world. "A wedding in Tokyo? A birthday party in Berlin? A graduation ceremony in New York? Sure thing, let me book a flight real quick…"

What does the combination of a faster life and a smaller world imply though? Are we now, figuratively speaking, race car drivers with faster vehicles, but placed on a smaller track? Sounds like a pile-up in the making, but it might also just be the wrong metaphor.

Anyhow, with these thoughts in mind, I cannot help but recognise a certain irony in another area of life, one where the opposite of acceleration seems to have occurred. I find it difficult to put a name on what I mean exactly, maybe it is growing up, maybe it is becoming an adult, or maybe it has more to do with gaining independence. All related, but not really the same thing.

I think two of the factors that help enable these processes, and moreover determine the speed at which they can be completed, have recently evolved in a conflicting manner, given the presumed state of our current lives.

University, and more particularly university degrees, have certainly undergone a change in status: from exceptional trait into required norm in what seems like only one, or two generations at best. And within that same short time span, international agreements and standardisation processes have raised the minimum time requirements to complete a degree. So, while some places still allow you to complete a Master’s degree in one year, a Bachelor is almost guaranteed to last three. Not necessarily the busiest three years of your life, but unavoidable if your aim is to enter a specific job market on a certain level.

Naturally, there are also individuals who finish high school and try their luck in private entrepreneurship, and I do not mean to discard them in any way. Good on you for taking the leap, and even better if you were successful! It may not be the safest bet (for somewhat obvious reasons at the moment), but if done well, it definitely helps people reach the major milestones in life faster compared to those who choose the academic detour.

I myself am now at a point where I have spent as many years in university as I spent in high school. And I still have a few ahead of me (by choice, not because I keep failing courses, I just discovered a passion for research that made me stick around. What can you do?). Although the studies have not prevented me from doing both part- and full-time work in alternating manner, I have to acknowledge that they have still significantly increased the amount of time it takes for me to become a fully-integrated and "respectable" member of society. And if I keep pondering about how fast the world has supposedly become in contrast to how slow the study process is designed, I wonder, have I failed to live up to the pace of the new world, or has the academic system failed to do so? And if so, does that mean the latter has failed me in return?

When my parents were as old as I am now, they already had two children, a job, a car, a dog, and their own house (the majority of which they built with their bare hands, if the stories from the old days are to be trusted). Now I may have advanced a tad further in some other areas of life, but I am quite far from completing that magical set before turning thirty. Which brings me to the second factor I alluded to earlier: housing.

Aside from bad Covid news, the housing crisis remains one of the strongest fuels for lamentation these days. Even if we leave the ridiculous prices aside for a moment, for many it has become a frustratingly long wait until they can even start thinking about moving out and purchasing a home. After all, some of the university degrees still only guarantee entry-level positions, and thus the accordingly moderate salaries. One definitely has to be patient. But easy, given that it sure is great fun to move back home while trying to accumulate those valuable pay checks. And while you are busy doing that, the news will make sure enough you do not forget about the prices.

Is it still realistic to start thinking about turning into an independent and self-reliant adult when you are only twenty? It certainly was the case not too long ago, but is it still so today? Or has the world evolved in a way where all life-changing decisions have been pushed back for at least another five years? Whichever may be true, I know that in spite of what you occasionally hear about our current lives and the world, they can both still be incredibly slow at times. But let’s wait and see how fast things are moving once I have hit the thirty.