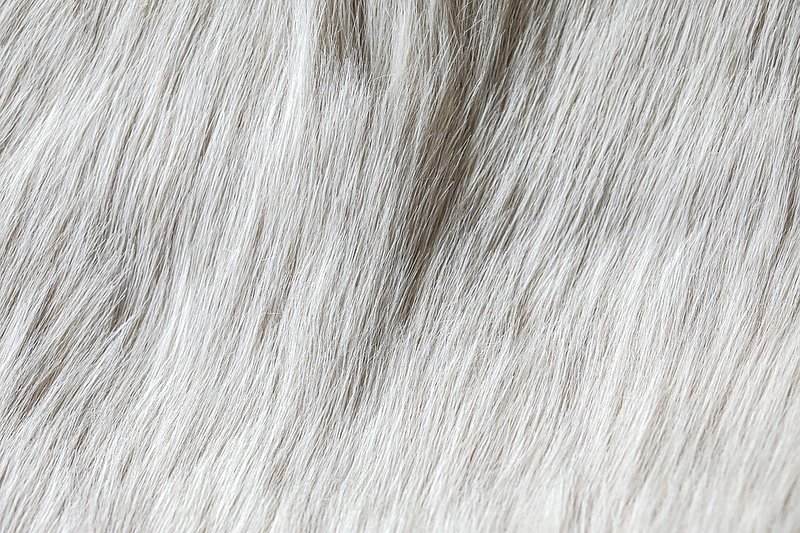 … that’s today’s question. And, contrary to popular belief, I don’t think that the correct answer is as black-and-white as one might believe.

If you consider the fashion industry as a whole, I believe that morals and ethical correctness are terms and expressions that are rather loosely applied and interpreted. As such, many insiders have found themselves in a tricky position when the multiplying animal rights activists and sustainability advocates have started bashing real fur while putting their faux counterpart forward as an ethically correct alternative.

I’ve stopped counting the amount of times I’ve heard people say that they wouldn’t wear real fur because it was ‘cruel’, ’wrong’ or ‘dirty’

If you ask me, there’s an inherent problem with that statement. Rather than asking which one of the two is ‘better’, the question should be which of one is less bad - to which I’d generally answer second-hand real fur, or none. Before you start calling me all names under the sun, hear me out.

Let’s be honest here, both options aren’t exactly great. Contrary to popular belief, I think that there’s no correct answer to the question above, as it’s simply a matter of priorities and ethical standards.

I’ve stopped counting the amount of times I’ve heard people say that they wouldn’t wear real fur because it was ‘cruel’, ’wrong’ or ‘dirty’, which, as a statement in itself, I agree with. It’s a fact that, despite some efforts for international regulations, the fur market is exactly what you’d call an ethical trade. One of the most recent examples was the killing of millions of minks in Danish fur farms.

The reason for this massacre was that many animals caught a mutated version of COVID-19 and the Danish government decided to stop fur production until 2022 out of fear that the disease might spread amongst people.

My problem with the criticism of real fur isn’t that I think the fur industry is ethically correct - I’m neither delusional nor a monster. But, after hearing the criticism from more people than I can count, I came to the personal conclusion that most of those who are so vocal about the injustices in the fur market are rather ignorant or, in some cases, pretty hypocritical.

The amount of times I’ve seen those same critics scream about animal rights and - another heated and increasingly popular topic - sustainability while wearing leather boots, silk shirts or faux fur is ridiculous. Why I’m mentioning this? Well, I’m glad you asked.

The sad reality is that genuine leather remains in high demand

Let’s start off with the leather boots. It’s probably no news to you that leather, just like fur, is an animal-derived product. While we’ve made quite a bit of progress in terms of synthetic leather alternatives - for instance, there’s Dr. Alexander Bismarck and his colleague Mitchell Jones who are currently trying to make leather out of mushrooms - the sad reality is that genuine leather remains in high demand. According to GrandViewResearch, ‘the global synthetic leather market size was valued at USD 29.3 billion’, but ‘genuine leather was (still) estimated as the largest material segment in 2017’.

Swiftly moving on to our silk shirt. Do you even want to talk about the fact that about 6.600 silkworms are ‘boiled or gassed alive inside their cocoons’ to make one - yes, 1 - single, tiny kilogram of raw silk? Yeah, I didn’t think so.

Last but definitely not least, the problem with faux fur. Similar to synthetic leather, our current fur alternatives are made using a highly chemical process where petroleum, coal, water, limestone or air - which, by the way, are all considered non-renewable sources - are transformed into polymeric fibres, which are essentially plastic. So, yes, no animals are directly killed in the process, but neither the production nor the resulting product are anywhere near being sustainable - at least for now.

As such, my question is: would you rather wear a second-hand coat made of real fur or buy a brand new faux fur one? Personally, I don’t think there’s a right or wrong answer to that, because at the end of the day, it all boils down to personal priorities and preferences.

The point of my rambling wasn’t to convince you that real fur is better than their faux counterpart, but simply to make you think and - if you really want to do me (and yourself) a favour - motivate you to do your own research before damning everyone who dares to disagree with you.