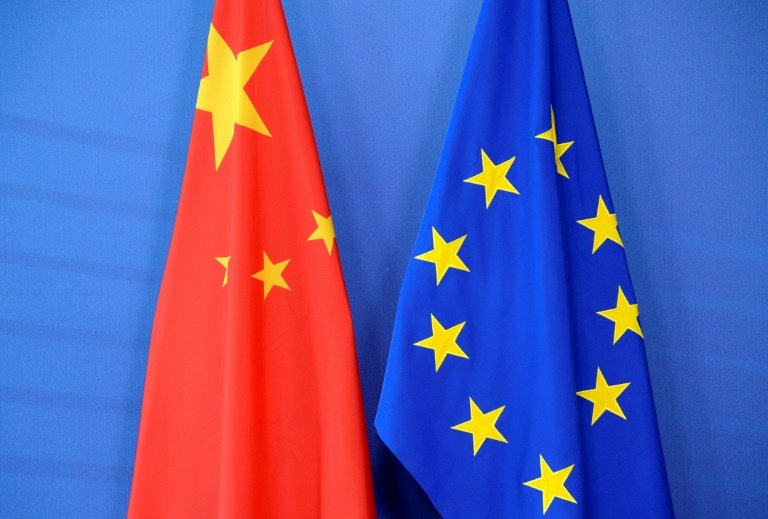 On the surface, Germany’s presidency of the EU council which ended on 1st January may go down as the most successful in decades. A 750bn Covid-relief package was shepherded through in July. Hungary and Poland were persuaded to sign off on rule of law clauses they initially blocked. The first vaccines were approved and distributed. And to top it all off a widely-celebrated investment deal with China was struck.

Putting aside the deal’s economic upsides for both sides, only China benefits politically

Both have signed up to mutual investments and easier access to each other’s markets. Particularly for Europeans this is seen as a coup. Foreign companies usually experience several bureaucratic hurdles when operating in China, which should now be significantly lowered. Whether China will actually follow through remains to be seen. China never implemented similar demands that it agreed to when it joined the WTO in 2001. The European Parliament will have the last word on it when it is called to ratify the agreement.

If one digs a little deeper, however, the deal between Brussels and Beijing is no cause for celebration, much to the contrary.

Putting aside the deal’s economic upsides for both sides, only China benefits politically from it. The EU has already been woefully reticent on Beijing’s crackdown in Hong Kong after the Chinese Communist Party (CCP) imposed Draconian security laws on the semi-independent territory in June. More shockingly still, Europe’s inaction on human rights abuses in Xinjiang is humiliating for a bloc that congratulates itself on upholding democracy and civil liberties. 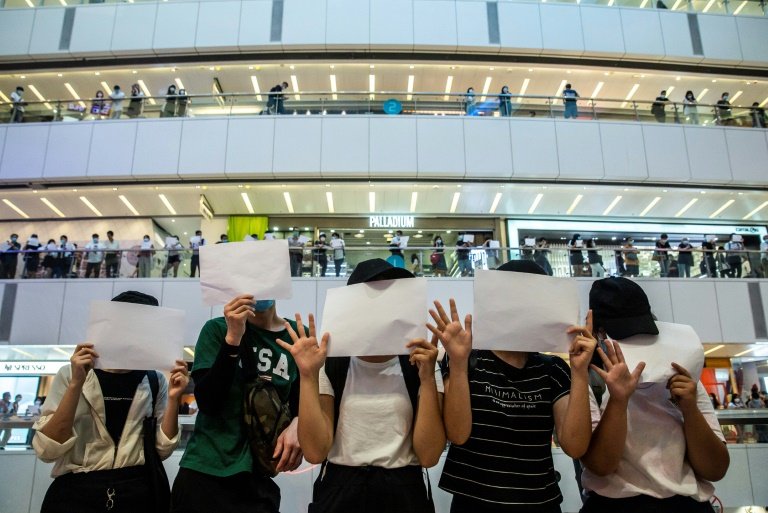 Over a million Uighurs, a Turk-Muslim ethnic group, have been incarcerated in “re-education camps” - a fancy word for state-of-the-art concentration camps. Beijing’s security forces arbitrarily arrest, beat and torture Uighurs. Women have reportedly been forcibly sterilised; children are brainwashed – “harmonised” as the CCP says - to disavow their parents’ faith and customs. None of this is done covertly. It needn’t be; Europe is seemingly willingly looking the other way out of fear of economic repercussions. The investment deal further underlines that.

Above all, the deal bears the trademark of Angela Merkel. In Germany there is a powerful and vocal lobby of China enthusiasts, in particular car manufacturers, who relish the agreement and who generally advocate for maintaining good access to China’s one-billion-consumer market over criticising it. This gives Merkel little room to call out human rights abuses as this seldom goes unanswered by Beijing. Regardless, Merkel is no one to rub negotiating partners the wrong way anyway. This has earned her respect and influence with a range of authoritarian leaders across the world including Hungary’s Orban, Turkey’s Erdogan and Russia’s Putin. President Xi is on that list too.

Striking a deal with China has somewhat been borne out of economic necessity. The EU’s GDP contracted by some 10% last year while China’s economy grew. Europe’s economic recovery is slow and further impeded by yet more waves of Covid-19 and sluggish vaccine rollouts.

What is most frustrating about the investment deal, however, is that it presented the EU with the perfect opportunity to press genuine concessions out of Beijing. The agreement does talk about China making “continued and sustained efforts” to ratify international conventions on workers’ rights, specifically regarding forced labour. But anyone who knows how China honours international agreements is aware that such clauses are not worth the paper they are written on. The absence of any clauses that seek to protect the rule of law in Hong Kong, let alone a mention that the civil liberties of its citizens should be upheld, is painfully conspicuous.

Opportunities: past and present

More than a missed opportunity, the investment deal hands Beijing a desperately needed public-relations victory – and I cannot stress desperately enough, hence the missed opportunity. Because 2020 was not a good year for China and its leader Xi Jinping, despite its apparent achievement to contain Covid-19 more effectively than most Western nations.

In fact, China has slowly become a pariah state in the eyes of many Westerners. Officials in Wuhan purposefully downplayed the Covid-19 outbreak – out of fear of reprisals from comrades in Beijing – and in return Beijing held back corresponding reports for several weeks. This wasted precious time that would have allowed other nations to ready, or at the very least partially prepare, their healthcare services. When Australia called for an independent probe into the origins of coronavirus, China put retaliatory taxes on Australian exports. The CCP then unleashed an armada of sharp-tongued diplomats who are tasked to sell the world, however brazenly, on China’s fanciful tale that coronavirus did not spread from China.

The EU deal signals to China that the EU is willing to look the other way if the price is right. Just days after announcing the deal, the CCP arrested over 50 pro-democracy politicians and activists in Hong Kong. No one should be surprised: Beijing has bought our implicit consent. 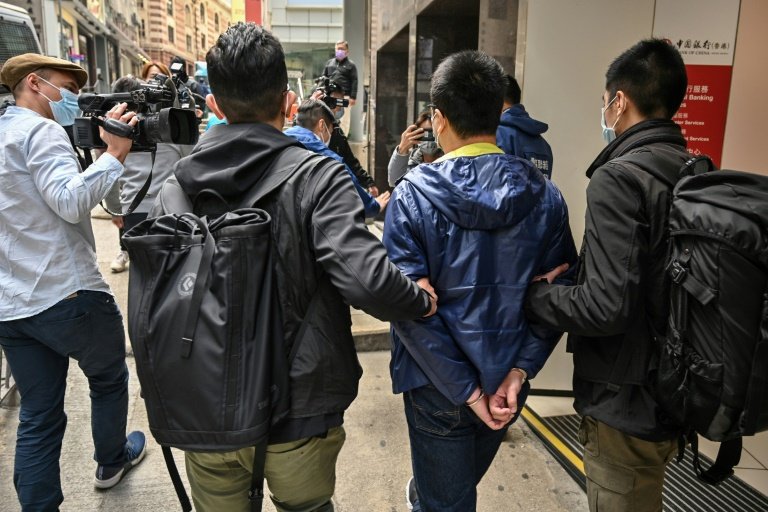 The deal is also setting yet another dangerous precedent. It signals to other nations that, should EU interests be on the line, the bloc will reluctantly, but gladly, condone human rights abuses. Erdogan, Putin and other autocrats are paying attention to this. They too hold leverage over the EU, be it in form of another refugee crisis or Siberian gas. In times when the US is increasingly seen as a waning leader in the promotion of democracy and human rights, the EU should be picking up the mantle, not cheaply tossing it away for commercial gains.

And that brings me to my last point. The days of Donald Trump and his diplomatic vandalism are numbered; he will leave office on 20 January. President-elect Joe Biden has already said that he seeks to restore US leadership on the world stage. He will re-join the Paris Climate Agreement that Trump quit. He will revoke the US withdrawal from the World Health Organisation that his predecessor ordered. And he will try to re-enter the Iran nuclear deal that Trump tore up and which Germany, France and the UK are still upholding.

In essence, Biden wants to achieve his ambitious foreign policy agenda through a close relationship with the EU. How to handle China will be a cornerstone of future transatlantic relations. Specifically, Biden plans to convene a “club of democracies” to coordinate responses to China’s increasingly assertive posture, ranging from its human rights record, corporate espionage, trade antics and geopolitical manoeuvring in East Asia. 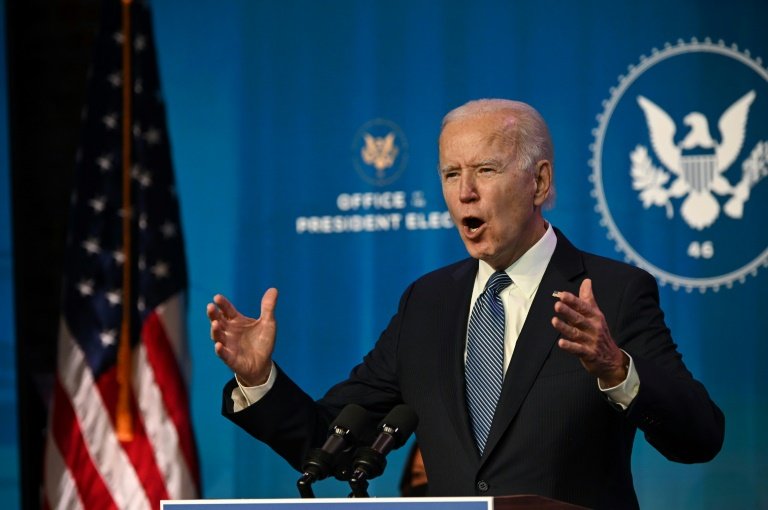 The EU deal with Beijing is a kick in the teeth for the new administration, which is likely to continue some of Trump’s Sinosceptic policies. Biden’s designated national security advisor Jake Sullivan asked Brussels to hold off on signing the deal until Biden is inaugurated but his plea fell on deaf ears. Brussels says it struck the deal out of “strategic autonomy” – a term coined by French politicians to underline the EU’s envisaged (and utterly unrealistic) self-reliance in international affairs. It is neither strategic to hand Beijing an unnecessary diplomatic victory, snubbing the US in the process, nor does opening up to China offer much autonomy either as recent history suggests.

From that point of view, rushing to conclude a comprehensive investment deal with a fundamentally undemocratic and repressive regime is naïve. For all its flaws, the US is still Europe’s most important trading partners and, most importantly, its security guarantor. But our relationship with Uncle Sam goes beyond such practicalities. We share a common belief in democracy, the rule of law, freedom of press and religion, as well as the dignity of human life, whilst Beijing does everything in its power to curb all of the above. Admittedly, these values took a colossal hit in the last four years – certainly after the storming of the Capitol last week.

Yet, the West’s own shortcomings – and there are many – do not excuse nor do they even compare to the scale of human rights abuses that Beijing has been responsible for in recent years. Brussels is, understandably, scarred by four years of Trump’s wrecking-ball diplomacy, which explains how the China deal came about. But if the EU truly sees itself as a superpower that seeks to promote democracy, the rule of law and civil liberties, Beijing is a foe rather than a friend.

Thus far the EU has also done well not to get sucked into the Sino-American conflict that has seen trade tariffs and barriers erected between the two powers. Decoupling globalised supply chains from China, as the US have repeatedly threatened, would trigger a huge economic shock for Europe. Brussels has a vested interest in avoiding taking sides, hence the investment deal. But ultimately China’s or America’s economic, military and ideological clout will push Europe into a corner where it will need to commit to one side or the other. The propagated middle of the road approach will eventually run into a dead end.

For all the pessimism that this article may have sown, I still believe that signing an investment deal with China will not wreck the prospect of close future collaboration between Biden and the EU. It may even provide some leverage over the US when the lifting of trade tariffs will be discussed. Still, it was short-sighted and naïve to hand Beijing a diplomatic victory just as a new US administration is about to take office, and with it the hope that vile human rights violations have consequences once more.

Joe Biden is determined to mend the bridges that Trump’s America-First polices burned. We should meet him half way.