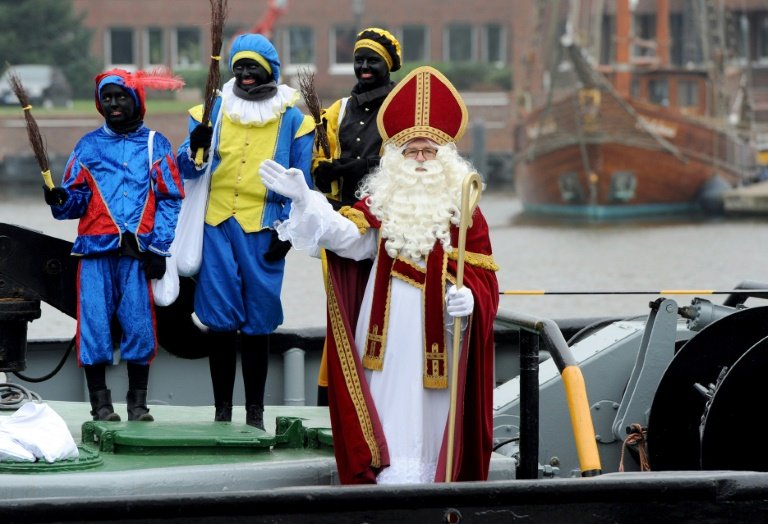 An annual holiday, celebrated for hundreds of years, is at the forefront of a debate about culture, folklore and racism, placing traditionalists face-to-face with progressives in defense of traditions, writes Josh Oudendijk.

In Maastricht, over the weekend, a few dozen Kick Out Zwarte Piet (KOZP, or "Kick Out Black Pete") protesters peacefully gathering to voice their concern for the character's racist depiction were met by hundreds of pro-Pete demonstrators, letting out a deafening "Zwarte Piet" chant throughout the city. Some were troublemakers and started shooting fireworks at the crowds; riot police had to interfere, with undercover civilian cops swiftly taking down hooligans.

Sinterklaas, or Saint Nicolas, is one of the most important celebrations in the Netherlands. Children tend to get their presents on 5 December, rather than on Christmas Day (some are lucky enough to get them twice). Each year, thousands of people flock to a coastal town to see Sinterklaas arrive on his steamboat from Spain, along with his helpers. Sitting on a beautiful white horse, Sinterklaas rides through town in a procession. His helpers, called Zwarte Piet (Black Pete), hand out gifts and sweets, and are known to support the old Sinterklaas in delivering gifts to the children on 5 December. Sinterklaas is played by a white old man, but the Black Pete's are also white, dressed in colourful costumes with their faces painted black.

Traditionally, Black Pete was somewhat of a muscle man to Sinterklaas, said to pack disobedient children in his sack and take them back to Spain if they behaved badly throughout the year. While this story is still being told, nowadays he's a kind man, leading Sinterklaas' horse and doing the hard work by delivering presents.

Anti-racism activists see Black Pete as an example of how racism and slavery are still present in Dutch tradition today.
According to tradition and storytelling the reason why Black Pete is black is because he clambers up and down chimneys to deliver presents, thus getting dirty with soot. But this is just a cover up for a racist tradition, some believe. While many agree that it is time for the country to move on, pro-Pete protesters say that removing him from the celebration is like shoving a dagger into Dutch tradition. 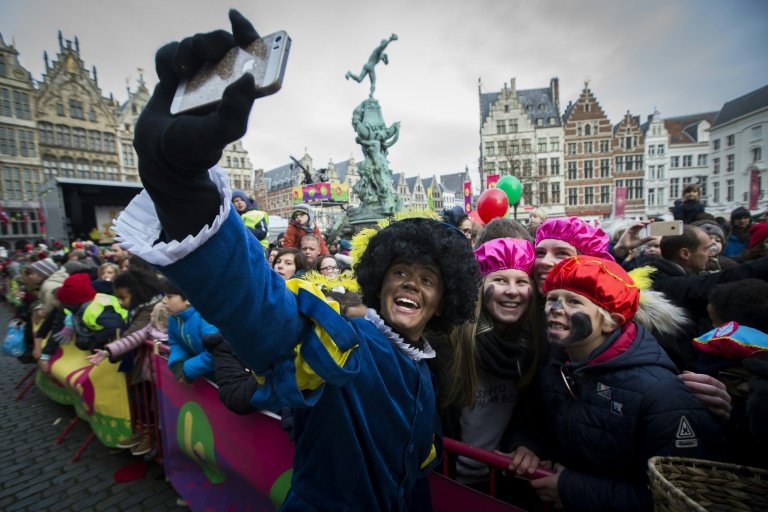 Anti-racism activists see Black Pete as an example of how racism and slavery are still present in Dutch tradition today.

Now that the protests have gained the attention of foreign media, is it becoming significantly clear that Black Pete is in fact a racist stereotype, and not just some entertaining folkloristic character. Opinion pieces from journalists around the world share this concern and, without interfering with Dutch domestic issues, subtly urge the government to rethink its celebrations.

A report published by the Dutch Ombudsman concluded that black children were frequently teased and called "Black Pete", especially in the weeks surrounding Saint Nicolas. Especially after the killing of George Floyd, protests in Amsterdam and Rotterdam relighted the topic ahead of December. Pro-Pete demonstrators argue that it is all just tradition, and that Black Pete was never depicted as a slave. But then why the curly hair, red thick lips and golden earrings?

Television is a big part of the debate, but also the solution. In the weeks leading up to Sinterklaas' arrival, a children's programme covers the group's journey on their steamboat, often with dramatic incidents such as forgetting the presents, or not knowing where they are headed. Young kids will find the programme entertaining, as did you editor, and not necessarily consider any racist correlation, but the debate has brought the topic to the forefront and made us rethink the traditions we grew up with. Just because something was tradition does not mean it should be continued. Think of genital mutilation, or bull fighting. Meanwhile, the TV programme is struggling to find an alternative of how to depict the helpers. But if you turned them into all colours of the rainbow, children wouldn't even question it.

This is a good thing. The debate is turning grim between traditionalists and progressives, carving fault lines between neighbours. It is time for Dutch society to let go of its past and look forward in a country that is not only white. More and more white Dutch folk are starting to understand and share the anti-Pete movement. PM Mark Rutte said he was sceptical of the tradition, telling parliament he believed " in a few years there will be no Zwarte Piets any more".