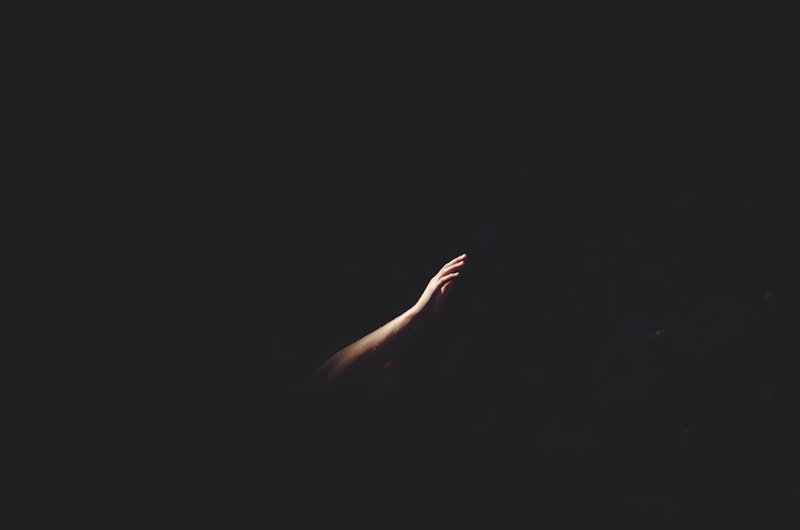 What lessons do we learn from our stories? - Disclaimer: I am at the beginning of my career and not an experienced mental health professional.

There are many different kinds of stories. They are told and retold through myth and legend, religion and hearsay, through advertising and education; oral histories passed down through generations to transmit knowledge and learn from past mistakes.

According to Christopher Booker, there are only seven basic plots in the history of narratives: Overcoming the Monster, Rags to Riches, The Quest Voyage and Return, Comedy, Tragedy and Rebirth. Narrative arcs have a beginning, middle and an end, they follow a linear path and come to a conclusion. Obstacles are overcome, and lessons are learned.

The German “Bildungsroman” refers specifically to this particular kind of growth and progress, it is a narrative of an education. Stories are often instructive, and this is achieved either through fear or inspiration: think of fairy tales that warn of crying wolf, or laud perseverance. Tales of loss and conquering cut through the thick fog of failure, emerging on the other side, victorious. Darkness is always temporary.

But how much space do we really make for the reality of failure? Outside the realm of the storytelling, those who roam, stray or are lost from the flock move through a punitive framework – even if their movement is propelled by need. Four to six week delays for universal credit, a rising demand for foodbanks, proposals for offshore detention centres and a notorious immigration system are only a few examples where we can see that struggles are often exacerbated and even penalised.

So what happens when this darkness, this pain and suffering persists? When it is part of who you are, whether by actions lived, by genetics, or by circumstance? This question has been swirling round my mind since I started a job as a recovery worker in supported housing. In a very short span of time I have worked in a variety of services, from detox centres to hostels housing individuals with substance abuse problems or registered offenders with psychotic disorders, and it made me aware of how blind I have been to whole layers of the community.

The reason why I am questioning our social narratives is because, before I started undertaking this work, I considered myself a very liberal and tolerant person. Nevertheless, I quickly realised that binary opposition is built into both mind and method, the individual and the system. I no longer questioned these judgments, not really.

To put it bluntly, I assumed that if you killed someone, you were and are a bad person. Of course I was aware that extenuating circumstances exist, but bar those, murder was synonymous with evil. That was it, silently and tacitly assumed. I didn’t go much further than that.

But then I worked with people who had done just this, and I found myself having to question that logic. I practiced reading with someone convicted of sexual assault, I cooked with people charged with grievous bodily harm. I joked about with, and got vaguely annoyed at, an arsonist. I feel guilt when I think of the victims, survivors and families, and find myself asking how deserving of a second chance people really are.

I focus on recovery and redemption in people that I never actively included in my idea of society, partly because of my own socioeconomic status, and partly because we systematically exclude them as reality.

This invisibility is mutative, however. It is not a protective camouflage. Failure is a way to inspire fear and to scapegoat, we ‘other’ what doesn’t fit and define it as abnormal. There is this bizarre omnipresence of failure we are always trying to escape, a lack we are trying to make up for, a “best” we strive for. A boom in self-help books betrays a nation crippled with self-doubt and stress, the average citizen is never enough. Success stories sell; we crave happiness like a product we strive to afford.

Christian Salmon, in his analysis of storytelling in modern society says “storytelling is assumed to be a way of policing behaviours (…) a way of regulating social relations, of transmitting knowledge (…) a keeper of memory (…) a vector of experience and innovation, a tool for training leaders and a school of obedience, a crucible for forging an identity and a catalyst for change” (p.65 in “Storytelling: Bewitching the Modern Mind, 2008).

At the same time, the real “failures” – the violent, incarcerated, medicated, addicted, themselves victimised, abused and assaulted – are not and never will be part of mainstream society. That is at least what I was lead to believe. The media is slowly changing when it comes to portrayals of mental health, but stigma continues around illnesses such as schizophrenia that perpetuates an “us and them” narrative, reinforcing our sense of alienation and fear of the other.

When stories of failure are omitted save the times they are sensationalised and used as funnel for public outrage, they only entrench divides. We lose the thread and cannot weave anything coherent and productive that allows us to deal with reality. We maintain and live by this dual script of abundance and scarcity, where we have more than ever before, but we have nothing to give and no space at the table. We are born in great, rich nations where people not only fall through cracks, they are caught in a yawning abyss.

Documentaries such as “13th”, Louis Theroux’ numerous ventures in American prison system (such as Miami Mega Jail) and a whole host of Netflix features have galvanised more conversation around the penitentiary system and the life of its inmates, begging for a renewed understanding of incarceration rates. Rising recidivism questions the validity of promised “reform systems” , while the now scrapped IPP system (indeterminate sentences for public protection) reveals we don’t believe in recovery in the first place (see Norway for alternatives). Individual failure is built-in.

What kind of space are we sending our “failures” to, and what awaits them when they return to society? Who and why are they failures, and what part do we play in failing each other?

It is easier for the human mind to consider life in binary. People, actions, thoughts and behaviours are either good or bad. Such a Weltanschauung is easier to digest, something German sociologist Georg Simmel already noted in the beginning of the 20th century in “The Metropolis and Mental Life”. The messiness of metropolitan life is difficult to process. Education is the root of this distinction, and we consider children to be unable see a world in full.

However what we are doing is creating a pinball shaped reality that ricochets between extremes, and leaves many feeling alone and unrepresented, exacerbating the cycle of silence and violence that intermittently explodes into scandal.

Surely we can do better? Can we incorporate difference and realism into our education and narrative that doesn’t belie that the world can be a harsh and challenging place to live? We can choose not to demonise and villainise or victimise suffering in a way that removes agency and dignity.