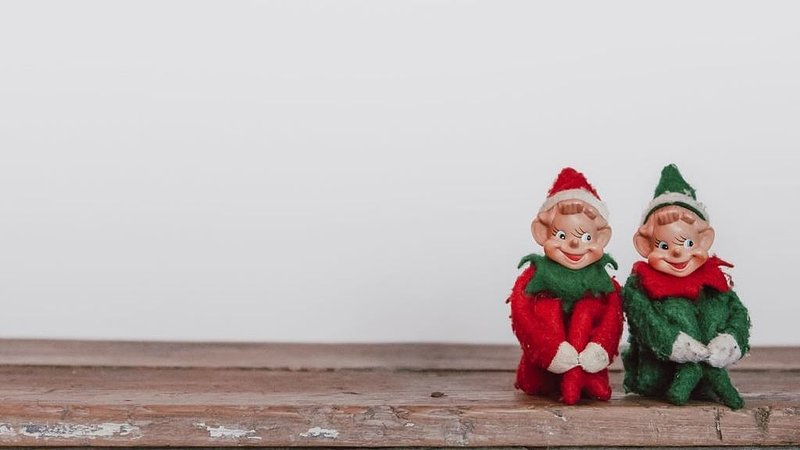 With the festive season, it's time to debate an ever-recurring and frivolous topic, one that exposes cracks in even the closest of families: when exactly is it permitted to play Christmas music?

By 2021, Christmas music has become a beast of its own: in the United Kingdom, specialist Christmas radio stations are born for the final months of the year and exclusively play Christmas songs. Indeed, we have enough of the classics and new Christmas songs for several playlists to happily go on without repeating, something streaming services have capitalised on. But when exactly is it appropriate to embrace Christmas music with full gusto (or not, if you hate all Christmas music with a passion)? We have diverging opinions here at RTL Today, so we thought we'd share them and then pass it over to our audience...

As a 27-year-old millennial, I unabashedly enjoy Christmas music and have long learnt to drop the 'guilty' aspect of 'guilty pleasures' in music. I have actually mellowed, as a teenager I would be desperate to get the Christmas songs going in early October, only to be told to reign myself in. Now, I firmly think November is a good time to go full throttle and get Mariah Carey and Wham on repeat.

Have I perhaps been slowly indoctrinated by the commercialisation of Christmas, having lived in the United Kingdom for five years? Perhaps, yes. Christmas decorations are put up earlier and earlier and every supermarket does its own spin on a Christmas sandwich (which other news outlets have gone to great pains to review and rank), and I think after a certain amount of time that has had its effect on me. There is also definitely a type of Schadenfreude in inflicting Christmas music on other people who may have stricter deadlines. Just listening to music and then bam! (or should I say Wham!), suddenly your ears are filled with 'Last Christmas', 'All I want for Christmas', or even 'Mistletoe and Wine'.

At any rate, I find Christmas music very enjoyable. I do recognise there are limits to that - for instance, I wouldn't expect retail workers to have anything but a burning hatred of Christmas music. There can be too much of a good thing, after all.

Christmas top three: Driving home for Christmas by the Overtones, Feliz Navidad by José Feliciano, and Mistletoe and Wine by Cliff Richard. Toons. Also honourable mention to Don't Shoot Me Santa by the Killers.

As a proper mid-life crisis in stasis, I'm not a fan of the Christmas Period as a whole. As a dad and husband, I have had to perfect the 'yes, that is lovely' smile and the subtle pushing away of gifts for a little over a decade, and I am proud to say that I am getting there.

I have previous form in the retail work environment Nathalie mentions above, having worked in both NEXT and River Island over Christmas Holidays (and the infernal Boxing Day sales) and I fear that at any given moment I will do a full Manchurian Candidate. That is to say, eight weeks of funnelled Christmas music is excruciating.

Christmas music to me has evolved over the years: as a kid it would be listening to the radio or whatever the folks were listening to (Free/Bad Company/Sinatra - I think) and then I listened to what the hell I wanted as a moody teen, these days, it's the token Radio 1 - Live Lounge CD (bought for me as a gift) or whatever the nippers are listening to but Christmas song cycles are generally short and sweet (sound tracking the present opening massacre) - except that one year, now known as The Bublé Disaster, where we all got exceptionally wound up by the crooner's insincerity.

Also, I'm a trained cynic (Brown belt 2nd Dan) and I find a lot of the supposed' joy' of Xmas Songs to be forced and faked, not unlike the countless classics that are hijacked by whispering fops to foist atop commercials for department stores.

So, I'm off to polish my baubles....by myself, thanks kindly.

And while we are at it, Christmas films: Gremlins, Elf, Die Hard (and Home Alone, just because).

As someone who avoids leaving the house unless absolutely necessary and suffers from severe podcast addiction, it is not very common for me to be in an environment where I'm subjected to unwanted aural intrusions. I do remember a time before podcasts, though, in which I also lived in a slightly bigger city and had not yet lost the will to be around other people, and at that point I did find the insistence on piping out Christmas music everywhere rather a nuisance.

One of the great advantages of life as a semi-hermit is that I get to listen to what I want, when I want, and should one of the rare days on which I would prefer music over a podcast happen to fall around Christmas, I will quite happily put on some Christmas tunes.

Christmas top three: Jingle Bells - Bing Crosby, Last Christmas - Wham!, Rockin' around the Christmas tree - Brenda Lee. I guess. Ask me tomorrow and I'll give you another list after a quick bit of googling.

I'm a bit of a party-pooper when it comes to Christmas music. As a musician, I approach the festive days from a music industry perspective, which, trust me, can really kill the fun when we have friends over for dinner. To me, singles released in the month of November and December always have a festive twang to them, and that being for commercial reasons. When listening to the tunes I'll be thinking: how much money was made in royalties off this track? Did they really have to add a reggaeton beat to those bells? And then I'll splurt out the occasional mind-blowing fact (boring to the guests): did you know that Slade earns £1 million each year with "Merry Xmas Everybody" from royalties and licensing to use the song for video and advertising?

It's no surprise that every major artist has put out either a Christmas single or full-on Christmas album, even if they don't really want to. Record labels will push them to release one. But what I do appreciate from the bottom of my heart, however, is the choral and classical music my mum puts on when the family comes over on Christmas eve. It's tranquil and subtle, which hasn't been put out forcefully by a music mogul. A week before, sure, but please not earlier. I just get fed up with it.

There are but a few highlights to the dark, dank season of SAD... and in my humble opinion, one such highlight is when UK radio stations switch to their dedicated Christmas music channels. A bit of Mariah on Heart Xmas to cheer up a gloomy November morning? Yes please! Rocking around the Christmas tree to detract from the relentless onslaught of Black Friday discount emails? Why not?

Is it a nostalgia thing? Absolutely. Christmas songs remind me of being a kid, tapping my toes to the magical shopping scenes in Home Alone II, or dancing around the kitchen and getting underfoot while my mum made her traditional Christmas cakes. For me, the sound of jaunty bells, classic carols or the dulcet tones of Michael Bublé instantly transport me back to rose-tinted, simpler, happier times, so I will always be that person who sneakily tweaks the office radio before the Halloween pumpkins have fully disintegrated. 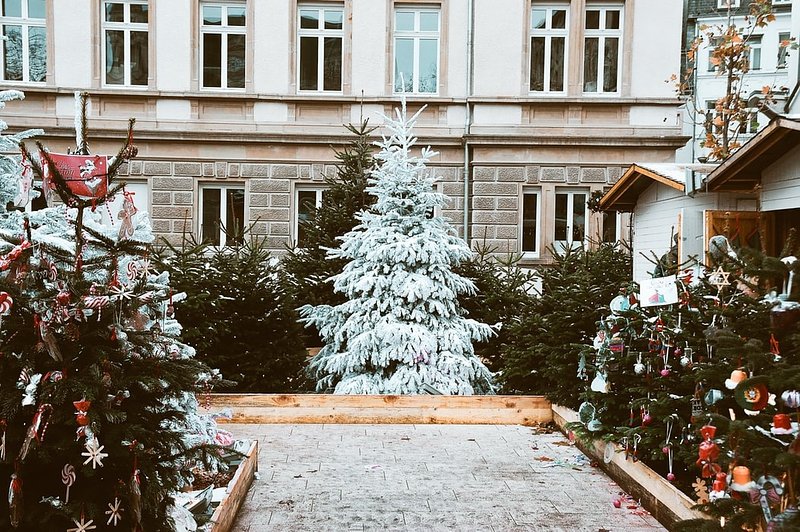 On a serious note, I, like many others, struggle on winter's short days and long, dark nights. For some of us, the joy of Christmas music can help to ease the struggle, no matter how manufactured or calculated the tunes may be. It's akin to travelling home in the evenings while the Christmas lights twinkle, to detract from the fact you left home in the dark and returned in the dark.

And although we're not driving home for Christmas this year, there is still the prospect of my pre-schooler's Christmas concert, for which I will require every ounce of festive spirit(s). So let me have my Christmas music - it's that wonderful time of the year, after all.

How do I feel about Christmas music? To be honest, I am blessed with the ability of highly selective hearing. Usually I can tune out most things that I’m not too keen of being aware of, so I’ve never been one to have a very strong opinion about it.

That said, I’m not one to have the Christmas tunes blasting out come November. I do believe these preferences are largely tied to family traditions, and in our house it wasn’t until the Christmas Day itself – maybe Christmas Eve at a stretch – that we would put our one and only Christmas CD on: A Christmas Gift for You from Phil Spector. On repeat. For the whole day.

This is the album that epitomises the Christmases of my childhood, and it probably remains my top Christmas album of all time. I don’t remember ever listening to anything else, apart from once a few years back when my dad erroneously bought a “Top 100” Christmas tracks – it didn’t last.

I have recently taken it upon myself to extend our festive playlist however, although it still doesn’t get put on until the 25th. It’s basically involved googling “alternative Christmas tracks” (Snoop Dogg’s Christmas in the Dogghouse, anyone?) and finding things I don’t hate; 27 years of the same 13 tracks does get a bit samey, however great they are.

So while I find November preparations and celebrations a little premature, I’m not going to Grinch out or anything. The Christmas jumpers don’t make it out until maybe week 2 or 3 of December (I’m looking for a Star Wars one, any pointers on cheapo potentials, hmu) but I appreciate seeing other people wear them, especially if they’re funny.  Live and let live etc. And if music’s blasting out from all corners of the snow globe, I’ll either hum along or just ignore it.

Favourite Christmas songs: The Pogues feat Kirsty MacColl – Fairytale of New York, Everything But The Girl – 25th December, Earth, Wind, and Fire – December (yes it’s what you think it will be and it’s amazing), and, if I may add, the entire Phil Spector album.

Call me the Grinch but I hold no love for Christmas songs. They're a bit like roadworks in Luxembourg: they'll haunt you wherever you go, start way too early and end way too late.

They're also a painful reminder that the duty of buying gifts is approaching relentlessly - despite my bank account not being ready for it. Don't get me wrong, I love spending time with my loved ones during the festive days and doubling my weight (my grandma's traditional fish soup is just too good for this world) - but traditional Christmas songs play no part in this.

A song I've nevertheless personally come to associate with Christmas (and feeling close to a special loved one) is "Chan Chan" by Buena Vista Social Club.

---
Now that we've shared our thoughts, it's over to our readers - where do you stand on Christmas music? Let us know in the comments!