First heralded as a liberator who rid the former British colony Rhodesia of white-minority rule, Robert Mugabe will instead be remembered a despot / © AFP

Today, many an obituary has been written about Robert Gabriel Mugabe, the former Zimbabwean president who died aged 95. Until November 2017, myself and many other individuals thought that Mugabe would die in office, refusing to relinquish his grasp on the presidency of the southern African country.

Surprisingly, Mugabe was ousted, although in part due to his wife’s attempts at solidifying her own power, a move the ZANU-PF leadership battled against fiercely, even deposing their ‘father of Zimbabwe’ to ensure Grace Mugabe did not ascend to the leadership of the party and the country.

An interesting phenomenon in the writing of Mugabe’s obituaries is the rather neat trajectory they lay out: Mugabe went from liberator to tyrant, increasing his dictatorial tendencies over the years. In these trajectories, the high point of his violence is ascribed to the noughties, especially given the violent and racially-charged land grabs targeting white farmers. The 2008 election, which ended up in a government of national unity with ZANU-PF’s rivals, the Movement for Democratic Change, was also marred by intense violence surrounding the elections, encouraged and even endorsed by the ruling party.

I don’t dispute the violence of this decade, but these neat and easy trajectories highlighting Mugabe’s potential as a new postcolonial leader completely forget another and earlier violent episode, namely Gukurahundi. To situate for people who aren’t as keenly invested in Zimbabwean history as I am, Zimbabwe gained its independence in 1980. At the time of independence there was bad blood between the two main liberation parties (each with their own armed wing for the war prior to independence): ZANU (Zimbabwe African National Union) and ZAPU (Zimbabwe African People’s Union). There was a broad ethnic split between both parties – ZANU was by and large associated with the majority Shona group and ZAPU with the Ndebele ethnic group, found mostly in Matabeleland, to the west of Zimbabwe.

Gukurahundi refers to a Shona (Mugabe’s ethnic group) expression loosely translating to “the early rain which washes away the chaff before the spring rains”. Often described as massacres, we should acknowledge Gukurahundi for what it was – ethnic and political cleansing. The campaign, ostensibly described as a way to find and dispel ‘dissidents’ in the new independent country, actually targeted Mugabe’s rivals in the form of ZAPU’s voters and ethnic people. The lines between ethnicity and politics blur at this point, which is why the massacre is not referred to as genocide or ethnic cleansing. 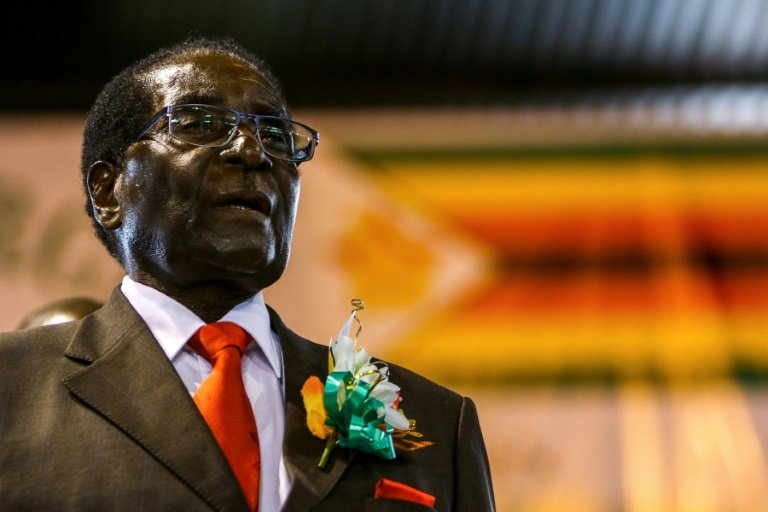 The North Korean-trained Fifth Brigade cracked down on Matabeleland between 1983 and 1987, killing between 3,750 and 30,000 people. In 2005, the International Association of Genocide Scholars agreed upon a death toll of 20,000. However, the Catholic Commission for Justice and Peace in Zimbabwe's report, which has a more conservative estimate of 8,000 deaths, also details extreme cases of torture and cruelty. I read the report for my undergraduate dissertation and still find the memories of just reading about the torture harrowing.

This massacre is part of Mugabe's legacy, but it does not fit his liberator to tyrant trajectory espoused by so many commentators. The 1980s were broadly viewed as the decade of potential and many commentators instead focus on the Unity Accord of 1987, which brought an end to Gukurahundi and saw both parties fuse to become ZANU-PF. I've read articles about Mugabe's death today that don't even mention the massacres, which is an insult to all those who died and suffered at the hands of Mugabe's regime.

Journalist Peter Godwin, a white Zimbabwean, grew up in Rhodesia prior to independence and documented the Gukurahundi killings in his first memoir, Mukiwa. I highly recommend the book for those interested in learning more about Zimbabwe's tumultuous history. Will Zimbabwe face a new era with the death of Mugabe? It seems unlikely. His successor Emmerson Mnangagwa has continued in Mugabe's footsteps, ensuring the hegemony of ZANU-PF at the expense of the country's citizens. ZANU-PF constantly refers back to the liberation war in their rhetoric; the opposition party is, for instance, invalid, because it did not fight for the country's independence. The country can likely only move forward once it no longer focuses on the past as much as the ruling party does.

I’ve read several tweets stating that #RobertMugabe death is the end of an era. I beg to differ. Regrettably the negative aspects of his legacy - violence, disrespect for the rule of law, corruption & abuse of power - live on in the new regime which overthrew him in the 2017 coup

Mugabe was a complex character and, as with many of these historical figures, branding him as a liberator or dictator is too simple. The trajectory marking a steady decline in his character is also far too simplistic. Post-colonial independence movements in Africa were far from straightforward and difficult to ascribe to certain trends. Franz Fanon famously argued that decolonisation is by definition a violent process, mirroring the violence inherent in colonising. But we should err in understanding Mugabe's path as a a simple trajectory from liberator to tyrant as a turn from good to evil.

Nathalie Lodhi is an editor and translator for RTL Today with a keen interest in Zimbabwean politics and history. During her time at university, she focused on the Zimbabwean regime's methods in consolidating its hegemony, including violence and the use of the 'father of the nation' metaphor, rebranded to apply to Mugabe.