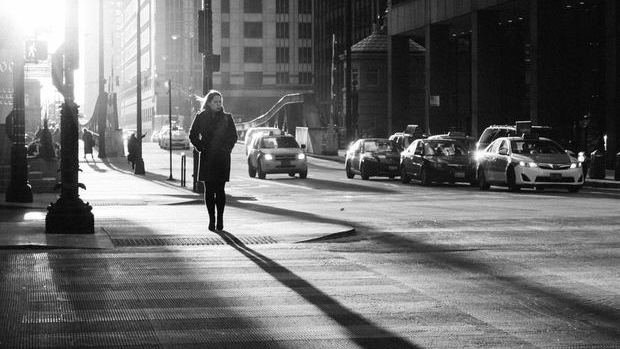 It can be as simple as "I like the way you look in that dress" or something as disgusting as "I'd like to take you right now, baby girl."

Either way street harassment is something most women deal with on a daily basis.

Picture this;
You're walking down the street on your way home, you've had a reasonable day and are ready to relax for the evening. All the sudden some stranger tell you that they would like to have sex with you in a disgusting manner. Some random person has decided they would like to do something to you without knowing your name, your age, or even if you like men of women.

How about this:
You're sitting on the train, minding your own business when someone sits next to you. You think nothing of it until you feel something brush your leg. You look down and the middle-aged man next to you has started rubbing your leg.

What are you supposed to do in this situation? Do you ask them to stop? What if they don't? How do you handle situations of harassment where you have no proof and no one wants to consider it harassment?

"He likes you"
"It's just a compliment"
"Are you sure he meant to do that?"
Even in the middle of crowded Victoria Station in London I had a homeless man start yelling at me and telling me to *** off because I refused to pay attention to him.

Whether someone genuinely wants to tell you that you have beautiful eyes or did actually touch you by accident, it does not give people the right to dismiss instances of street harassment. At what point does it go from being 'fun' to being harmful?

A movement that I have been following recently is Chalk Back started by Instagram user @CatCallsOfNYC in which the women go to places around New York City where women have been harassed and write what had been said in chalk on the ground. I appreciate this movement and the way it has already brought attention to the fact that this is an everyday issue for most women. They have also inspired many women around the world to take part, creating their own @CatCallsOf accounts.

When I contacted the creator, she told me she started in March of 2016 because she was frustrated by constant street harassment and felt there was no good way to respond. She hopes that her movement can empower victims of harassment to share their stories and embolden people to step in when they see it.

It's very difficult to know how to handle street harassment, especially when you're alone to heading home where someone could follow you. It’s always a constant struggle of standing up for yourself or just ignoring them, but both come with the risk of backlash. Standing up for yourself could make someone angry and violent but also not acknowledging them could make them continue. It also difficult if you see someone getting harassed because you aren't sure if they're okay, but you risk also putting yourself in harm’s way by drawing attention to yourself.

I also asked this of the CatCalls creator, and she agreed that responding to harassment often provokes further verbal or physical harassment and not responding can contribute to feeling silenced and objectified.

So what do you do?

Assess your situation. If the person doesn't seem violent then you're probably okay but be aware of your surrounding and make sure to stick to lit areas if you think you might be followed. If the person does seem violent or like they might want to harm you then call someone. Very often calling someone will deter anyone from following you if they think that someone is expecting you or meeting you.

It doesn't take much to be a decent person in my opinion, so the fact that cat calling and street harassment in general is still an issue is something we need to address as a society. Even the other morning I had a man come up to me and try to talk to me and when I didn't immediately realize that I was who he was talking to he started waving his hand in my face and yelling at me.

This is not something women make up, and it's an issue we need to solve.