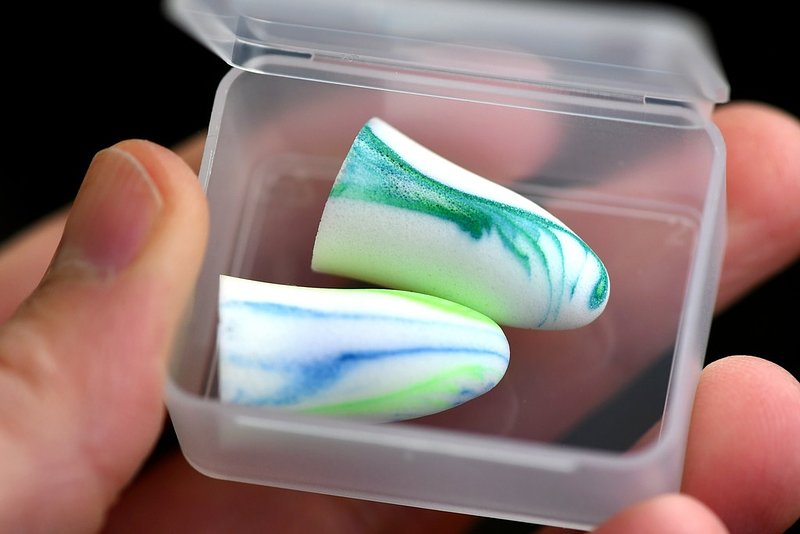 We are becoming more exposed to high-noise environments. Shouldn't we be protecting our hearing?

Over the past few years I've started paying attention to how loud the environment around us actually is, mainly for the reason that I have early signs of tinnitus. Road workers using drills shake up your body on your way to work, the bus honks abruptly while you're standing next to it, and kids are screaming when you're on it. Emergency services race past with sirens on, and the slowing train wheels grind against the railtracks at the station. In the evenings, bars, clubs and concert venues are blowing up their speakers by pushing the volume to the max.

Noise pollution has a harmful impact on humans, with urban development, transportation, construction and concerts being at the centre of these noises. Being exposed to loud noise can cause hearing loss, stress, sleep deprivation and tinnitus, a loud ringing or hissing noise in the ear when no external sound is actually present. Roughly 10-15% of Europeans suffer from tinnitus, placing the number at 50 million people on our continent alone. Research suggests that urban noise pollution is worst in poor minority neighbourhoods and segregated citites. Truth is, being exposed to loud music can cause permanent hearing loss.

So, how loud are the noises around is in actual fact? While the rustling of a leaf lies at a humble 10 decibels, a normal conversation is 60 decibels. Loud traffic or noisy public spaces are 85 decibels, with rock concerts exceeding 120. Take a look at this chart below: 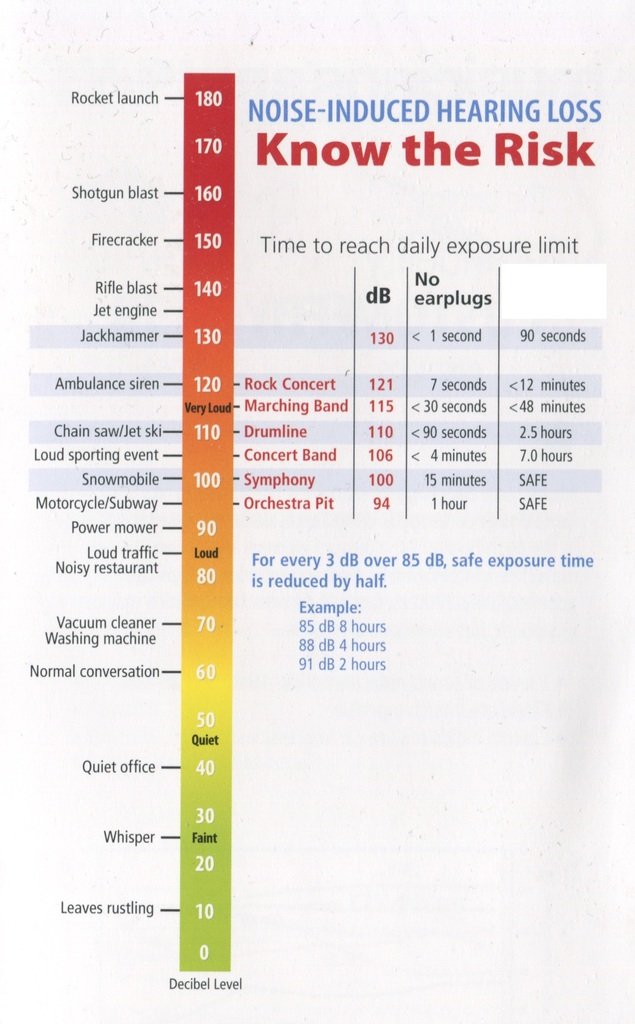 Many nightlife venues produce a volume ranging from 90-120 decibels, a level that requires only several minutes for you to have reached your daily limit of exposure to sound. These extreme noise levels have convinced me to start wearing earplugs when going out, as I know the DJ will be turning it up after each song and the sound engineer at the concert will allow the frontman to shred his guitar nice and loud.

As a teenager I would be able spend several hours in a loud place without having troubles with the volume, but those days a long gone. Years of attending concerts have affected my hearing tremendously, and my ears have become hyper sensitive to loud noise to such an extent that I now never enter a concert hall or music bar without ear protection.

A frequent myth is that hearing damage does not effect the sensititvity of your ears, it just makes you more deaf. In reality, however, hearing loss can make hearing more painful.

I've received many comments about my fasionable noise blockers: "Pff, are you a grandpa?" and "Oh come on. Is that really necessary? It looks awkward."

The impression I get is that many people, and especially young students, are not inclined to wear ear protection in social gatherings, as it comes across as "strange" and somewhat "uncool". But is it really uncool to protect your ears from life-long damage? When speaking to friends in my student city of Maastricht, they all admit to hearing a loud ringing in their ears after going clubbing or visiting a rock concert, yet they not deem it necessary to go out and buy two little foam buds (or, even collect them for free at the entrance of some venues, such as Rockhal).

It's true that the simple, foam-style versions aren't very appealing, especially the yellow coloured ones that look you've got a massive blob of ear wax stuck in there. But flagned earplugs from rubber are already la huge visual upgrade, and don't cost more than €15. If you want to go full-on, and get a pair that are adapted to your ears, try custom-made ear protection. They'll cost around €120, but you'll be able to wear them comfortably for life, are visually appealing and well hidden inside your ear. I have a pair myself, they are an investment for life.

Another comment I frequently hear is: "the club is already loud, and I can't understand the person I'm talking to anyway. Why would I make it worse by blocking my ears?" In fact, while the cheap foam earplugs block out all the sound as a whole, flanged and custom-made versions block out certain frequencies, making it easier to understand the person you're talking to.

Being a musician myself, ear protection is really important when you're on stage, especially if you're performing in a band. The in-ear monitors that bands wear during performances (next time you attend a gig, watch for the little cables running into the ears) simultaneously act as noise blockers, especially from the drums and amps. Maybe I'm just extremely picky about saving my hearing because I'm a musician.

What are your experiences with wearing ear protection in loud social gatherings? I'd be curious to know if it's simply a generational thing, or a societal issue as a whole. Does wearing hearing protection really ruin the fun? Share your comments below.

Josh Oudendijk is an Editor for RTL Today and a recording & touring musician.