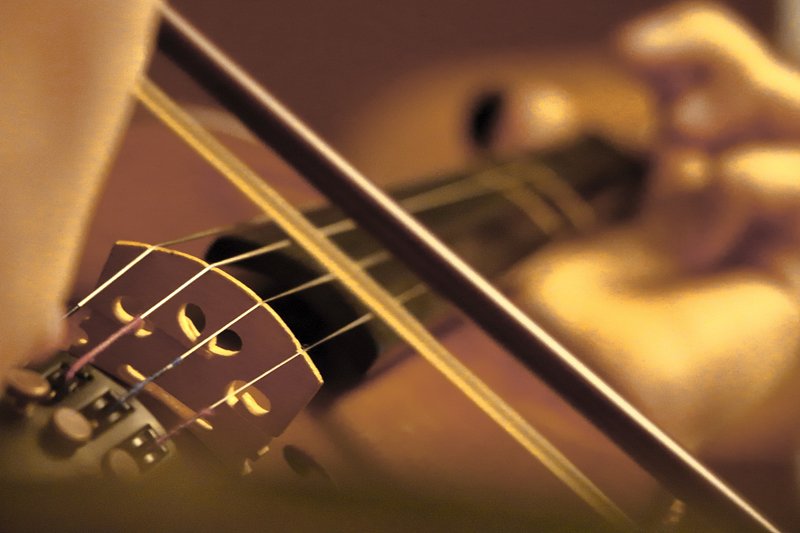 A mysterious death during a pilgrimage, a man sentenced to be executed, and a magical violin that traps any listener in an enchanted dance: The legend of Echternach's "laange Väit" is an iconic bit of folklore from the Grand Duchy's oldest town.

Previously, this series covered the life and songs of a blind violinist called De blannen Theis. While Theis was very much a real person, the individual at the centre of this article is a lot more mysterious and part of Luxembourg's rich repertoire of legends and folklore. One thing he does have in common with Theis, however, is the fact that, he too, was a violinist.

The first written account of this legend goes back to 1842 and was published by a certain Jacques Collin de Plancy. In the same decade, it was published in Fliegende Blätter in Vienna and then finally in the newspaper Luxemburger Zeitung in 1858.

The following section is based on that version of the legend and is a stylistically liberal, but faithful, retelling of this famous story from eastern Luxembourg.

This story takes place at a time when a certain missionary from Northumbria called Willibrord roamed the region. In Echternach, there lived a young man named Väit (sometimes also written as Veit). Due to his unusual height, people called him De laange Väit ("long Väit").

This young man had recently converted to Christianity and decided to embark on a pilgrimage to Jerusalem with his wife, who had also only recently become a Christian. Ten years passed and since no one of their relatives had heard anything of their fate, they simply assumed that they had died and distributed the couple's possessions among themselves.

However, they were in for a surprise when Väit suddenly returned to Echternach on Easter Sunday 729. But something was off, as the locals quickly noticed that the pilgrim had returned without his wife. Väit stated that she had been killed by Saracens, forcing him to return with nothing but sorrow in his heart… and a strange instrument, which resembled a violin.

When Väit wanted to reclaim his belongings, his relatives decided to accuse him of having murdered his wife. The following day, three of them presented their accusation in public and – as was the custom in those days – announced to prove the truthfulness of their claim through a duel.

The duel took place on Whit Monday. Unfortunately for Väit, he could not even get past the first round, as he quickly found himself on the floor with his opponent's foot on his throat. Thus, Väit had to admit defeat, was found guilty of murder and sentenced to death by hanging.

As his last grace, Väit requested that he be allowed to bring his violin to the execution site. When the young man stood at the gallows, numerous spectators gathered to witness his final moments. In a moment of overwhelming grief, fear, and desperation, Väit suddenly started playing his violin.

The sounds that came from the peculiar instrument were so bright and full of sorrow that the crowd had no choice but to fall silent and listen as if in a deep trance. Even the executioner was so taken aback by the eerie melody that he let go of the ominous rope and climbed down the gallows, utterly confused and bewildered.

Väit continued playing and his sorrow suddenly turned to hope. The melody changed into something more spiritual, as the violinist started whispering a prayer to the heavens. And legend has it that God did indeed grant Väit's prayer.

Struck by a mad rapture, Väit saw his chance and unleashed a fast, wild melody upon the entranced crowd. One after the other they started dancing in an increasingly mad and unhinged manner. Everyone from the children to the elderly, from the judge and the executioner to even domesticated animals was caught in rhythmic movements beyond their control. Väit descended from the gallows and calmy walked out of sight, making sure to keep playing at all times.

The majority of Echternach's residents danced until sunset, but Väit's 18 relatives could not stop dancing for a whole year after the violinist had left. It was only when Saint Willibrord heard of their fate and travelled to Echternach, that they were finally released from the spell thanks to the intervention of the missionary. As for Väit, no one would ever hear of him again after this eventful day.

Väit today and the potential history behind the legend

The legend of this medieval trickster has left its traces, particularly in Echternach. Most notably, visitors of Luxembourg's oldest town will notice that a particular bar located right next to the historic Dënzelt bears the name "Beim laange Veit".

The legend has also inspired Lou Koster to write an oratorio entitled "Der Geiger von Echternach" (The violinist from Echternach) during an artist-in-residence stay in Cabris in 1966. Her ballad is based on a text by Nik Welter, who in turn took inspiration from Collin de Plancy's article from 1842. Der Geiger von Echternach was first performed in Echternach's basilica on 9 July 1972.

As is often the case with these types of folkloristic stories, one can wonder whether they are completely fictional or if there were perhaps some actual historical events that inspired it. In his book Vom "langen Veit" zur Springprozession, German historian Volker Turnau suggests that Väit's name might be related to the German title of Vogt, which was also known as voit in Middle High German. A Vogt, more commonly known in English as an advocatus or advocate, was someone who usually acted as a sort-of delegate to a major feudal lord or an abbey and carried out certain secular responsibilities.

According to Turnau, the legend would thus have been an allegoric tale, recounting and commenting on an uprising against a local advocate.

However, while pondering over historical origins and backgrounds is certainly interesting, a major part of the fascination with these tales from times past comes of course down to their mysticality, to the whispered oral and written transmission of the story through the ages and its artistic adaptations and "mutations". And when it comes to that, the legend of the laange Väit surely does not disappoint.