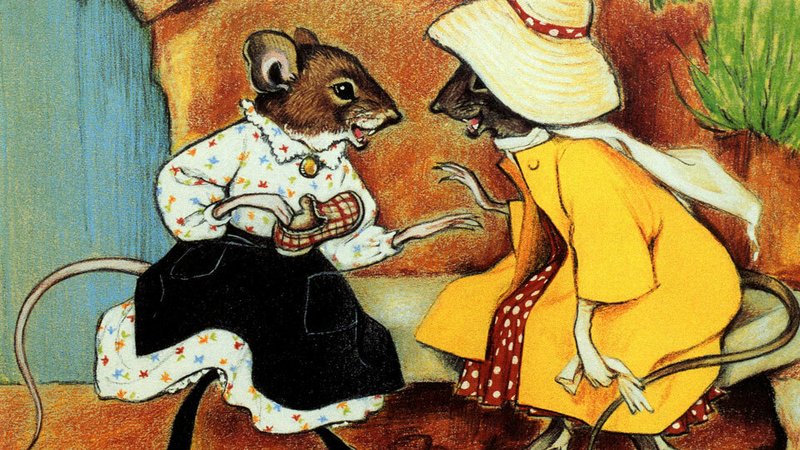 Apart from Michel Rodange’s Renert, D’Maus Kätti, might be Luxembourg’s best-known fable. The tale is a staple in children’s early education and the book can be found in most Luxembourgish children's’ bedrooms, mine included.

D’Maus Kätti (literally meaning ‘the mouse called Kat’) was written by August Liesch - a prominent political, legal and literary figure in late 19th to mid 20th century Luxembourg.  Born in Mondorf in 1874, Liesch worked in various courts after completing a law degree before he served as MP from 1918-1921. Belonging to the liberal party, he quit working for the government when the latter started to be mainly made up of members from the far-right party. He was appointed as head of Customs before becoming a member of the council of state until 1945. Liesch died in 1949.

In addition to the various positions he held in public service, Liesch was also a prolific writer known for his satirical depictions of Luxembourgish society. As is often the case for Luxembourgish authors, Liesch wrote in three different languages, namely Luxembourgish, French, and German. While Liesch also wrote a novel, most of his works were short stories, out of which D’Maus Kätti is the most successful. The exact date of composition remains unclear, but the text was first published in 1936 and included illustrations by Pierre Blanc, a fairly successful Luxembourgish painter. Since then, many editions followed, however, at least to my knowledge, the book has never been translated into one of Luxembourg’s many other common languages.

Liesch based his fable on Aesop’s The town Mouse and The Country Mouse, a tale that had notably already been adapted by Horace and Jean de la Fontaine. Like most fables it employs animals to criticise human behaviour and deals in universal concerns, which explains why it was picked up by many authors from different periods. In line with many other fables, Liesch used verse to tell the story of two mice who visit each other in their respective homes. In the Luxembourgish version, Kätti, lives in the countryside, in Burmerange, to be specific. She is visited by her cousin, Mim, who lives in the Clausen district in Luxembourg City. From the beginning, the author thus sets up two opposing worlds, and implies a rift between rural and urban, poor and rich, uncultured and cultured mice or people.

Kätti is first depicted living a simple and happy life, but when her, supposedly, more sophisticated cousin Mim comes to visit, the latter is not impressed by Kätti’s home cooking nor her frugal way of life. Mim manages to instil doubts about her way of life in Kätti when she does not stop raving about the cakes and other delicacies they could eat in town. Ultimately Kätti accepts Mim’s invitation to the city even though that means leaving the safety of her home behind. After Kätti arrived in town the two mice sneak into a house where they feast on all the foods Mim promised Kätti. However, their banquet is interrupted by two house cats who almost catch and eat them. Thus, Kätti’s a joy came to an abrupt end and she finds herself brought back to reality. Still shaking in fear Kätti decides to immediately return to her less exciting but much safer home in the countryside. In the end order is fully restored when Kätti marries the mouse Metti and they lead a content live together in the countryside.

The lesson here is clear, being happy with what you have even if it is not much is more valuable than the worries that come with pursuing a more exclusive lifestyle. In addition, the tale criticises the perceived superiority of people from the city who are looking down on the simpler lives of people from the countryside, without realising that these people are often happier, simply by being less concerned about appearances and pretence.

Even though it is not Liesch’s own invention, D’Maus Kätti is an important part of Luxembourg’s literary culture and you can find small memorials to Liesch and the beloved mouse across the country. In Mondorf, Liesch’s place of birth, a sculpture, by Wil Lofy, shows how the mice’s feast is being interrupted by two cats. Next to this you’ll find a restaurant that is also named after the mouse. Similarly, you’ll find a tribute to the mouse in Burmerange, Kätti’s home town. Here, a sculpture depicts Kätti happily sitting on a wheel of cheese. Moreover Burmerange’s cultural centre is also named after her. The mouse has even found her way into popular culture and has her own emoxie (Luxembourg’s own version of emojis).

If you are interested in a reading of the story, you can find a video of Grand Duchess Maria Teresa reading D’Maus Kätti here.