Did you know that Cargolux's first flight carried strawberries from New York to Stockholm? Or that they once had a joint venture with Luxair to fly summer tourists from the UK to the Caribbean? Find out about Europe's largest (and sixth globally) cargo airline in this week's Knowledge Bite.

1969 - The icelandic airline Loftleiðir Icelandic, also called the "The Hippie Airline" for pioneering low-cost flying offers, had already been making history by crossing the North Atlantic into Luxembourg, which became one of its top destinations in the heart of Europe. The Luxembourg government had expressed interest in collaborating with Loftleiðir Icelandic and set up a new cargo airline.

Johannes Einarsson, who worked as Director of Corporate Planning for Loftleiðir Icelandic, decided to offer their surplus CL-44s as cargo aircraft to Cargolux, reconfiguring the planes that were actually used to fly passengers. But the aircraft were originally conceived as freighter and had a swing tail opening, meaning large cargo could be loaded in the back - a lot of manual work still at the time.

But funding was rather limited, and so Einarsson attempted to sell a plane in Sweden later that year. The story made headlines, and Einarsson was contacted by Swedish Christer Salén of Salén Shipping company. He was interested in partnering up with Einarsson for a smart passenger/cargo combo plan: fly Swedish tourists to Spain on the weekend, and then reconfigure the plane to bring fresh fruit and vegetables back to Sweden during the week. Einarsson dismissed the idea, arguing that it would be impossible to do both and reconfigure the planes back and forth. They were able to agree on creating a cargo-only concept, and so the joined venture Saloft was born. Both parties acquired a 50% stake in the CL-44 aircraft.

Back in Luxembourg, it was time to establish the actual airline. The Luxembourg government, Luxair, Salén, and Loftleiðir entered discussions, but while these talks were ongoing, Saloft already began operated its first flight from Luxembourg to Sao Tome with relief goods from Caritas.

1970 - After several months of discussions, Cargolux was founded on 4 March, 1970. With their one aircraft leased from Saloft, and a total of four employees and two crews, the airline set up its office on the first floor of a building on Avenue de la Liberté. It received its Air Operator Certificate on 10 May of that year, and immediately the next day it took off from Stockholk to JFK to pick up iceberg lettuce and strawberries, its historical first flight. At the end of the same year, a regular service to Hong Kong was introduced,

The office was a bit of a mess. Not only was it a single-room, but it contained a big ping-pong table right in the middle of it, which would also act as the employees' working desk. Once the aircraft was up in the air, however, the table was converted back to hosting table tennis matches.

Business was tough. Planes would take off, but no return cargo had been booked. Sales teams had many sleepless nights trying to find new business opportunities, even having to fly aircraft to other places to pick up items before returning to Luxembourg. This was also when the company's motto "You name it, we fly it!" came about. From street lampposts to Saudi Arabia, an urgent shipment of beer to Hong Kong, marble fireplaces to the Persian Gulf, or shipments of expensive suitcases to Japan, the CL-44 enabled the company to expand its operations and gain new customers around the world.

On 2 December, 1970, Cargolux lost one of its aircraft in Dacca, East Pakistan, while operating an International Red Cross relief airlift for the victims of recent flooding. The accident claimed the lives of four crew members and four people on the ground. 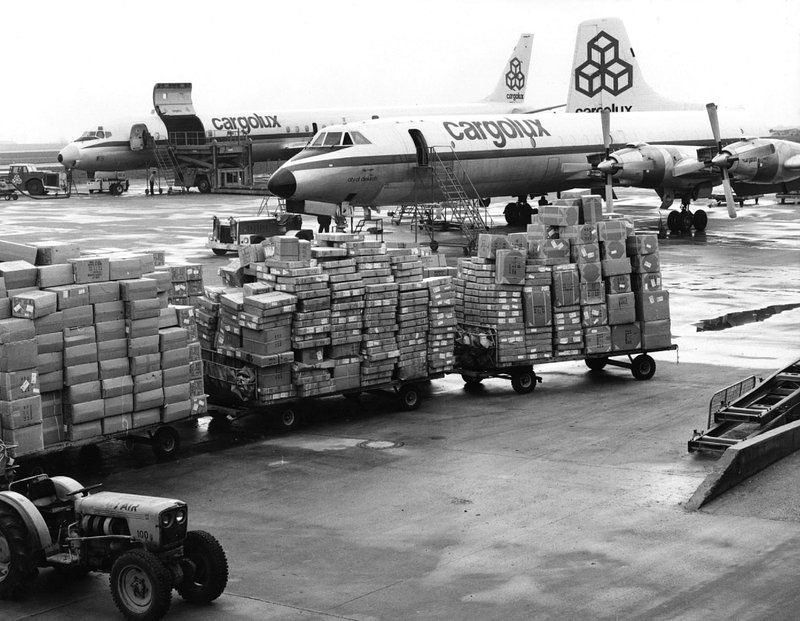 1972 - Cargolux started flying a number of relief flights to Hong Kong, which then developed into regular services. Nigeria soon followed as a destination.

1973 - In a world where time is money, Cargolux entered the jet age, taking delivery of a DC-8 freighter, which could carry many more tonnes than the CL-44 and reach Hong Kong within 32 hours. By converting some of the DC-8s into passenger planes Cargolux could operate a number of Hajj flights throughout the 70s and early 80s, something that would later help them survive as a company.

1975 - It was at this time that Cargolux decided to shift its maintenance base from New York to Luxembourg, where the aircraft had previously been checked by Saloft, who had engineers there. Cargolux signed a contract for the construction of a new hangar and head office complex at Luxembourg Airport, which was inaugurated on 28 April, 1975. Upon its completion, the facility offered 9,405 square meters including spacious offices located on two floors, support shops and other necessary departments. 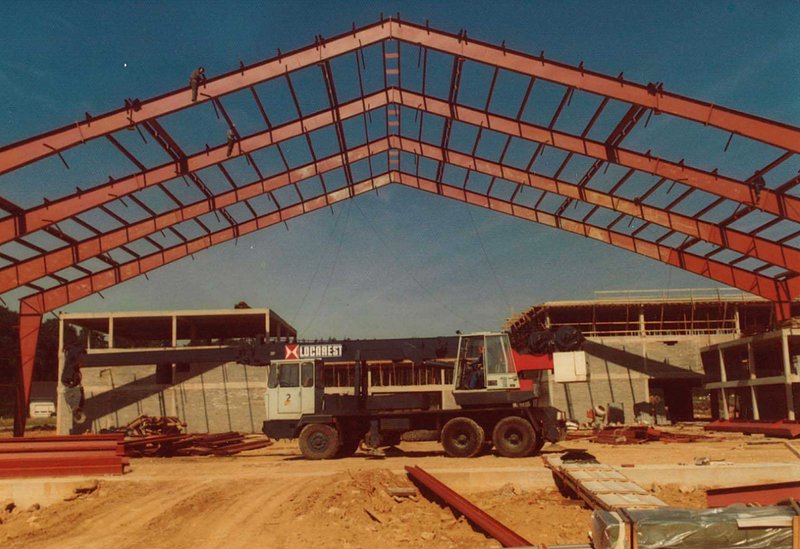 1977 - Cargolux purchased the jumbo jet; a Boeing 747-200. It was the first cargo airline in Europe to operate such an aircraft, and competitors were shocked by the fact that a European cargo company dared to even buy such a big plane. This tremendous increase in capacity, however, meant that not only more cargo could be flown, but the plane could also go further than their previous DCs. It would lead to a turnover increase of 24%.

While all of these new purchases were taking place, the company was looking to diversify its activities, focusing on South America. Together with local interests, Cargolux founded Aero Uruguay, operating regular services to Miami and New York via Manaus and Sao Paulo. The venture didn't last long, however, and ceased several years later.

1980 - This was the start of a tough decade for the company. After 10 years of growth and expansion, Cargolux was hit by a slumping economy, forced to lay off a third of its employees and almost file for bankruptcy. Luckily, Société Nationale de Crédit et d'Investissement (SNCI) and Banque et Caisse d'Épargne de l'État (BCEE) jumped onboard as local shareholders, replacing Loftleiðir and Salén.

1983 - A big factor influencing the company's return to profitability was leasing an additional 747 from Boeing and flying it from various African countries to Saudi Arabia for the annual Hadjj pilgrimage. The intense operation lasted only a few weeks per year after which Cargolux returned the leased aircraft to Boeing. This project ended up being so successful that Cargolux kept the practice going for several years, increasing their number of aircraft. 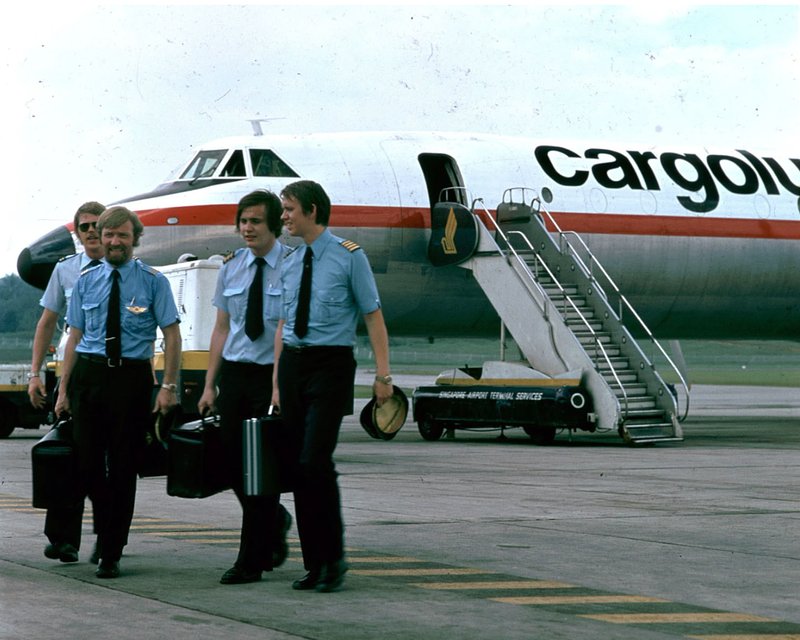 It was also in 1983 that Cargolux expanded business in North America, flying to San Francisco, Seattle and New York. What was shipped? Tuna fish, live ostriches, computers, printers and drilling pipes. Business grew, and Cargolux purchased three more 747s in 1986. That year the company registered $11 million in profit.

1987 - Cargolux decided to launch a part-passenger joint venture with Luxair, baptising the airline Lionair, and operating passenger services from London Stansted and Manchester to Florida and the Caribbean. Passengers sat on the upper deck, while the lower belly remained a cargo hold. But despite successful beginnings, operations stopped in the early 1990s. 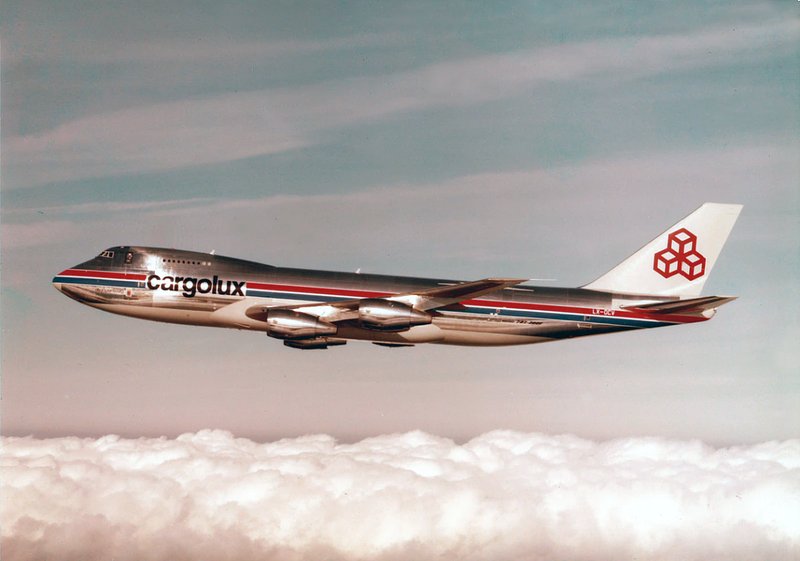 1990 - The airline acquired the new generation of 747s, namely the 747-400F, which had an increased range of 1852km, was 18% more fuel efficient, and carried an additional 21 tonnes of payload. This meant the airline could now connect Luxembourg with western US without a refuelling stop.

1996 - To improve loading efficiency, Cargolux developed an improved cargo centre, boasting a whopping 8 parking spots right in front of the loading bay. This new construction reinforced Luxembourg airport's position as a European cargo hub. Cargolux was specialising in the transport of hazardous materials and live animals, had secure storage places and temperature-controlled spaces.

Meanwhile, the airport's runway was extended and technological advancement meant that Cargolux could continue flying in and out of Luxembourg in bad weather conditions. And of course, one would even have to transport the Golden Lady! 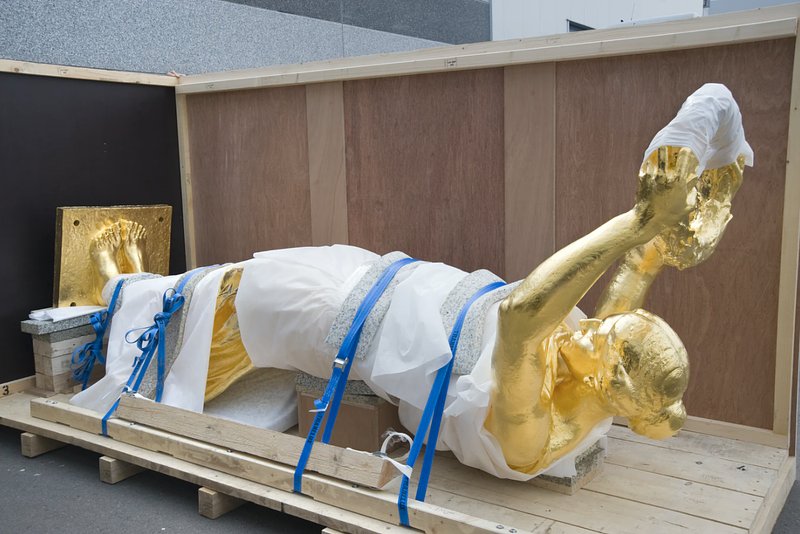 2001 - Entering the 21st Century, Cargolux ordered its 11th 747-400F, and gradually began phasing out older aircraft. The attacks on the twin towers in New York on 11 September had a drastic effect on the airline industry, but cargo demand would always keep increasing, especially in the soon-to-come age of online stores.

2006 - The state of the art new Cargolux hangar was constructed. The building is, still today, recognised as the largest structure in the Grand-Duchy and can accommodate 2 Boeing 747s simultaneously. It was conceived to host the Maintenance and Engineering division under one roof to optimise workflows and enhance overview. Cargolux currently counts over 490 maintenance employees. 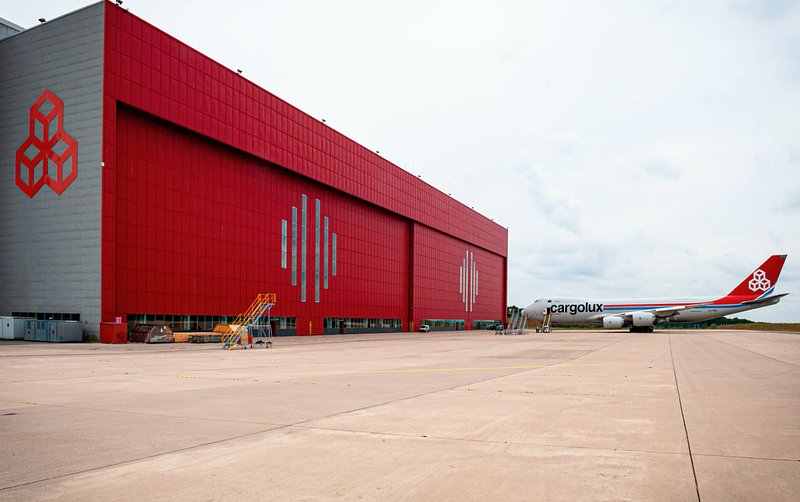 2011 - After another turbulent period in 2008, Cargolux entered in commercial cooperation agreement with Henan Civil Aviation and Investment Co., Ltd. (HNCA), paving the way for a close partnership between Luxembourg and China. The influx of a fresh perspective brought along new promises and, in a bold move to support the airline’s expansion, the company decided to open a second hub in Zhengzhou, in China’s Henan province, to complement the home base in Luxembourg.

2020 - Cargolux made history by flying two beluga whales, Little White and Little Grey, from an aquarium to a wildlife reserve in Iceland. Watch our English documentary on the entire operation here.

A large part of this information is derived from the Cargolux 50th Anniversary website, which presents a detailed timeline on the company's developments throughout the years. More images can be found there, too.