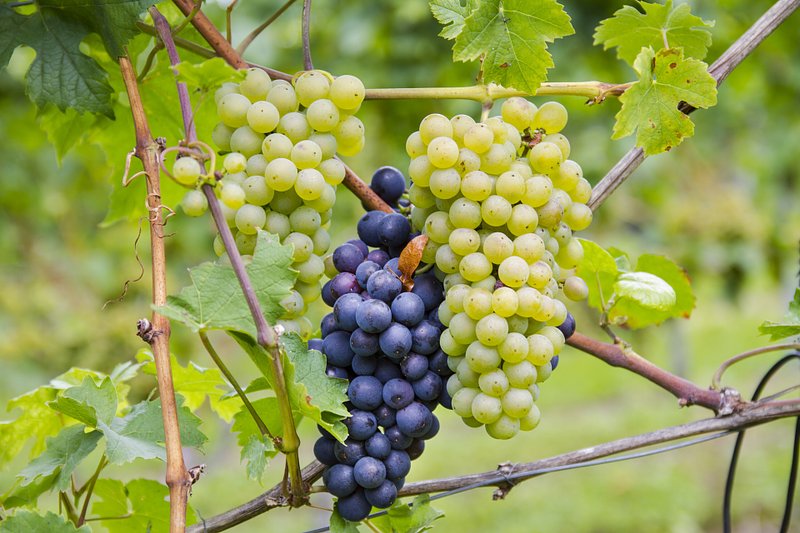 Besides castles, banking, and its ambitious space programme, Luxembourg is also well-known for its excellent white wines. Today's article will explore the past and present of the Grand Duchy's ever evolving winemaking industry, from its Roman origins right up to the very latest vintage. Along the way, we will even take a little detour to meet Luxembourg's "other" royals…

The grape harvest is in full swing in Luxembourg's Moselle valley region, and in just a few weeks locals and visitors alike will be able to taste the first glasses of Fiederwäissen (young wine, produced from fermented freshly pressed grape juice). Due to the coronavirus, the traditional wine festivals have unfortunately all been cancelled this year. However, this "party moratorium" may just be the perfect opportunity to take a look at the origins of Luxembourg's favourite fermented beverage.

Introduced by the Romans, spread by the Christians

Luxembourg owes the delicacies of its wine culture to the Romans, who brought the first vine plants to the Moselle region. Archaeologists have found various objects showing this activity, dating back all the way to the 6th Century BC, and Roman poet Ausonius described the process of vines being planted along the Moselle river in AD 370.

During the Middle Ages, the founding of numerous abbeys led to a significant increase in wine making and culture. Vineyards rapidly spread all across the country, and even up to the most northern regions of Luxembourg. It was not until the harsh winter of 1709, also known as the "Great Frost", that almost all of the country's vineyards were destroyed. The only exceptions were those in the milder climate regions of the Moselle valley, which remain to this very day.

While Luxembourg was elevated to the status of "Grand Duchy" after the Congress of Vienna in 1815, the country also lost all of its territories beyond the Moselle, Sûre, and Our rivers and with them the vineyards of those regions.

Looking for an identity

While Luxembourg was still part of the Zollverein (German customs union) and especially after the Franco-Prussian War in 1870/1871, its vineyards mainly produced wine of the Elbling variety which was mostly exported to Germany. The Luxembourgish wine was mostly used by German winemakers to create blends with local wines from the Rhine region. During these times, the Grand Duchy's winemakers mostly focussed on quantity over quality and a distinct Luxembourgish wine culture was still missing.

After World War I, the dissolution of the Zollverein meant that Luxembourgish winemakers had to reinvent themselves. Not only had they lost their sole business model of exporting large quantities of cheap wine to Germany, but at the same time the grape phylloxera (an insect pest of commercial grapevines) was destroying large parts of the country's vineyards.

The idea was to shift from the dominating, cheaper Elbling variety to different grape varieties which would yield higher quality wines, e.g. Rivaner, Riesling, Pinot, and Auxerrois. Winemaking cooperatives were established, which would go on to become a distinct characteristic of the Grand Duchy's wine production, the first of which was Domaines Vinsmoselle, founded in 1921 in Grevenmacher. The Institut Viti-Vinicole, a state-owned wine growing institute, was founded in 1925 to support and advise winemakers during these challenging times of transition.

The shift to higher quality wines also meant that the country tried to create a unique identity for its grapey beverages. Thus, a number of labels were introduced, such as the general Marque Nationale in 1935, or the more specific labels vin classé, Premier Cru, and Grand Premier Cru in 1959.

Nowadays, Luxembourg is well-known and revered for producing some of the best white wines in the world. 90% of all wine produced in Luxembourg is white wine, with only 10% being red or rosé. Nine different grape varieties are grown on its territory: Riesling, Pinot noir, Pinot blanc, Pinot gris, Gewürztraminer, Auxerrois, Rivaner, Elbling, and Chardonnay. 1,295 ha of area are currently under cultivation and there are 340 wineries producing an ever-increasing variety of the Dionysian drink of choice.

The "Quality in the glass" approach with the aforementioned labels of vin classé, Premier Cru, and Grand Premier Cru has been replaced by a system which puts the emphasis on terroir (a French word which can be translated as "soil" or "stemming from the soil" if talking about the concept of terroir rather than the actual word). The new labels are called lieu-dit (terroir wines which are characterised by their origin), coteaux de (premium wines from top-quality vineyards in the cantons of Grevenmacher or Remich), and côtes de (entry level wines meant to be enjoyed casually). 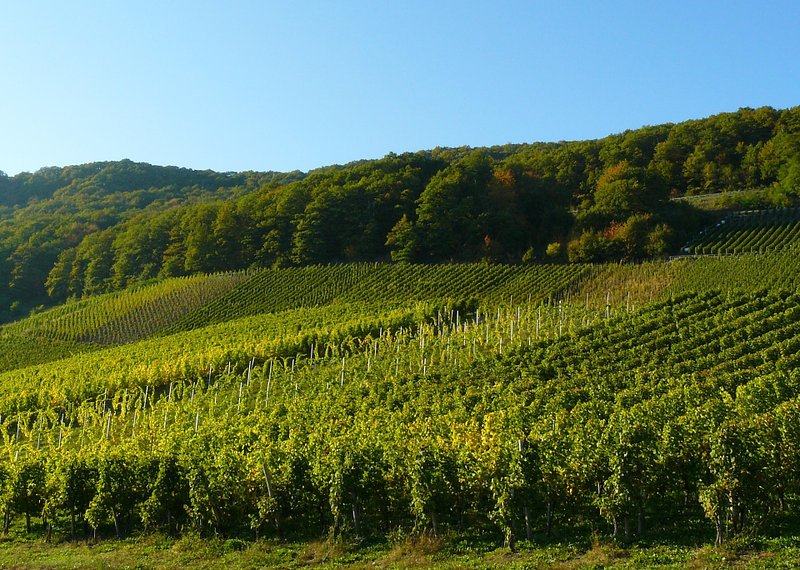 In 1991, the designation Crémant de Luxembourg was introduced for the country's sparkling wines. Luxembourg is the only country besides France which is authorised to use the term Crémant. The Grand Duchy's famous bubblies are still produced according to the traditional method (méthode traditionnelle) which includes a secondary fermentation in the bottle.

Luxembourg's winemakers are also quite open to innovation. As such, new speciality wine labels were introduced in 2001: vendanges tardives (late harvests), vin de paille (straw wine), and vin de glace (ice wine). In order to produce vendanges tardives, the winemaker deliberately pushes the harvesting date as far as possible, which increases the grape's sugar content. The making of vin de paille involves slowly drying mature and healthy grapes over a grill (formerly straw, hence the name). Vin de glace is a very prestigious variety of wine which requires that the grapes be left on the vine right into winter. Nets are usually used to protect them from hungry birds. Temperatures must go down to at least -7°C and as such the harvest often takes place overnight. The still frozen solid grapes must then be immediately pressed out.

On a side note: Luxembourg's other royals

Did you know that Luxembourg actually does not only have a Grand Duke, but also a Queen? Since 1950, the yearly Grape and Wine Festival in Grevenmacher also includes the coronation of a new Wine Queen of Luxembourg.

The tradition of wine queens is of course not exclusive to Luxembourg; however, the task is in certain ways considerably more "serious" than in other countries. In order to become a wine queen, an application must be submitted to the Comité des Fêtes (festive committee) in Grevenmacher. After careful consideration, the request might be granted, but even then, the designated future queen still has quite a way to go. Before becoming queen, the girl in question first has to spend four years as one of the four Wine Princesses. As such, she has the opportunity to learn and grow in her role from the other wine queens, winemakers, and others from the industry over the course of hundreds of events during which she represents Luxembourgish wine and the people who produce it.

As this year's edition of the Grape and Wine Festival had to be canceled due to the coronavirus, it will be the first time in the festival's history that Luxembourg will not have a new wine queen to celebrate. Instead, the current queen, Jessica Bastian, has agreed to fulfil her role until next year, when the festival will – hopefully – take place again.

Should you be interested in learning more about, or maybe even tasting some of Luxembourg's many delicious wines and crémants, then feel free to visit the beautiful Moselle valley at any time. Visit Luxembourg has some very useful information about this topic, and especially in the upcoming weeks, you could be among the first to taste the first tasty drops of this year's vintage.