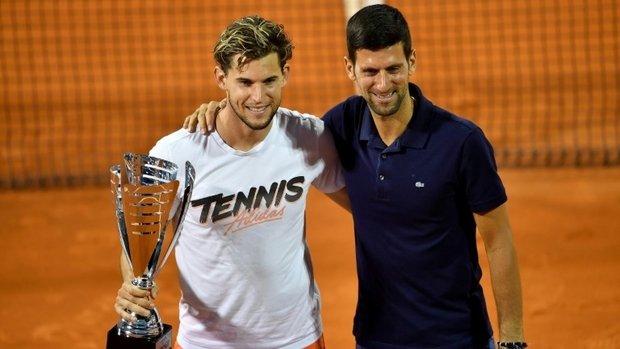 What was planned as a step back towards normality in the tennis world has developed into a disaster.

Among others such as Gregor Dimitrov and Dominic Thiem, world number 1 Novak Djokovic, who organised the Adria Tour, has contracted the coronavirus. The event was held under reduced security measures in the presence of spectators. The world's leading tennis player had voiced his issues with what he considered disproportionate precautions during the US Open.

Luxembourgish player Mandy Minella has now criticised the Serbian for decisions that have lead to new set-backs in the tennis world: "It is of upmost importance that things keep progressing back to normality, for the sake of all people whose lives are bound to the sport. I cannot understand how this tournament could be held without any real safety measures. On top of that, parties were organised, incredibly unreasonable. I don't know what implications all these events will have on the tennis world, but I hope that not everybody has to suffer from the consequences." Minella has been in talks with her player colleagues, who also show little understanding for the developments at the Adria Tour: "Everybody is displeased, but there is nothing we can do about it now. I hope they learned their lesson and understand that the virus remains ever-present. Efforts need to be made so that we can all eventually return to our regular lives."

Minella hopes that the US and French Open can still be played under adapted safety measures as announced.