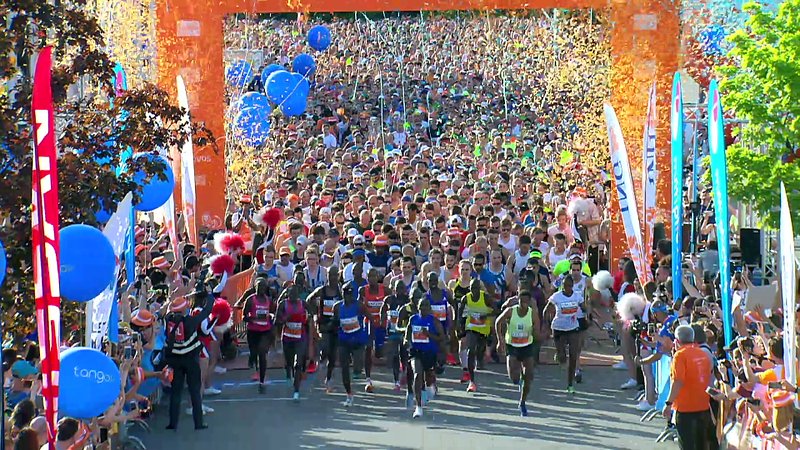 The event's sponsors drew positives from Saturday night, although like many other major sporting events, this year's edition had to be called off.

"At least the weather was bad on Saturday", event organiser Erich François commented. Nonetheless, many runners made it to the capital that evening, even wearing finisher t-shirts of previous editions, as well as participant numbers.

The ING night marathon is one of the capital's annual highlight events, drawing thousands of runners to Luxembourg every year, alongside just as many spectators. In 2020, hower, Luxexpo had to stay empty:
"I feel sorry for everybody who put in time and effort to prepare for this race. Not only the runners, but also the numerous restaurants, bars, and suppliers that have helped the event become such a success over the last couple of years", François emphasised.

When it comes to financial reimbursement, participants that chose the insurance option will be partially compensated. Those without insurance had their participation number postponed to next year's edition. In other good news, the sponsoring partnership with ING was extended to 2025, as François conveyed:

"This shows that our sponsors believe in the event, even if an edition has to be cancelled due to unforeseen circumstances. They covered our losses without getting anything in return, although some bills remain open at this stage."