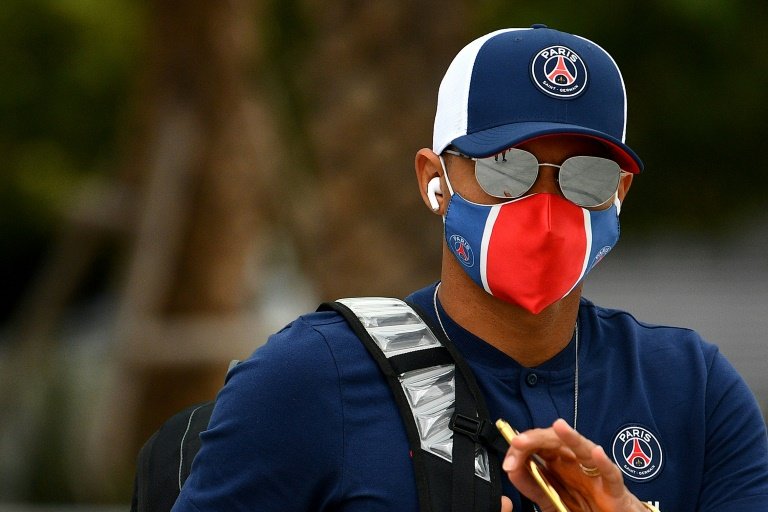 New Chelsea signing Thiago Silva has shrugged off concerns that he might struggle to adapt to the extreme pace of the Premier League, insisting "age is just a number".

The veteran Brazil defender joined Frank Lampard's side from Paris Saint-Germain on a free transfer last month after suffering defeat to Bayern Munich in the Champions League final.

The centre-back, who turned 36 on Tuesday, brushed off concerns he would struggle to come to terms with the speed of the English top-flight.

"Physically I feel really good," he told reporters on Tuesday. "Age is just a number on your document. Physically, I feel very young. I'm very well prepared for this."

The former AC Milan player, who is expected to make his debut in Chelsea's League Cup match against Barnsley on Wednesday, said the Premier League had not previously held great appeal for him.

"My impression of the football played was that it was long balls, high balls, long shots and at the time I couldn't really see myself playing in that championship," he said.

But he said he felt the nature of the football played in England had changed, with more emphasis on technical quality and the ball played on the ground.

"Little by little, Premier League football won me over," he said. "Anyone that knows me can confirm that and now, at 36, I'm arriving to play in the best championship in the world."

Silva believes he can play a key role in helping Chelsea's young squad reach their peak after Lampard's expensive rebuild.

Rennes goalkeeper Edouard Mendy is set to become the seventh senior signing of a hectic summer.

"If you want someone to run they would have signed Usain Bolt," he said. "With the experience and the excellent young players here, I hope to help these young players in this new adventure."

Last season, Lampard's side finished 33 points behind champions Liverpool, who beat them 2-0 at Stamford Bridge on Sunday to underscore the gap between the teams.

But Silva said he could help instil a winning mindset at the club.

"I think about all my experience in my career and everything I've won," he said. "I think it's important to show to the younger players to see that just playing matches isn't enough.

"They need preparation to be as ready and in the best state possible and I think they need to see how important it is to win things.

"It's people who are successful winners that are remembered. For example, our manager, Frank Lampard, he's won so much."