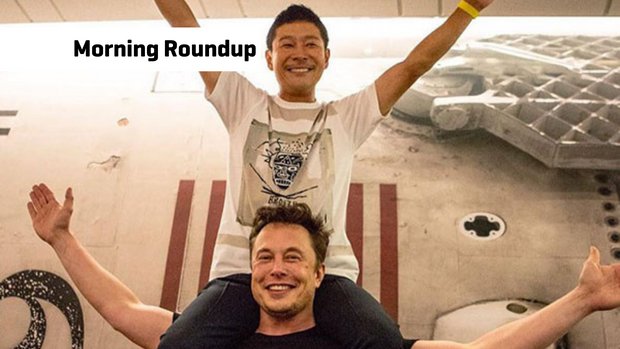 VIETNAM STATE VISIT - Today and tomorrow the Prime Minister of Vietnam Mr Pham Minh Chinh is visiting Luxembourg on an official visit. The Prime Minister, alongside a government delegation will be received with military honors on Place de Clairefontaine this morning ahead of before bilateral talks and a visit to parliament. The visit is part of an official trip to several EU countries including the Netherlands and Belgium.

GRAND DUCHESS STAFF - It has been reported that a member of the Grand Duchess’s staff has been mistreated. There is talk of a verbal altercation between Grand Duchess Maria-Theresa and one of her employees. The case is being dealt with by the General Secretary of the Government Council, Jacques Flies. The court was re-organized in the wake of the Waringo report, which evaluated life at court and its finances.  Since then, the employees of the court have the same protection as employees of the state.

EU SCHENGEN - Romania and Bulgaria have expressed deep frustration that the European Union has again barred them from joining the passport-free Schengen zone. They had hoped their decade-long ambition would be granted this time, but their bid was blocked by Austria and the Netherlands. Austria fears that admitting them would worsen illegal migration. The EU has approved Croatia joining the Schengen area from January.

GRINER RELEASE - The US and Russia have exchanged jailed US basketball star Brittney Griner for the notorious arms dealer  Viktor Bout, held in an American prison for 12 years. According to Russian media reports, Bout - widely known as the "merchant of death" - has arrived back in Moscow. President Biden has announced that Griner was safe and headed on her way home. Griner's former coaches and teammates as well as a host of elite athletes have celebrated her release from a Russian prison after 10 months of captivity.

MOON FLIGHT - The Japanese billionaire Yusaku Maezawa has announced the names of 8 people who will join him for a journey around the moon.  The 47-year-old has bought every seat for a planned lunar voyage in 2023 on a SpaceX rocket that is still under development. His 8 chosen companions include the American DJ Steve Aoki, the film maker Brendon Hall and the K-pop musician TOP.

WORLD CUP - 8 teams left and today and tomorrow the quarter finals will take place. This This afternoon at 4, Croatia and Brazil will fight for a place in the semi-final, then the Netherlands plays Argentina at 8pm our time. Tomorrow, Morocco will play Portugal and England take on France.

ICE SKATING GRAND PRIX - Japanese skaters dominated the opening day of the ISU Grand Prix final in Turin yesterday, with world champion Shoma Uno leading in the men's short programme.  Uno, opened with a thrilling quad flip and finished his jumps with a triple Axel. It landed him a season's best 99.99, just shy of the vaunted 100-point mark.  His outstanding performance left him over five points clear of compatriot Sota Yamamoto going into the free programme with another Japanese skater Kao Miura another seven points back.

Clouds are set to blanket the country all day, setting up for a cozy and comfy weekend.Morning temperatures will start off at -3 to 0°C, rising slightly to -1 to 2°C in the afternoon, before dropping back to -2 to 1°C in the evening.
Be sure to catch our full bulletin on the hour, every hour and headlines at half past the hour on RTL Today Radio. You can also access the news via Alexa, and on RTL Play.