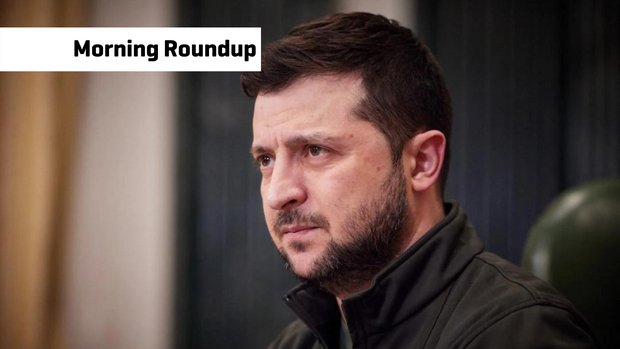 PLAGIARISM COURT - A Luxembourgish court has found in favour of a Luxembourgish artist, Jeff Dieschburg, who was accused of plagiarism by a US-based photographer Jingna Zhang. The judges found that the original photograph did not meet the criteria to fall under Luxembourgish or European copyright law. Zhang is certain to appeal the decision and must pay legal fees after losing in court. She reacted to the ruling on Instagram, stating that she is "devastated by the copyright ruling in Luxembourg today."

BIANKA TRIAL - It is the 2nd day of the trial today regarding the disappearance of little Bianka Bisdorff. Two psychiatric examinations of the mother will be presented today. She did not appear in court again yesterday. Two police investigators have summarized their investigations from the last 7 years, which were very complicated. To this day, there is no trace of baby Bianka.

BIRTH CENTRE - Luxembourg's first birth centre, which opened in September, is no longer authorised to perform births. Minister of Health Paulette Lenert took this decision after discovering that there is no legal framework for this type of operation. While giving birth outside of a hospital is legal in Luxembourg, the Ministry of Health argues that this only applies to home births.

PERU IMPEACHMENT / GUATEMALA CORRUPTION - Two pieces of news from South American politics today. The President of Peru, Pedro Castillo, has been removed from office and arrested. He wanted to dissolve the parliament in Lima, impose a curfew and rule by decree. In an emergency meeting, lawmakers impeached him and Dina Boluarte – previously the vice-president was sworn in. Meanwhile, the ex-president of Guatemala, Perez Molina will have to go to prison for 16 years. He was accused of a major corruption case and found guilty yesterday.

SCHENGEN MEETING - EU Justice ministers meet in Brussels today on the enlargement of the Schengen area.  The European Commission has already certified that Romania and Bulgaria fulfill the conditions and that Croatia is also on track. But there is no unanimity among member countries, as the Netherlands and Austria fear an increase of illegal migrants coming to the EU through the 3 accession countries. A position that the Luxembourg foreign minister Jean Asselborn does not share. He himself is recovering from an operation, so will be represented by Sylvie Lucas, the permanent representative of the Grand Duchy to the EU.

GERMANY WARNING - If you hear nuclear sirens along the Moselle this morning, don't panic. In Germany, today is national disaster warning day. Around 11 o'clock  there will be a rehearsal for an emergency with warning text messages, WhatsApps, the radio, TV as well as  sirens.

ZELENSKY 'PERSON OF THE YEAR' - And President Volodymyr Zelenskyy and "the spirit of Ukraine" has been named Time magazine's 2022 Person of the Year. The annual award is given to someone who has had the most global influence during the last 12 months. Zelensky has led his country through the war with Russia and despite international appeals for the 44-year-old and his family to be evacuated to a safe location during the opening days of the invasion, Zelensky has stayed in Kyiv with his defence forces.

HARRY AND MEGHAN - And the first three episodes of a docuseries on Prince Harry and his wife Meghan air on Netflix today, with expectations of more damaging claims about British royal family life. The six-part fly-on-the-wall documentary, "Harry and Meghan", promises to lift the lid on events that prompted the pair to quit royal life and move to the United States in 2020.

FOOTBALL - There are no games in the World Cup until tomorrow, when Croatia meets Brazil and Netherlands plays Argentina in the Quarter Finals. In other football news, the German Football Association (DFB) said that Germany coach, Hansi Flick will keep his job and lead the team at Euro 2024 despite their crushing World Cup disappointment. And FIFA has sanctioned Croatia following abuse by their fans targeting Canada's goalkeeper Milan Borjan in the World Cup match on 27 November. During the match in Doha, Croatia fans verbally insulted Borjan, an ethnic Serb, who was born in Croatia but fled the country as a child.

LUXEMBOURG RIAC - Shooting sport is on the agenda in Strassen from today until Sunday. The 39th edition of the RIAC - international air weapon competition takes place with more than 220 sports shooters from 15 countries, including 10 from Luxembourg.

The morning will begin with a Luxembourgish winter staple; mist and fog. Once the fog burns off a bit, we'll be left with some clouds and a potential sun ray or two. Morning temperatures will start off at -1 to 2°C, rising slightly to 0-4°C in the afternoon.