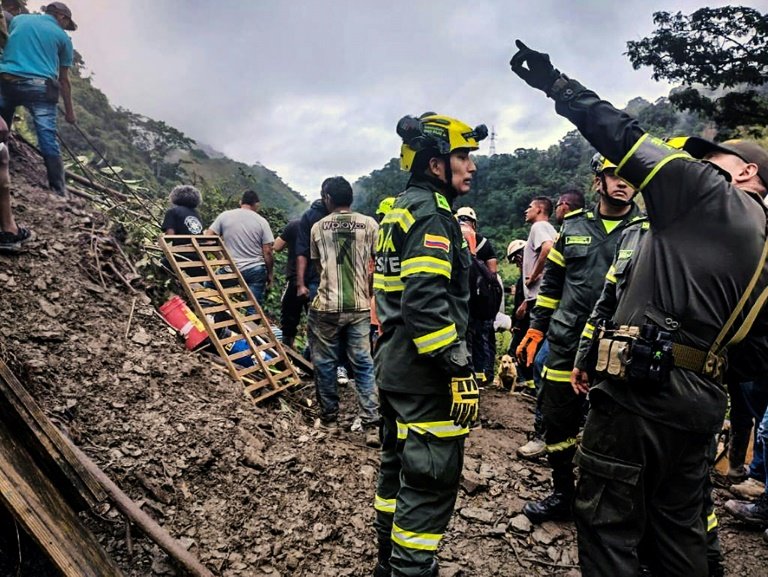 A landslide engulfed a road Sunday in Colombia, killing three people and leaving some 20 trapped in the mud, authorities said.

Crews were searching for people riding on a bus and a motorcycle that were caught up in the accident in a remote areas of a municipality called Pueblo Rico in northwest Colombia.

"Nine rescued, three fatalities and an estimated 20 who remain to be found. It is a tragedy," President Gustavo Petro wrote on Twitter.

Civil defense officials said one of the dead was a girl aged about seven.

One survivor said the driver of the bus managed to dodge the worst of the landslide.

"Part of it was coming down and the bus was a little bit back from that. The bus driver was backing up when it all came crashing down," Andres Ibarguen told radio station Lloro Stereo.

The bus had set out from the city of Cali with 25 passengers, civil defense officials said.

This rainy season that began in August is Colombia's worst in 40 years, according to the government, causing accidents that have left more than 270 people dead.