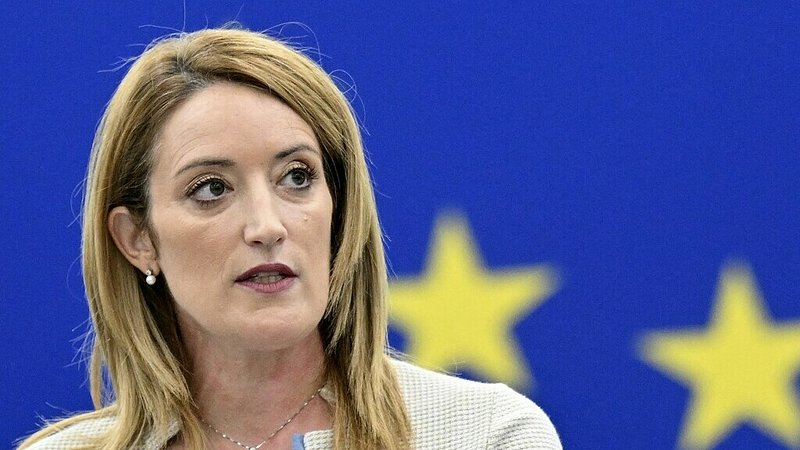 The European Parliament's website was hit by a cyber attack on Wednesday shortly after lawmakers approved a resolution calling Russia a "state sponsor of terrorism".

Parliament spokesman Jaume Duch posted on Twitter that the site had been targeted by a "DDOS attack" designed to force high levels of traffic from outside parliament onto the site, disrupting the network.

The European Parliament's website is still 'offline' for many users.

The @Europarl_EN is under a sophisticated cyberattack. A pro-Kremlin group has claimed responsibility.

Our IT experts are pushing back against it & protecting our systems.

This, after we proclaimed Russia as a State-sponsor of terrorism.

The European Parliament on Wednesday recognised Russia as a "state sponsor of terrorism", accusing its forces of carrying out atrocities during its war on Ukraine.

The move by the European legislators is a symbolic political step with no legal consequences, but MEPs urged the governments of the 27-nation EU to follow their lead.

"The deliberate attacks and atrocities carried out by the Russian Federation against the civilian population of Ukraine, the destruction of civilian infrastructure and other serious violations of human rights and international humanitarian law amount to acts of terror," a resolution approved by EU lawmakers said.

Kyiv has been calling on the international community to declare Russia a "terrorist state" over its invasion of the country, and the Strasbourg parliament's decision will likely anger Moscow.

"Russia must be isolated at all levels and held accountable in order to end its long-standing policy of terrorism in Ukraine and across the globe," he said in a social media post.

The European Union -- unlike the United States -- does not have a legal framework to designate countries as a "state sponsor of terrorism".

Washington has so far steered clear of putting Russia on its list, a move that triggers more sanctions and would remove the state immunity of Moscow's officials.

The resolution, backed by 494 MEPs and opposed by 58, calls on Brussels to put in place the "legal framework" to take the move and consider adding Russia.

"We called a spade a spade. Russia is not only a state sponsoring terrorism, but the state, which is using means of terrorism," said Lithuanian MEP Andrius Kubilius, who spearheaded the push for the resolution.

"The recognition of this fact by the European Parliament sends a clear political signal. Europe, Europeans do not want to remain passive, when their big neighbour violates all humanitarian and international standards."

European diplomats say work is underway on preparing a new package of sanctions after Moscow unleashed a ferocious missile and drone blitz against Ukraine's energy infrastructure following losses on the battlefield.

The European Parliament resolution also urged the EU to include the Wagner mercenary group and troops loyal to Chechen leader Ramzan Kadyrov on the bloc's sanctions list of "terrorist" organisations.