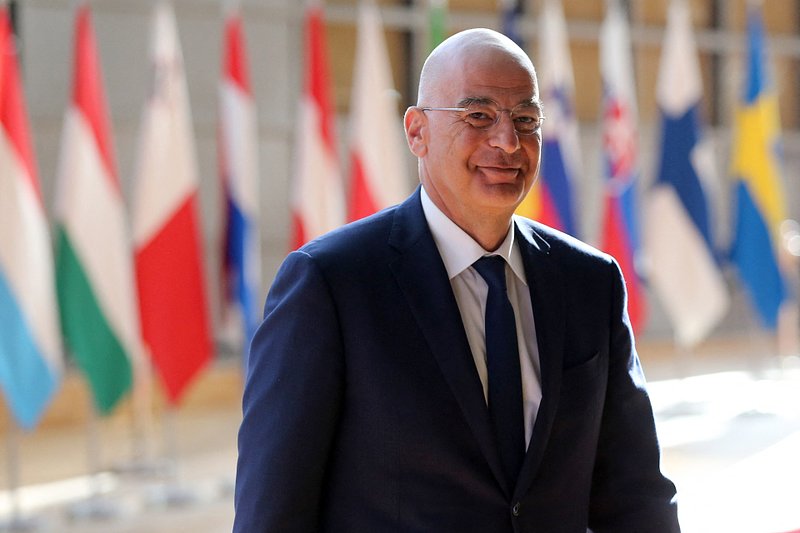 Greek Foreign Minister Nikos Dendias said Sunday that Greece seeks a constructive dialogue with Turkey but that its neighbour must halt its unending escalation of provocations first.

"It’s up to Turkey to...come to such a dialogue or not, but the basic ingredient must be a de-escalation," Nikos Dendias said in an interview with newspare ‘Proto Thema’ on Sunday.

"The one responsible for a de-escalation is the one causing the escalation [in the first place]” said the Greek Foreign Minister Nikos Dendias.

"Another source of geopolitical instability...at a time when there is a war going on in Ukraine, is the last thing we need in the Alliance" Dendias pointed out, reffering to NATO.

Both NATO members; the countries have been at odds for decades over their historical conflict and issues ranging from defining their continental shelves and exclusive economic zones, military overflights in the Aegean Sea, and the major issue of Cyprus.

Cyprus joined the EU as a de facto divided island but the whole of Cyprus is EU territory. Turkey is the only country in the world that recognises the “Republic of Northern Cyprus” since the Turkish invasion of 1974, with the rest of the international community considerering Northern Cyprus to be part of the Republic of Cyprus.

Last month, the European Union had voiced its concern over statements by Turkish President Erdogan who had said Turkey was ready to "do what is necessary" when the time comes, to challenge Greece in its Aegean islands near the Turkish coast.

"The continuous hostile remarks by the political leadership of Turkey against Greece...raise serious concerns and fully contradict much needed de-escalation efforts…Threats and aggressive rhetoric are unacceptable and need to stop" Peter Stano, spokesman for EU foreign policy chief Josep Borrell, had then said in a statement.