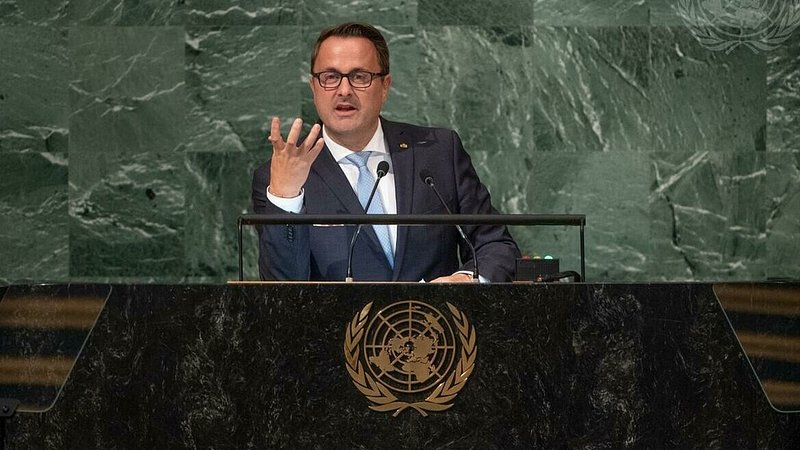 In his speech, the Luxembourg Prime Minister addressed the Ukraine war, global famine and climate targets.

Luxembourg is running for another term to become a member of the UN Security Council. This was announced by Prime Minister Xavier Bettel in his speech to the 77th General Assembly in New York on Friday. The candidacy refers to the years 2031 and 2032.

During his speech, Bettel also stressed that he remains committed to peace and security in Ukraine, Mali and the Middle East. In addition, he continues to stand up for human rights and support humanitarian action in the Sahel, Syria, Yemen and Afghanistan.
Luxembourg was one of the ten non-permanent members of the Security Council for the first time in 2013 and 2014. The five permanent members are France, the USA, the UK, China and Russia.