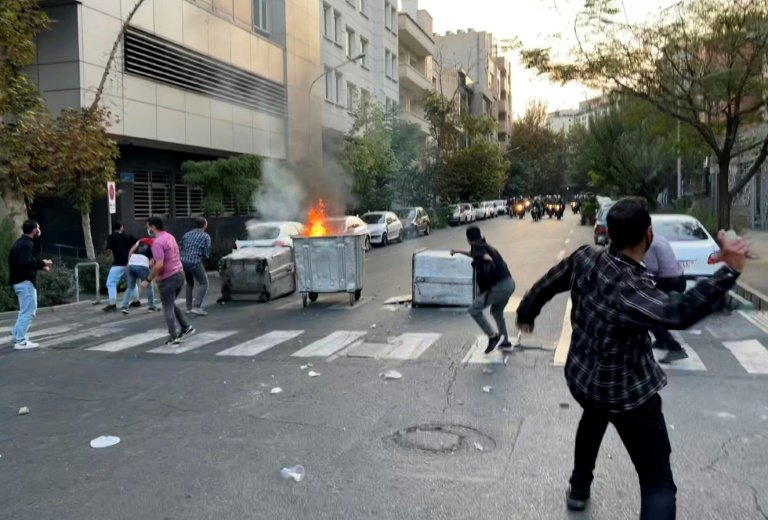 International alarm mounted on Tuesday over a deadly crackdown in Iran against protests that erupted over the death of young Iranian woman Mahsa Amini following her arrest by Tehran's notorious morality police.

Amini, 22, died on Friday three days after she was urgently hospitalised following her arrest by police responsible for enforcing Iran's strict dress code for women.

Activists said she suffered a blow to the head in custody but this has not been confirmed by Iranian authorities, who have opened an investigation.

Women and men took to the streets in cities and towns across the country for the fourth evening in a row Tuesday, despite the deaths of at least three people in the protests on Monday, shouting slogans against Iran's clerical leadership, images posted on social media showed. 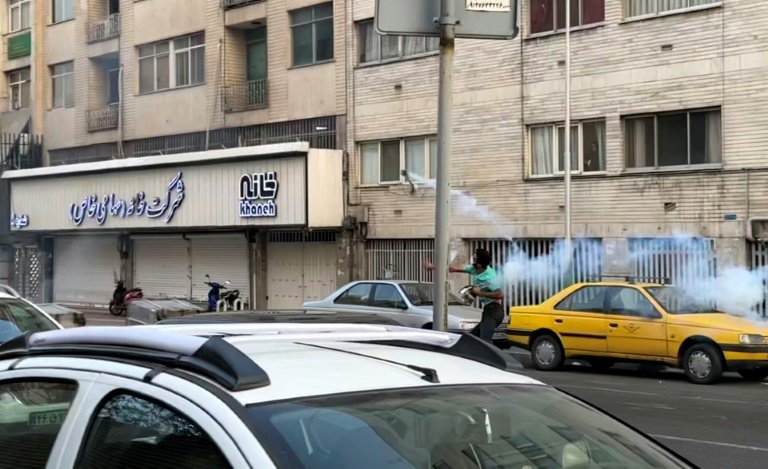 The protests, images of which were obtained by AFP outside Iran, are among the most serious in Iran since November 2019 / © AFP

The protests are among the most serious in Iran since the November 2019 unrest over fuel price rises, and marked this time by the presence of large numbers of women.

They have on occasion removed their headscarves in defiance of the Islamic republic's strict laws and sometimes even set them on fire or symbolically cut their hair.

The protests first erupted in Iran's northern Kurdistan province where Amini was from. They have now spread across the country to Tehran and also major cities including Rasht in the north and Bandar Abbas in the south as well as the holy city of Mashhad in the east.

Kurdistan province governor Ismail Zarei Koosha confirmed the deaths of three people, insisting they were "killed suspiciously" as part of "a plot by the enemy", according to the Fars news agency. 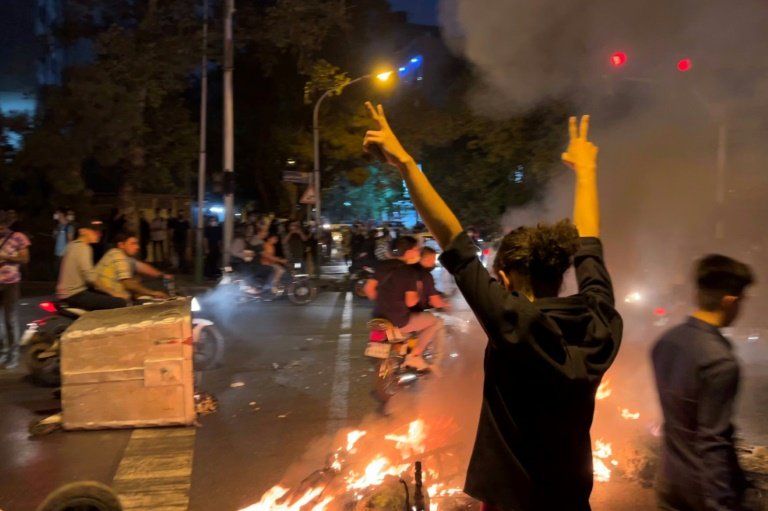 Activists say, however, that dozens of people have also been wounded and accuse the security forces of using live fire that has caused the casualties.

She said there must be an independent investigation into "Mahsa Amini's tragic death and allegations of torture and ill-treatment".

The Kurdish human rights group Hengaw, which is based in Norway, said it had confirmed a total of three deaths in Kurdistan province -- one each in Divandareh town, Saqqez and Dehgolan. 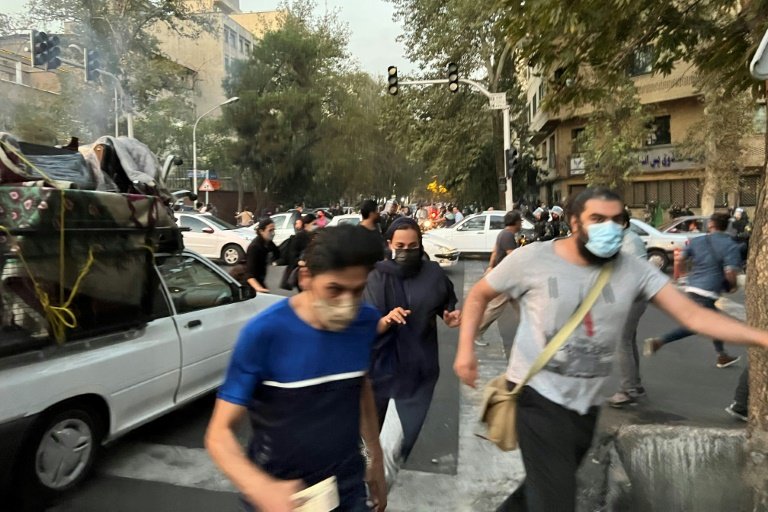 It added that 221 people had been wounded and another 250 arrested in Kurdistan, where there had also been a general strike on Monday.

A 10-year-old girl -- images of whose blood-spattered body have gone viral on social media -- was wounded in the town of Bukan but alive, Hengaw added.

Images posted on social media have shown fierce clashes especially in Divandareh between protesters and the security forces, with sounds of live fire.

Protests continued on Tuesday in Kurdistan, around Tehran's main universities and also, unusually, at the Tehran bazaar, images showed.

"Death to the dictator", and "Woman, life, freedom", protesters shouted, while demonstrators were shown starting fires and seeking to overturn police vehicles in several cities. 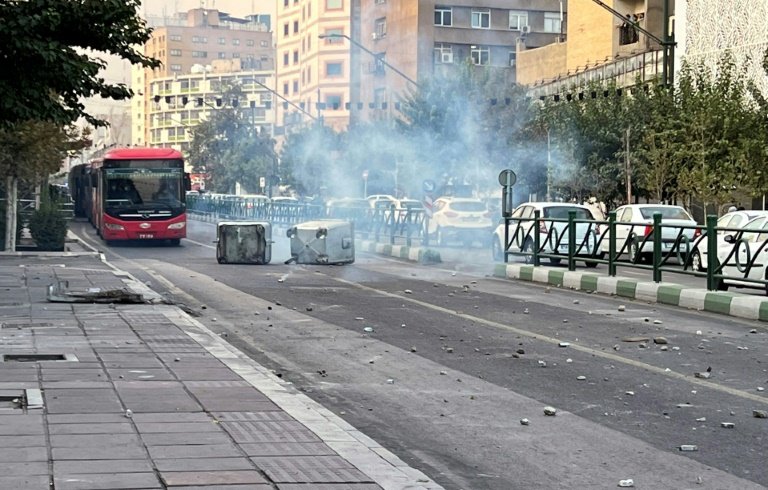 "It is not surprising to us that we are seeing people of all walks of life come out in Iran to object vigorously to that, and say that is not the kind of society that they want to live in," said US National Security Adviser Jake Sullivan. 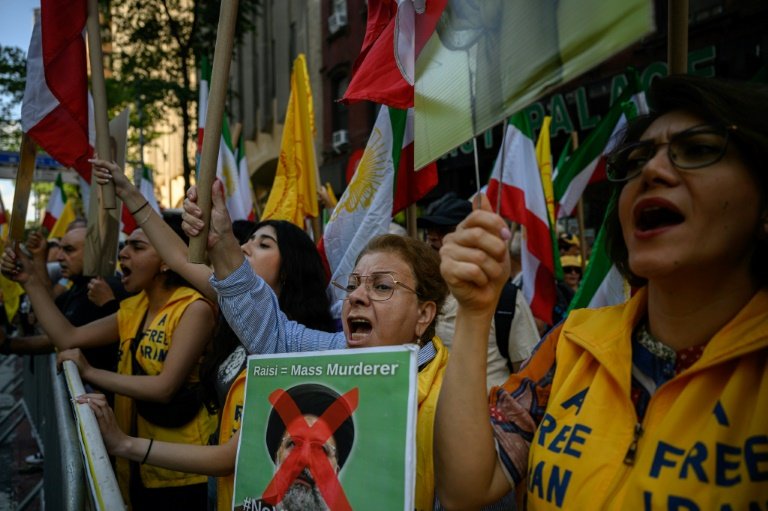 Protesters in New York attend a rally calling for the prosecution of Iran's President Ebrahim Raisi, during the United Nations General Assembly / © AFP

The Netblocks internet access monitor noted a more than three-hour regional internet blackout in Kurdistan province and also partial disruptions in Tehran and other cities during protests on Monday.

The situation will add to pressure on Iran's ultra-conservative President Ebrahim Raisi who is in New York for the UN General Assembly this week where he was already set to face intense scrutiny over Iran's human rights record.

Dissidents and ex-prisoners on Tuesday announced in New York the filing of a civil lawsuit against Raisi, over his role as a judge in the 1980s when thousands of people were sentenced to death in the country.

Cameron Khansarinia, political director of the advocacy group National Union for Democracy in Iran, said the complainants were "echoing the cries we hear today on the streets of Iran".