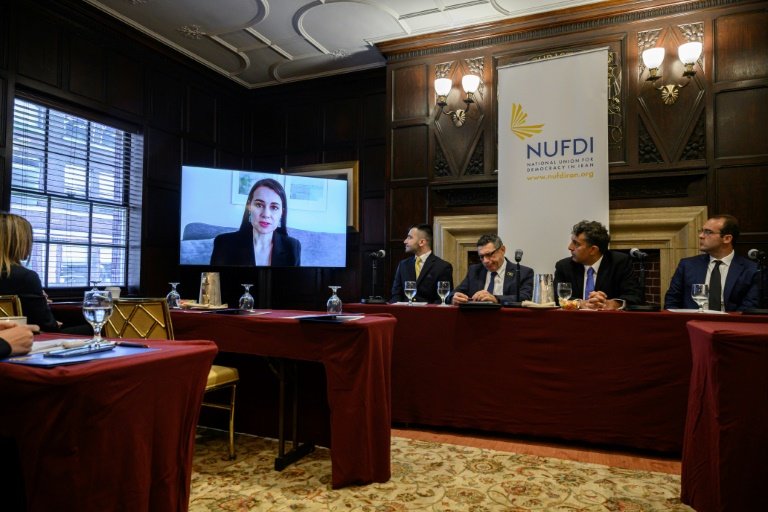 British-Australian academic and former prisoner in Iran, Kylie Moore-Gilbert (L), speaks by video to a press conference by Iranian dissidents and ex-prisoners who filed a US lawsuit against Iranian President Ebrahim Raisi / © AFP

Iranian dissidents and ex-prisoners including a Western academic on Tuesday announced the filing of a civil suit in New York against Iranian President Ebrahim Raisi as he attended the UN General Assembly.

The Islamic republic's hardline president is the target of the complaint for his role as a judge in the 1980s when thousands of people were sentenced to death in the country, according to the advocacy group National Union for Democracy in Iran.

The suit had yet to be made public Tuesday evening by a US federal court in Manhattan.

Kylie Moore-Gilbert, an Australian-British academic imprisoned in Iran from September 2018 to November 2020 for espionage, appeared by video at a New York press conference and painted a harrowing picture of her ordeal behind bars, including a year of solitary confinement.

"I was subjected to a range of different psychological and physical tortures and was routinely subjected to cruel and degrading and humiliating mistreatment," Moore-Gilbert said.

The litigation "is a step towards justice and an attempt to help victims regain their dignity," former prisoner Navid Mohebbi told reporters.

"I have seen the very worst of what this regime and Raisi have done to my compatriots," Mohebbi added.

The civil suit invokes US legislation protecting victims of torture. 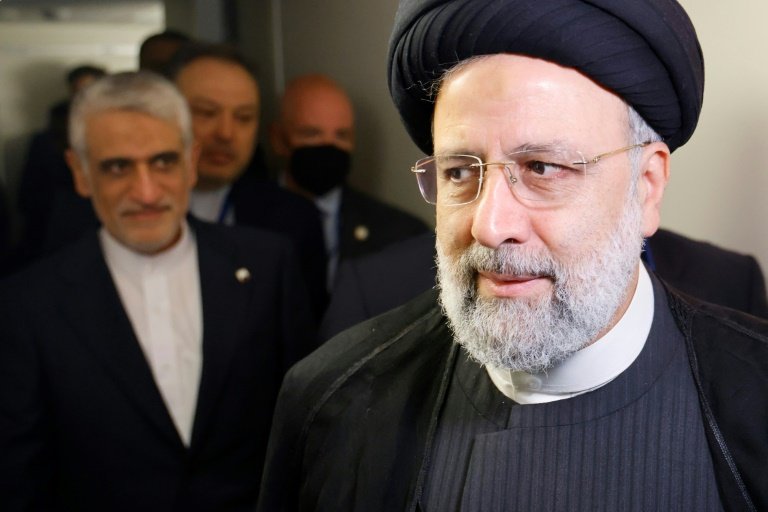 Iranian President Ebrahim Raisi, in New York as the UN General Assembly begins, is the target of a legal suit over his role as a judge in the 1980s when thousands of people were sentenced to death in Iran, according to dissidents / © AFP

NUFDI political director Cameron Khansarinia said "the plaintiffs in this case, Iranian dissidents, former Iranian hostages, former Western hostages, are coming together in an unprecedented fashion to take a step forward for justice."

He said that the dissidents and former prisoners were "echoing the cries we hear today on the streets of Iran," a reference to a deadly crackdown against protests that erupted after the death of young Iranian woman Mahsa Amini after she was arrested by morality police who enforce restrictions on women's dress.

The complaint is not the first against Raisi on American soil.

In August in New York a civil lawsuit filed by a separate exile group challenged US authorities to take action against Raisi ahead of his UN appearance.

According to that filing, Raisi in 1988 was a member of the so-called "death commission," four judges who directly ordered thousands of executions as well as torture of members of the armed opposition People's Mojahedin Organization of Iran, known as the MEK.

Raisi, elected in August 2021, is due to address the UN General Assembly on Wednesday.

Earlier Tuesday he met in New York with French President Emmanuel Macron, who said he discussed Tehran's nuclear program and "respect for women's rights" after the demonstrations in several Iranian cities.