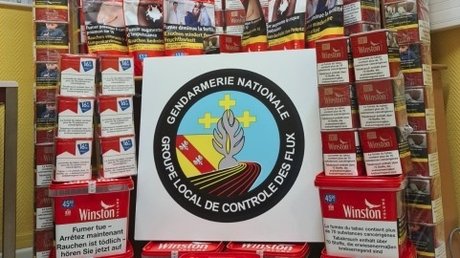 The gendarmerie arrested two people who were returning from Luxembourg with large quantities of tobacco.

It is a successful control that the gendarmerie of Meurthe-et-Moselle has just carried out.

During the night of Wednesday to Thursday, they stopped a vehicle on the A4 motorway, loaded with 20 kg of tobacco bought in Luxembourg. On board were two motorists returning to Burgundy, reports France Bleu.

In addition to having largely exceeded the import quotas in force (set at 200 cigarettes, 250g of tobacco, 50 cigars, and 100 cigarillos per person), the two individuals were traveling in a vehicle that was not insured and had no technical inspection.

They came to take advantage of the price difference in Luxembourg and won a court case.

The gendarmerie planned to destroy the 20 kg of tobacco.