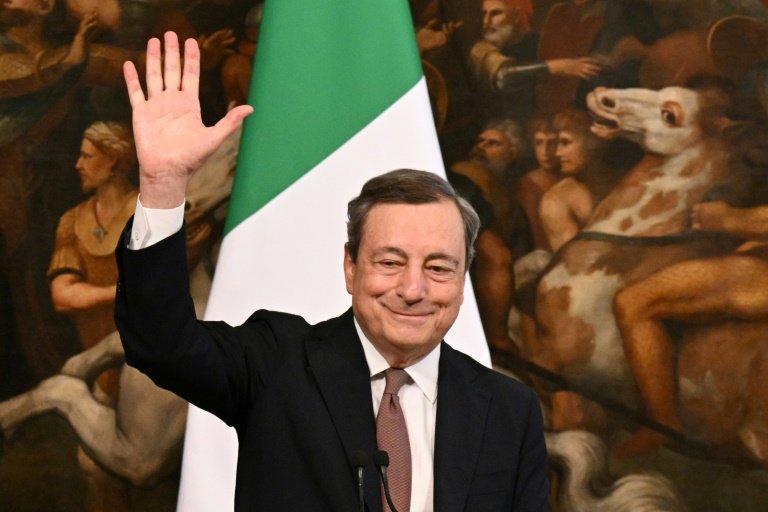 Mario Draghi, credited with helping save the eurozone as head of the European Central Bank, presided over a remarkable period of unity as Italy's premier before falling foul of its notoriously unstable political system.

The star economist was never directly elected but won the backing of almost all political parties when he took office in February 2021 and raised Italy's profile on the international stage as a respected leader in the European Union and G7.

He was tasked with battling the coronavirus pandemic and the aftermath of a recession in Europe's third-largest economy just as Italy was awarded a vast part of an unprecedented EU recovery package worth billions of euros to boost growth.

Enjoying soaring personal popularity and the trust of Brussels and the financial markets, Draghi was seen as the best choice to revive a stagnant economy, plagued by structural inefficiencies and a punishing bureaucracy, by ushering in structural reforms long delayed by infighting and inertia.

But with elections scheduled for next year, the parties in his coalition grew increasingly restive and Draghi's stern warnings to stop political games went unheeded.

Three parties in his coalition on Wednesday refused to participate in a confidence vote, pulling the plug on the government.

Born in Rome on September 3, 1947 in a well-off family, Draghi lost both parents in his mid-teens, leaving him to care for two younger siblings.

As a young man he was never a rebel, even if he sympathised with the 1968 protest movement. "My hair was quite long, but not very long," he told German magazine Die Zeit in 2015.

Draghi was educated in a Jesuit-run elite high school where he excelled in maths, Latin and basketball, and shared lessons with the likes of former Ferrari boss Luca Cordero di Montezemolo.

Draghi, who is married with two children, remains a practising Catholic. 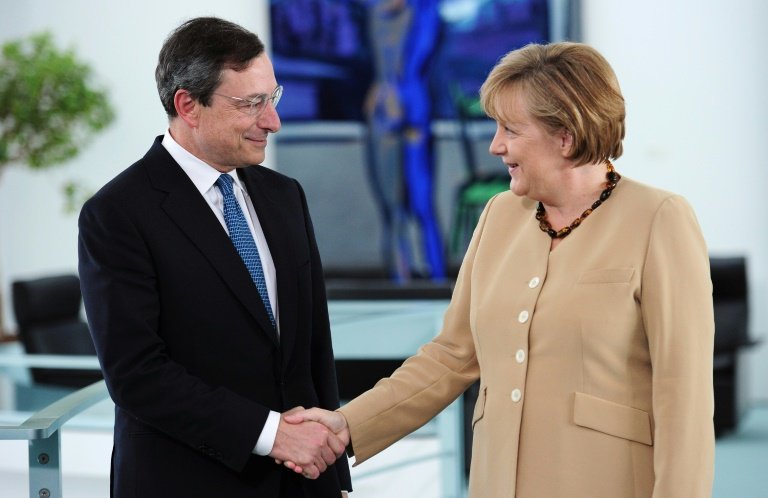 In 1970, Draghi graduated in economics, with a thesis that argued the single currency "was a folly, something that should absolutely not be done" -- a view that later evolved, as he became one of the euro's strongest supporters.

He earned a PhD from the prestigious Massachusetts Institute of Technology (MIT) in the United States, and taught economics in several Italian universities.

After spending six years at the World Bank from 1984 to 1990, he led the treasury department at the Italian economy ministry for a decade, working under nine separate governments.

From that position, Draghi masterminded large-scale privatisations and contributed to deficit-cutting efforts that helped Italy qualify for the euro.

In 2002, Draghi joined the management of Goldman Sachs, before being tapped three years later to lead the Bank of Italy after a scandal involving its former head, Antonio Fazio.

He was named to head the European Central Bank (ECB) in November 2011 when a near-bankruptcy situation in Italy risked triggering the collapse of the entire eurozone.

A year later, Draghi changed history by pledging to do "whatever it takes to preserve the euro", adding: "And believe me, it will be enough."

He was credited with helping save the single currency. However, that rescue came only with help from hefty cash injections and historic low interest rates -- earning him the ire of conservatives, especially in Germany.

People who saw "Super Mario" at work at the ECB say he was a skilful negotiator with sharp political antennas, and ready to play "bad cop" to sway decisions in his favour, a former aide told AFP. 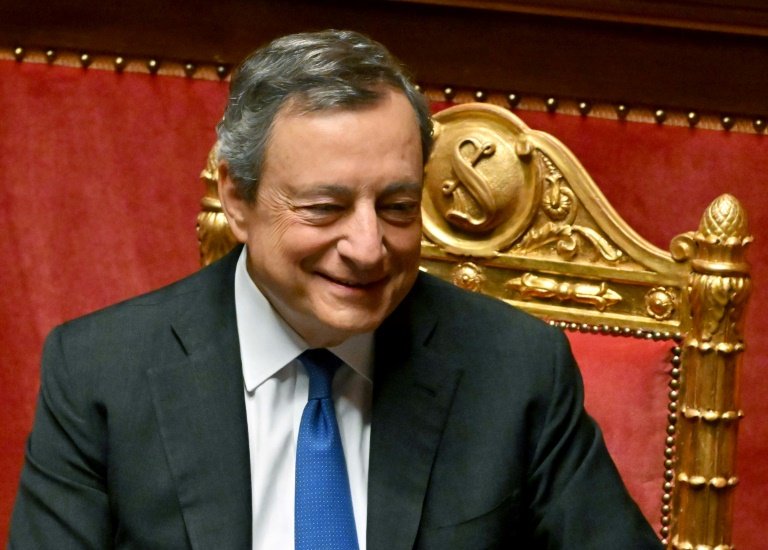 Draghi is someone who does not accept "lame compromises" for the sake of maintaining consensus, the aide said.

After leaving the ECB in 2019, Draghi laid low and spent most of Italy's coronavirus lockdown period in his country house in central Umbria.

He was called in to lead Italy by President Sergio Mattarella, after the previous government of Giuseppe Conte collapsed into in-fighting in January 2021.

He had been tipped to succeed Mattarella during presidential elections in parliament earlier this year, but in the end Mattarella was called back for a second term after lawmakers failed to agree on anyone else.