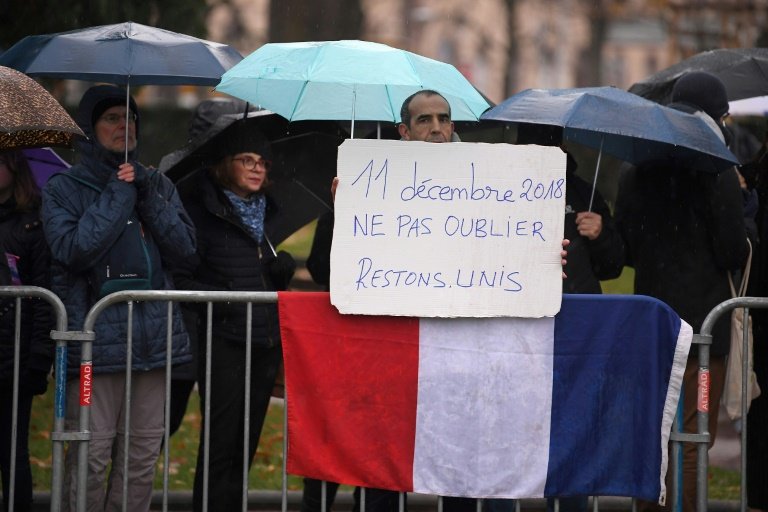 Prime Minister Jean Castex joined the ceremony on Saturday, where local officials and relatives of the five victims remembered the horrific attack from 11 December 2018.

Martine Winterberger, who was among the injured three years ago, spoke at the closed event and read out a text jointly authored with other victims: "We need a lot of strength and courage to process both the attack and the trauma. Confronted with hate, we chose life, peace, hope, fraternalism, and sharing. We still have a long road ahead of us."

PM Castex and Strasbourg Mayor Jeanne Barseghian placed white roses around the commemorative statue. The ceremony came to a close with a minute of silence, as none of the elected officials addressed the crowd. PM Castex also left the scene right after the end to inaugurate a new motorway section in Strasbourg.

On the day in question, 29-year-old Chérif Chekatt attacked people at the Strasbourg market armed with an old revolver and a knife. 78 people are considered to have fallen victim to the terror attack, including the fallen, their relatives, the injured, as well as those who suffered psychological damages. 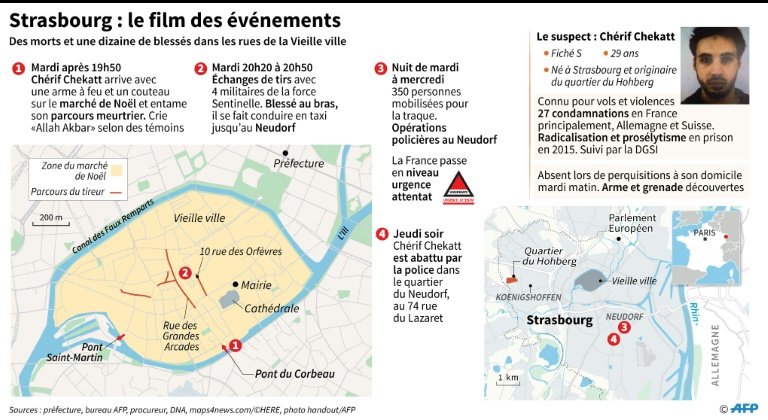 Although Chekatt managed to escape the scene even after being injured by one of the soldiers, he was identified and shot dead 48 hours later in one of the southern Strasbourg districts. Authorities later found a video in which the attacker pledged his allegiance to the Islamic State.

A total of five people have since been investigated under the suspicion of providing Chekatt with weapons. However, a trial is not expected to take place before 2023.