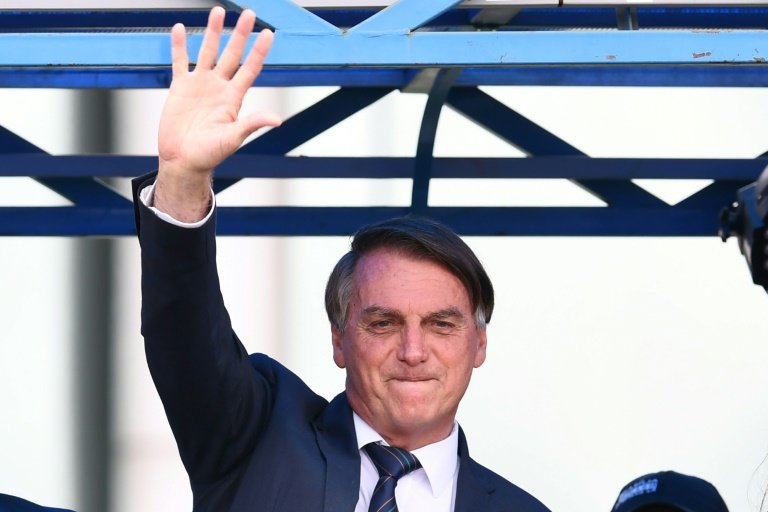 Brazilian President Jair Bolsonaro, who has been without a political party since 2019, on Tuesday joined the right-wing Liberal Party (PL) ahead of 2022 elections.

The far-right leader, who quit his previous party less than a year into his term, was required to join another to seek reelection in a country where the law bars independent candidacies.

Having failed to gather the half-million signatures required to register his own party, Bolsonaro then opted to join the PL, part of the so-called "centrao," a loose coalition of parties known for their knack for clinging to power and gaining access to government pork.

"Thank you for your confidence and your support," Bolsonaro said at an event to make his membership official, in a hotel in Brasilia where few in the crowd wore anti-coronavirus face masks.

Bolsonaro, 66, has gone through eight previous parties in his more than three-decade political career.

He won the presidency in 2018 with the Social Liberal Party (PSL), but resigned in November 2019 after a power struggle with its leadership.

He then tried to launch his own party, dubbed the Alliance for Brazil, but fell short of the signatures and other requirements needed to register it.

Despite running in 2018 as a maverick outsider opposed to "old-school politics," Bolsonaro has since struck up an alliance with the "centrao," whose votes in Congress have helped him pass legislation and shielded him from the scores of impeachment petitions opponents have filed against him.

Bolsonaro's popularity is at a low of 22 percent, weighed down by his controversial downplaying of Covid-19 and the stalled economic recovery from the pandemic, which has claimed more than 600,000 lives in Brazil.