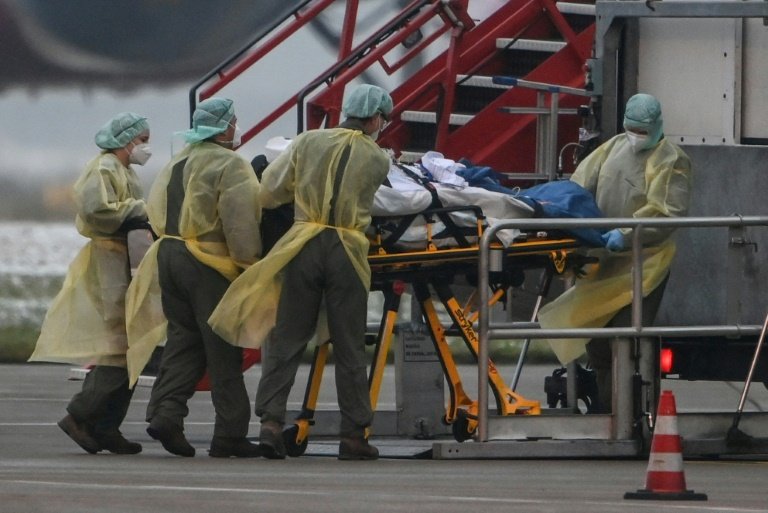 The World Health Organization said Friday that a new Covid strain discovered in South Africa is more infectious than the dominant, highly transmissible Delta strain, and renamed this B.1.1.529 strain of Covid-19 as Omicron.

The United States, Brazil, Canada, and Saudi Arabia became the latest countries to restrict travel from southern Africa, where the new "variant of concern" has been discovered in a potentially heavy blow to the world's efforts to end the coronavirus pandemic.

It has reached Europe with one confirmed case in Belgium after being found in South Africa, Botswana and then in Hong Kong.

Anxious tourists in Johannesburg rushed to the airport to catch a last flight out as nations across the globe started shutting their doors, while many worried the new variant could be more resistant to vaccines.

Markets around the world plunged as news of the latest setback in the fight against the pandemic sank in.

US President Joe Biden said countries should donate more Covid-19 vaccines and give up intellectual property protections to manufacture more doses worldwide to stem the spread of the virus. 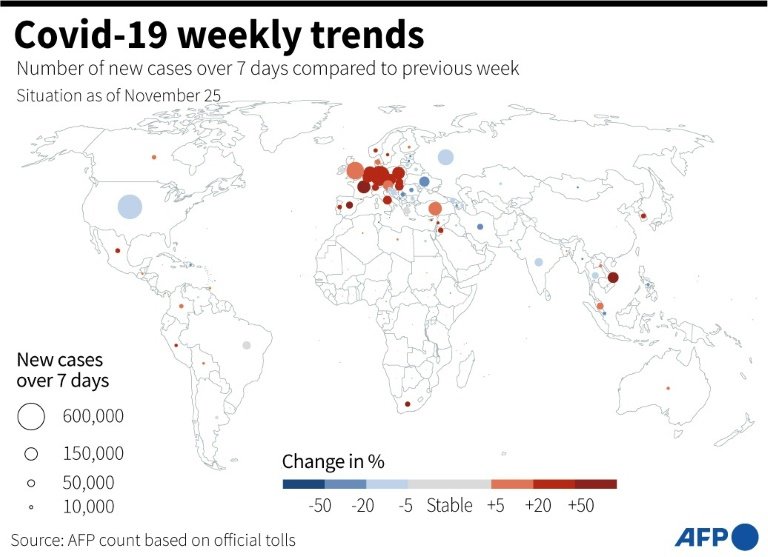 "The news about this new variant should make clearer than ever why this pandemic will not end until we have global vaccinations," he said.

Scientists are now racing to determine the threat posed by the heavily mutated strain, and whether the current coronavirus vaccines should be adjusted.

Read also: Are stricter Covid measures on the horizon for Luxembourg?

The WHO said it could take several weeks to understand the variant and cautioned against imposing travel curbs while scientific evidence was still scant.

EU officials holding an emergency meeting agreed to urge all 27 nations in the bloc to restrict travel from southern Africa, even though many members had already announced flight suspensions. 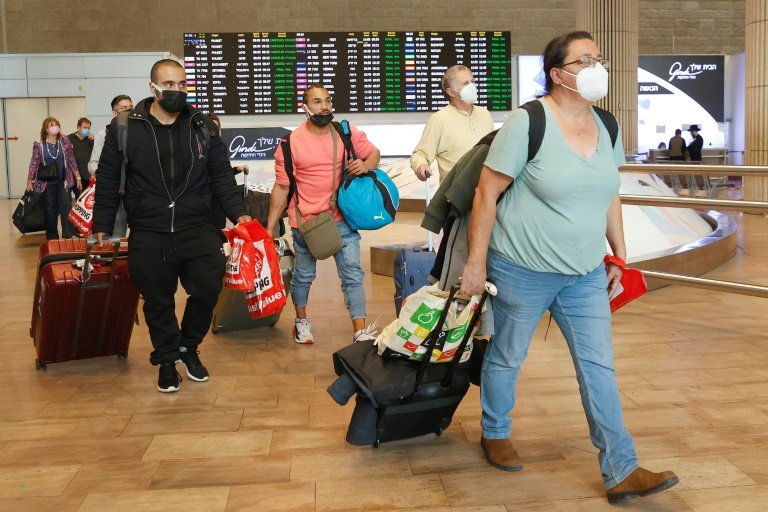 Israel said it had quarantined three people with the new variant, with one just returned from Malawi / © AFP/File

Europe is already struggling with a coronavirus surge, and the Netherlands on Friday became the latest country to ramp up anti-Covid restrictions with the early closure of bars, restaurants and shops.

"From Sunday, the whole of the Netherlands is effectively closed between 5pm and 5am," Prime Minister Mark Rutte said.

Belgium announced the first publicly known case of B.1.1.529 in Europe: an unvaccinated person who returned on November 11 from Egypt via Turkey. The health ministry did not give the individual's nationality, age or gender.

"It must be repeated that this is a suspect variant -- we don't know if it is a very dangerous variant," Belgian Health Minister Frank Vandenbroucke said.

Israel said it has quarantined three people, one having just returned from Malawi.

The United States, Brazil, Canada and Guatemala also restricted travel from the region. The US measures go into force on Monday.

Japan said it will require a 10-day quarantine period for travelers from the area.

The shock measures included South Africa, as well as many of the following: Botswana, Eswatini (Swaziland), Lesotho, Namibia, Zambia, Mozambique, Malawi and Zimbabwe. 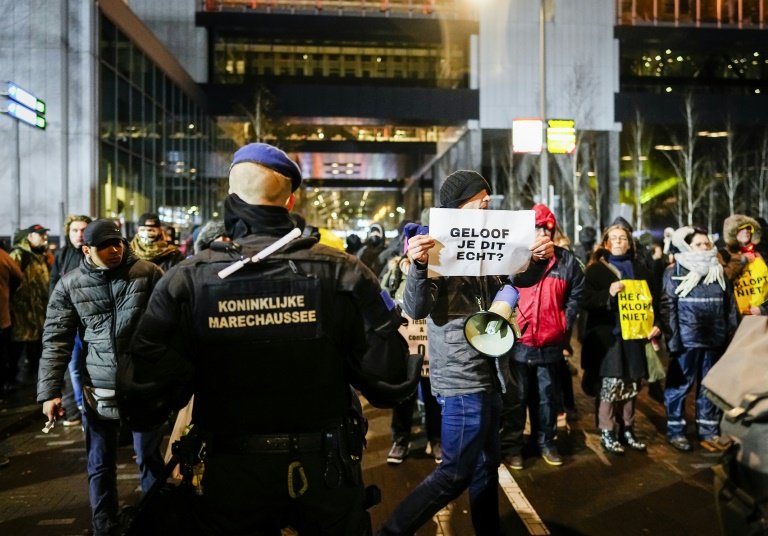 The Netherlands has ramped up anti-Covid restrictions, sparking protests / © ANP/AFP

Germany on Friday used a military plane to transfer intensive-care patients to less afflicted regions, in an unprecedented move as it battles a vicious fourth wave of the pandemic.

The rush to close off southern Africa comes a day after scientists in Johannesburg said they had detected the new strain with at least 10 mutations, compared with two for the Delta.

The variant is of "serious concern" and had been blamed for a surge in infection numbers, authorities in South Africa said.

The new variant caused Wall Street to plunge in Friday's holiday shortened session, with the Dow Jones index suffering its worst loss of the year as it plunged 2.5 percent.

And next week's World Trade Organization ministerial conference, the global trade body's biggest gathering in four years, was called off at the last minute Friday due to the new variant, a source told AFP.

The European Medicines Agency said it was "premature" to talk about modifying current vaccines to target the new variant.

Germany's BioNTech and US drugmaker Pfizer said they were studying the variant, with impact data expected "in two weeks at the latest" to say whether their jointly developed vaccine should be adjusted if Omicron spreads globally.

But Moderna said it will develop a booster specific to the new variant as part of a three-pronged strategy to fight it.