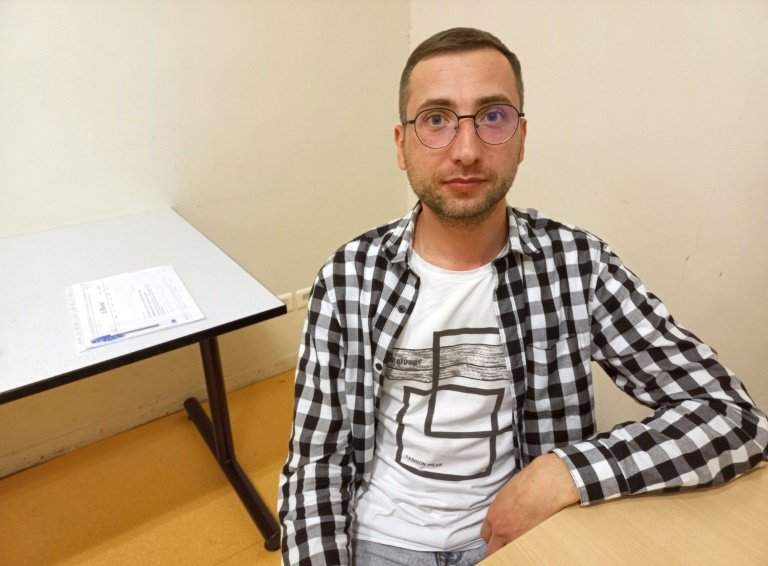 Whistleblower Savelyev is now a wanted man in Russia / © AFP/File

Russia on Saturday placed a former prison inmate who leaked harrowing videos of rape and torture inside a Russian prison on a wanted list.

A notice on the interior ministry's website said Sergei Savelyev -- a Belarus national who is seeking asylum in France -- was wanted in connection with an unspecified criminal case.

Savelyev smuggled footage of abuse out of a jail in the central city of Saratov. Fearing reprisals, he fled the country in February and last week arrived in France, where he asked for asylum.

While serving 7.5 years for drug trafficking, he worked as an IT maintenance officer, earning access to the prison's internal server and those of other jails, where he found several videos.

He saved them on a USB stick that he hid near the prison exit.

Some of the videos were then published by the Russian rights groups Gulagu.net, prompting an official probe and the sacking of several officials.

Savelyev said that while the interior ministry did not provide details of why he was wanted, he thought it was for "leaking state secrets".

"They are going down the only path they know, the path of force," he said in a video from France published by Gulagu.net.

Russian authorities are trying "to shut my mouth".

"It's a shame that instead of using the time to reform the system and investigate all this terrible evidence we gave them, they are trying to hide the truth," he said.

Russia's vast prison system has long been an arena of torture and sexual violence inflicted on inmates, monitors say, but the videos have cast new light on such abuses.

In an interview with AFP earlier this week, Savelyev said the abuse was often doled out to try to force inmates to confess or inform on other prisoners.

The videos of the abuse were then used to blackmail the victim into compliance.

After Gulagu.net published the videos of the abuse, the head of the jail, where prisoners needing medical attention for tuberculosis are held, was sacked, along with three regional prison officials.

The top prison official for the Saratov region was also to be relieved of his post over "serious mistakes", authorities said.

Savelyev told AFP he still had many other videos he had collected in jail, but refused to say what he planned to do with them.

He said before he fled Russia he had been approached by Russian agents who offered him a shorter sentence in return for his cooperation.

"They weren't interested in knowing anything about human rights violations," he said.