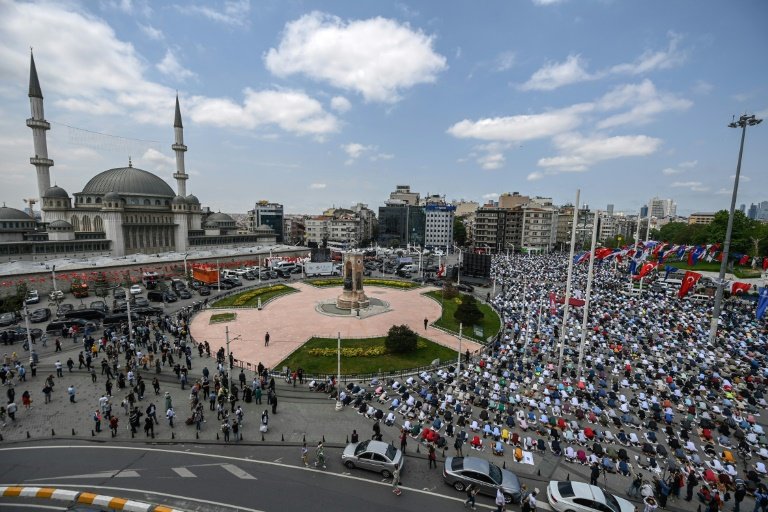 Turkish President Recep Tayyip Erdogan on Friday inaugurated the first mosque in Istanbul's Taksim Square, transforming the landscape of the area, eight years to the day after protests began there that shook his government.

The mosque is Erdogan's mark on the square, the most famous area in Turkey's economic capital, and a fulfilment of a 30-year-old dream.

"Taksim Mosque now occupies a prominent place among the symbols of Istanbul," Erdogan said after performing Friday prayers at the site.

"God willing, it will stay until the end of time."

The opening was met with enthusiasm, with several thousand people praying outside in the square because the mosque filled so quickly, an AFP correspondent said.

"There are too many people and not enough mosques. God bless those who made this happen," said Abuzer Koc, who had a Turkish flag draped across his shoulders and had come to take part in the inaugural prayer. 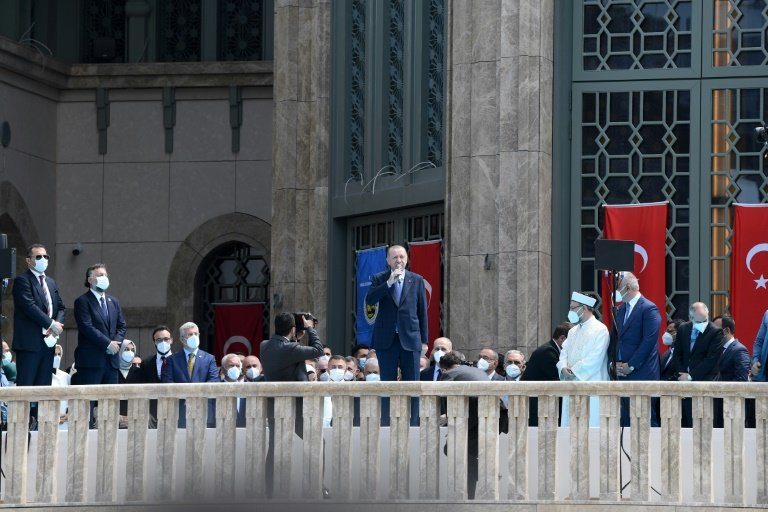 "Taksim Mosque now occupies a prominent place among the symbols of Istanbul," Erdogan said after performing Friday prayers at the site / © AFP

Some 4,000 people will be able to pray inside the mosque, which combines Ottoman style with contemporary features.

When Erdogan served as Istanbul mayor in the 1990s, he lamented the absence of a mosque in Taksim Square, noting that the only visible religious site was an Orthodox church in an area not too far away.

"There wasn't even a prayer room and the faithful had to make do with praying on newspapers on the ground," Erdogan said on Friday.

Although Turkey is a Muslim-majority country, the mosque's construction was criticised when it began in 2017, with some opponents accusing Erdogan of seeking to "Islamise" the country and displace the founder of the secular modern republic, Mustafa Kemal Ataturk.

The new building eclipses the "Republic Monument" in the square, which depicts the important figures of the Turkish War of Independence, including Ataturk.

The mosque was initially intended to be inaugurated during the Muslim holy month of Ramadan.

But Erdogan, who pays strict attention to dates for events, finally opted to open the mosque on the day when anti-government protests started in 2013. 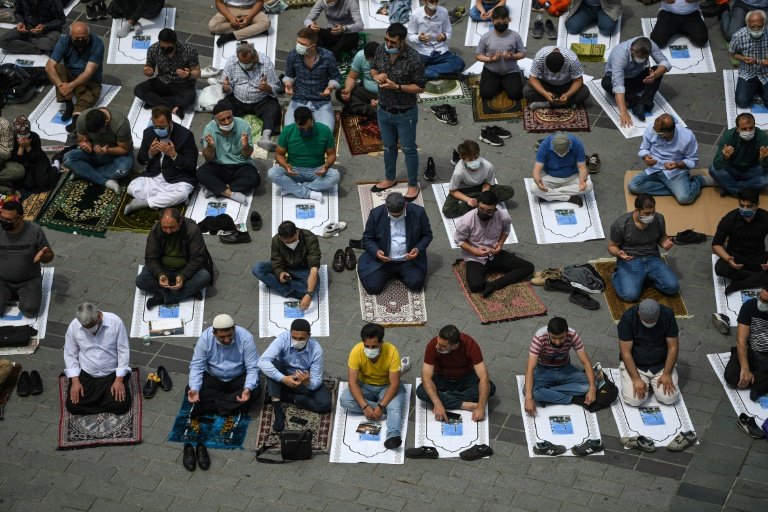 The square was the centre of the demonstrations known as the "Gezi movement" and were met with a heavy-handed response from police.

The opening also comes a day before the 1453 conquest of Constantinople by Ottomans, a special day for the president nostalgic for past glories.

Erdogan said during the inauguration that he saw the Taksim Mosque as "a gift to celebrate the 568th anniversary of Istanbul's conquest".

The president often presents himself as a builder who has transformed the country with airports, hospitals, roads and grand mosques.

A substantially larger mosque at the top of Istanbul's Camlica hill opened in 2019 which can accommodate up to 60,000 worshippers.

The mosque is visible from almost any point of the city, like the Ottoman sultans who built places of worship that would survive them.

Erdogan will commemorate Constantinople's conquest on Saturday at Camlica Mosque.

The new mosque is part of Erdogan's bid to satisfy his pious and conservative electoral base during a period of growing economic difficulties.