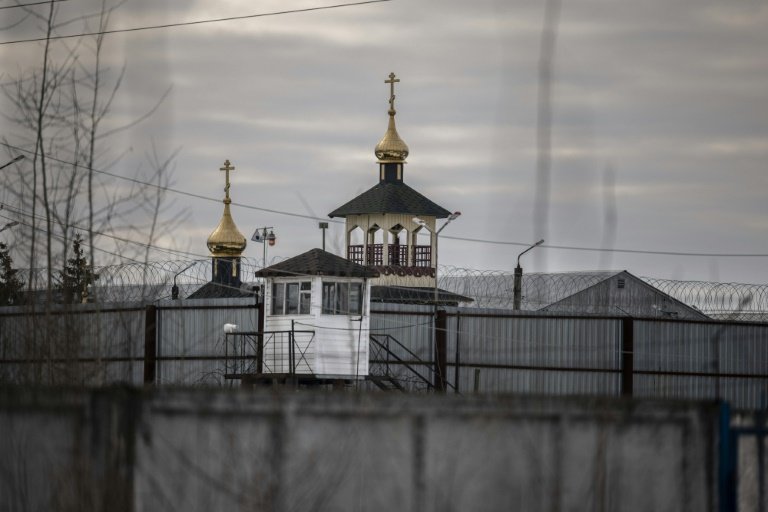 UN human rights experts called Monday for an international probe into the poisoning of Kremlin critic Alexei Navalny and his immediate release as the EU approved sanctions on four senior Russian officials involved in the detention.

Agnes Callamard, the UN's special rapporteur on extrajudicial, summary and arbitrary executions, and Irene Khan, the top expert on freedom of opinion and expression, insisted on the need to ensure accountability for the "sinister poisoning".

They demanded Navalny's "immediate release" from a Russian penal colony, where he was transferred last week from a Moscow prison.

EU member states, meanwhile, approved sanctions on four senior Russian justice and law enforcement officials involved in his detention. They will be banned from travelling to the bloc and see any assets they hold there frozen.

The United States is also preparing to impose sanctions on Russia for Navalny's poisoning and imprisonment, according to a CNN report citing two officials from President Joe Biden's administration.

President Vladimir Putin's most prominent opponent has been sentenced to two-and-a-half years in a penal colony for violating parole terms while in Germany recovering from a poisoning attack.

The 44-year-old spent months recovering from the near fatal poisoning with the Soviet-era nerve agent Novichok that he claims was ordered by Putin -- something the Kremlin has repeatedly denied.

But on Monday, Callamard told reporters that she and Khan had concluded that "Russia is responsible for the attempted arbitrary killing" of Navalny.

Khan told journalists that Navalny's poisoning with Novichok may have been "carried out deliberately to send a clear, sinister warning that this would be the fate of anyone else who would criticise and oppose the government."

"Novichok was precisely chosen to cause fear."

The independent experts, who are appointed by the UN but do not speak on its behalf, said Navalny's lawyers had asked them to look into the case back in August, and that they had sent their findings in a letter to Russian authorities in December.

The letter, which they published Monday after a 60-day confidentiality clause expired and which had yet to receive a response from the Kremlin, detailed evidence pointing to the likely involvement of government officials in the poisoning, they said.

They pointed out that the novel form of Novichok used in the poisoning "could only be found within and amongst state actors."

The letter also pointed out that at the time of the poisoning, Navalny had been under "intensive government surveillance... making it unlikely that any third party could have administered such a banned chemical without the knowledge of the Russian authorities."

The experts deplored that the authorities had shown no signs of seriously investigating his poisoning, insisting on the need for an international probe.

"Given the inadequate response of the domestic authorities, the use of prohibited chemical weapons, and the apparent pattern of attempted targeted killings, we believe that an international investigation should be carried out as a matter of urgency," they said.

- Will 'be held responsible' -

The experts also stressed that the Russian government was responsible for Navalny's "care and protection" and would "be held responsible for any harm that may befall him."

Asked by Russian media about the appropriateness of supporting Navalny after Amnesty International last week stripped him of his "prisoner of conscience" status over past comments he had made advocating "hatred", Khan stressed that "human rights belong to all of us."

She did not comment on the content of Navalny's prior comments, but said the experts' support was "because his right to life was being violated, because his right not to be tortured was violated."

The experts also highlighted that the attack on Navalny appeared to be part of a broader trend of arbitrary killings and attempted murders of government critics stretching back decades.

"This pattern requires an emphatic and persistent response by the international community," they said.

They also pointed to previous attacks on Navalny, insisting Russian authorities had at the very least failed in their duty to protect him.

"Even in the unlikely event that a third party could somehow have committed this act, Russia would have failed in its obligation to protect the life of Mr Navalny against such non-state actors."