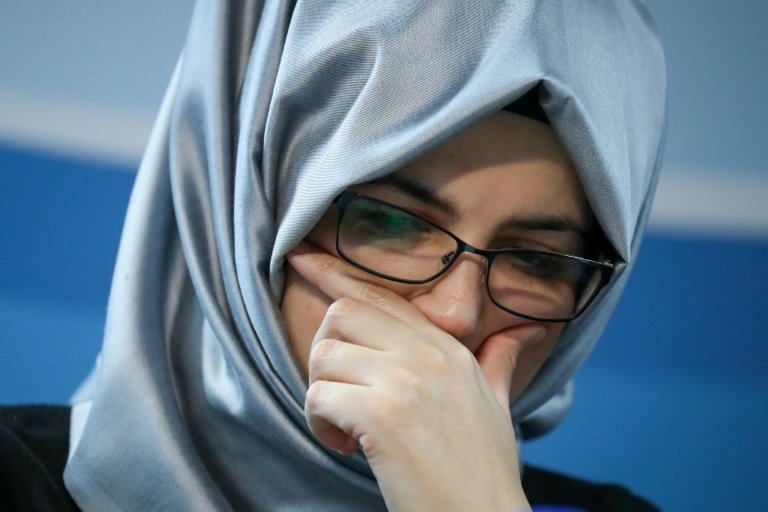 Hatice Cengiz, the fiancee of slain journalist Jamal Khashoggi, said there "is no longer any political legitimacy for the Crown Prince" / © AFP/File

The Turkish fiancee of slain journalist Jamal Khashoggi and a UN rapporteur both called on Washington on Monday to punish Saudi crown prince Mohammed bin Salman over the murder.

The United States on Friday declassified a report that publicly accused the crown prince of approving Khashoggi's murder in the Saudi Arabia's Istanbul consulate in 2018.

But the United States stopped short of applying sanctions against the 35-year-old de facto Saudi leader, known by his initials MBS.

"It is essential that the crown prince, who ordered the brutal murder of a blameless and innocent person, should be punished without delay," Khashoggi's fiancee Hatice Cengiz said in a statement posted on her official Twitter.

"This will not only bring the justice we have been seeking for Jamal, but it could also prevent similar acts recurring in the future."

Khashoggi, a US resident and critic of Prince Mohammed who wrote for The Washington Post, was killed and dismembered at the kingdom's Istanbul consulate after going inside to receive paperwork for his wedding to Cengiz.

Cengiz said that "following this report, there is no longer any political legitimacy for the Crown Prince".

But she said the US report did not go far enough. 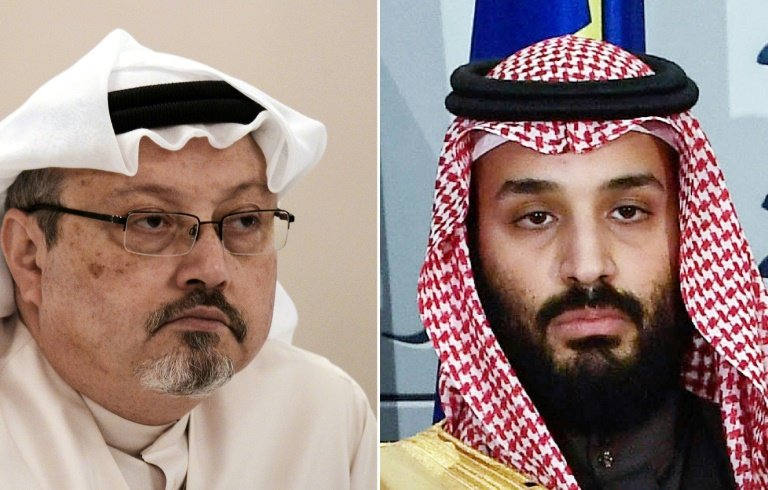 The US has declassified a report that publicly accuses Prince Mohammed, right, of approving the murder of Khashoggi, left / © AFP/File

"The truth -- that was already known -- has been revealed one more time, and it is now confirmed."

"Yet this is not enough," she warned, "since the truth can only be meaningful when it serves justice being achieved."

Her comments were echoed in Geneva by Agnes Callamard, the UN's special rapporteur on extrajudicial, summary and arbitrary executions.

"It is extremely in my view problematic if not dangerous to acknowledge someone's culpability and then to tell that someone that we won’t do anything," Callamard told reporters.

"I am calling on the US government to act on its public findings and to sanction MBS for what he has done."

The Saudi government, which initially said it had no information on Khashoggi, says it accepts responsibility for the killing but casts it as a rogue operation that did not involve the prince.

In a statement late Friday, the Saudi foreign ministry said it "completely rejects" the declassified US report.