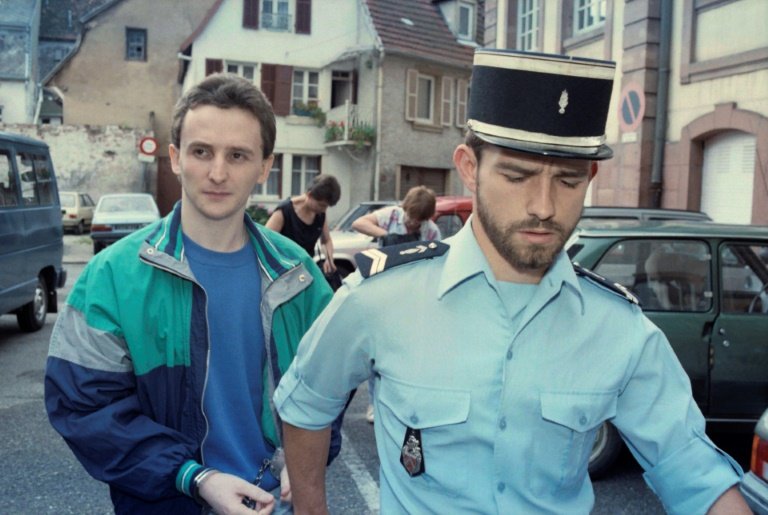 Avenger: Little Gregory's father Jean-Marie Villemin is led into court in 1987. He shot and killed his cousin who he suspected of killing his son / © AFP

A French court is looking at new DNA evidence in the notorious murder of four-year-old Gregory Villemin, whose death has transfixed France for 36 years.

Few cases beyond the disappearance of British three-year-old Madeleine McCann have aroused so much media interest, including a hit Netflix documentary series.

Here are key twists in the affair:

Police discover Gregory's body in a river in October 1984, his hands and feet bound, hours after he disappeared from the yard of his home in rural Lepanges-sur-Vologne in the Vosges region of eastern France.

For years his parents Jean-Marie and Christine Villemin had received threatening letters and phone calls.

The following day, the victim's father receives another letter: "I hope you die of sorrow, boss. Your money won't bring your son back. There's my revenge."

Laroche is released after 24 hours. 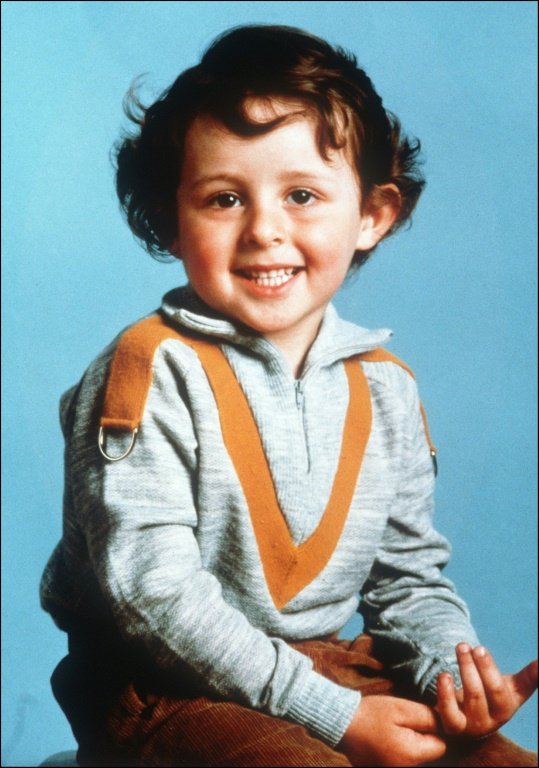 Tragic: This photo of four-year-old Gregory Villemin was taken the year that he died / © AFP/File

Police think they have cracked the case when, after initially backing Laroche, Bolle changes her story and says she witnessed the kidnapping.

She tells police Laroche collected her from school before picking up a "little boy she had never seen before" and dropping him off at another location.

Judge Lambert does not hear Bolle's testimony for several days and when he does he leaks Bolle's statements to the press.

Laroche is arrested but Bolle is sent back to her family. A day later she recants her statement.

Laroche is once again freed.

After six months of no progress on the case, Gregory's father shoots and kills Laroche outside his home.

He will be sentenced to five years in prison in 1993 but is soon released having already spent years behind bars awaiting trial.

Judge Lambert charges Gregory's mother Christine with his murder in July 1985, once again based on a handwriting sample.

Villemin, then 25 and six months pregnant with her second child, spends several days in prison.

Legendary novelist Marguerite Duras publishes a notorious essay "Sublime Christine V" in which she imagines the mother as the murderer.

It will take eight years for Villemin to be cleared of all wrongdoing.

Judge Lambert commits suicide in 2017 admitting in a letter that Gregory's case had haunted him.

Police subsequently question Marcel and Jaqueline Jacob, Gregory's great aunt and uncle as well as Murielle Bolle but they are freed over procedural issues.

French media reveals in December 2020 that a Swiss firm's analysis of the threatening letters points to a single suspect... without saying who.

This month an appeals court in Dijon accepts requests by the Villemins to compare DNA samples found on evidence to determine whether they come from their extended family.