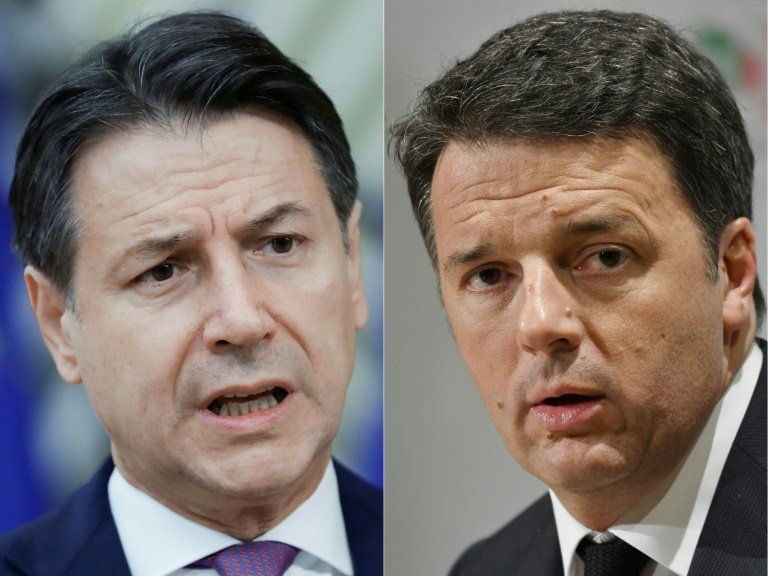 Italian Prime Minister Giuseppe Conte's government was plunged into crisis Wednesday after two cabinet ministers from a junior partner quit, taking the ruling coalition to the brink of collapse.

In a long-threatened move, former premier Matteo Renzi announced the departure of the ministers from his Italia Viva party, leaving Conte without a formal majority in the upper chamber of parliament.

However, Renzi said he would continue to support the government on measures to help businesses and restrictions to stem the spread of coronavirus, which has claimed more than 80,000 lives in Italy.

And he held out an olive branch to Conte, telling a news conference in Rome that how the crisis panned out was "up to the prime minister".

"We are ready for all kinds of discussions," he said.

A leading member of the centre-left Democratic Party (PD), a member of the ruling coalition, was quick to condemn the move. Former minister Andrea Orlando said it was "a serious mistake done by a few which we will all pay for".

Without Italia Viva's 18 senators, Conte would need new friends in the Senate, although his majority is large enough in the lower house, the Chamber of Deputies.

Renzi has in recent weeks railed against Conte's handling of the pandemic, in particular his plans to spend more than 200 billion euros in EU post-virus recovery funds.