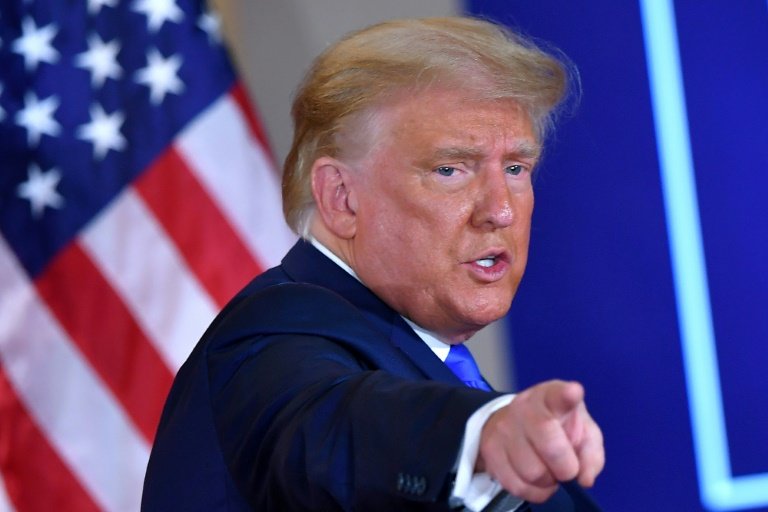 US President Donald Trump appealed for "healing and reconciliation" Thursday following unprecedented scenes of violence at the US Capitol, pledging a smooth transition of power to President-elect Joe Biden.

In a video message aiming to calm tensions after his supporters stormed the US Capitol as Biden's election victory was being certified by lawmakers Wednesday, Trump voiced outrage at the clashes that saw one woman shot dead by police at the seat of US government.

"A new administration will be inaugurated on January 20. My focus now turns to ensuring a smooth, orderly and seamless transition of power. This moment calls for healing and reconciliation," he said.

Trump released the video following growing calls for his removal after his fired-up supporters breached the Capitol Wednesday and sent lawmakers scrambling for safety.

Egged on by an aggrieved Trump speech, a flag-waving mob broke though barricades and swarmed inside the Capitol, ransacking offices and entering the usually solemn legislative floors.

Security forces fired tear gas in a four-hour operation to clear the Capitol. Police said a woman, reportedly a Trump partisan from southern California, was shot and killed and three others died in the area in circumstances that were unclear.

Trump's response to the violence, taking to social media to repeat false claims he had made about election fraud in his speech, sparked outrage and suspensions from all the major platforms.

But he struck a more conciliatory tone in Thursday's 160-second video, describing his sole term in office as "the honor of my lifetime."

And he offered an unequivocal denunciation of Wednesday's violence, saying "tempers must be cooled and calm restored."

"The demonstrators who infiltrated the Capitol have defiled the seat of American democracy. To those who engaged in the acts of violence and destruction, you do not represent our country," he said.

"And to those who broke the law, you will pay."