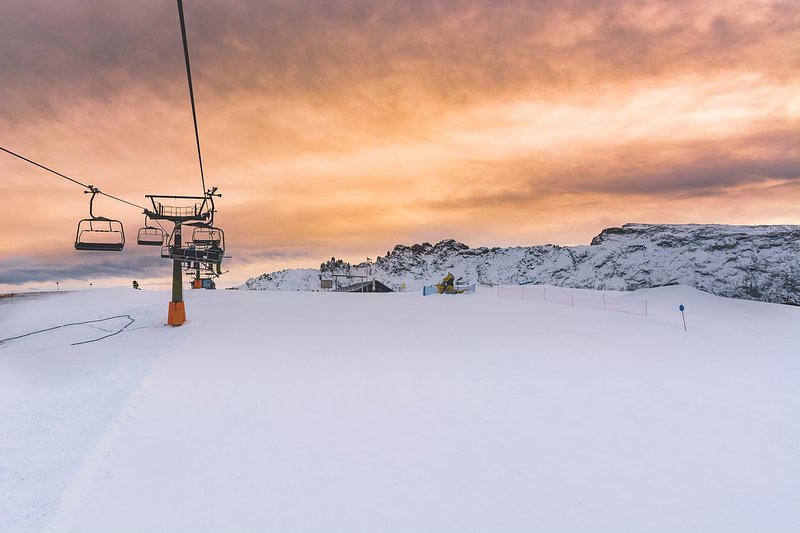 President Emmanuel Macron warned Tuesday that coronavirus risks made it "impossible" to allow winter sports to resume quickly, adding he hoped that restrictions could be lifted in January.

France's 350 ski resorts have been up in arms over the decision, saying the weeks around Christmas and New Year are crucial for their survival as they account for up to a quarter of their annual revenues.

Castex said mountain holidays were still on the cards but downhill skiing -- by far the most popular pastime for crowds of French and foreign skiers in Alpine and Pyrenees resorts -- was effectively ruled out.

"Naturally, everybody is free to travel to resorts to enjoy the clean air of our beautiful mountains, and the shops which will be open, although bars and restaurants won't be," Castex told a news conference.

"But all ski lifts and collective infrastructures will be closed to the public," he said.

Cross-country skiing, sledding and snowshoe hikes are among snow activities that do not usually require mechanical lifts.

France's winter sport sector says it generates some 11 billion euros ($13 billion) in revenues per year and employs 120,000 people during the season.

The Haute-Savoie region in the French Alps has reported the highest number of virus infections per 100,000 people in the entire country, followed by the neighbouring Savoie region.

Health authorities have warned that regional hospitals could be overwhelmed quickly if crowds of skiers from France and abroad were allowed to travel to those regions.

France aims to lift a nationwide lockdown on December 15, with shops authorised to reopen as early as Saturday after weeks of closure.

According to health authorities, the second virus wave reached its peak last week, with numbers of new infections, new hospital admissions and new intensive care patients all declining, while death figures have stabilised.

But Macron warned that "if we don't want a third lockdown, we must intensify our efforts".

Castex said the government was consulting with its EU partners to coordinate reopening dates for ski resorts.

Neighbouring Germany said Wednesday it will seek a deal with European partners to close ski slopes through to early January, setting it on a collision course with resort operators and Austria.