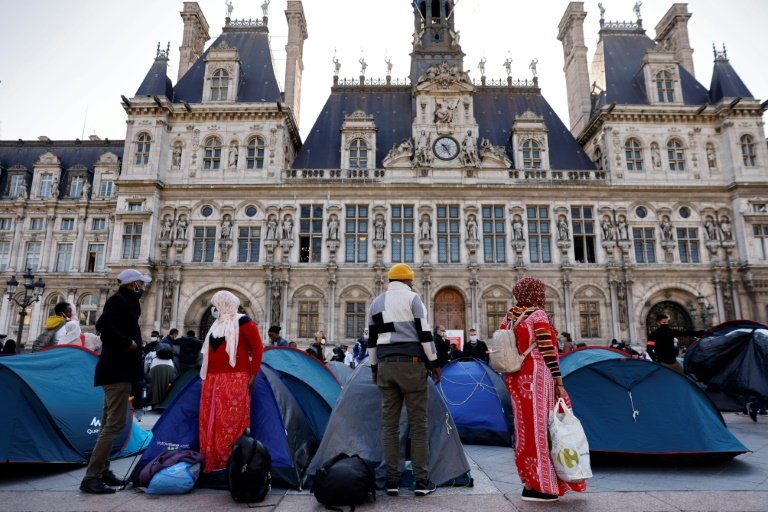 Hundreds of migrants pitched tents in central Paris on Tuesday to call attention to their plight on the streets, where they scrape by in often dire hygiene conditions.

Hundreds of migrants pitched tents in central Paris on Tuesday to call attention to their plight on the streets, where they scrape by in often dire hygiene conditions.

Families, single women and unaccompanied minors were among the 218 migrants who set up an impromptu camp in front of the Paris town hall at around midnight.

Police rapidly dismantled the tents on Tuesday morning. But the city hall invited the migrants inside for talks and admitted that a solution needed to be found.

"It's a cry for help. I am tired of living in the streets. For women, it's very dangerous (…). We are easy targets," said Rolande, a 36-year-old woman from Ivory Coast.

"If we're not helped, if we're not allowed to work, we're going to stay in this cycle," she said. Other migrants present were from Somalia and Afghanistan.

In France, asylum seekers are not allowed to work until their refugee status has been approved.

Rolande, like many of those who participated in the demonstration, arrived three months ago in the midst of the Covid-19 health crisis and has been living on the streets since.

"It's not normal that people who have just arrived (…) in France necessarily have to spend time on the streets," said Mael de Marcellus, a coordinator for migrant aid group Utopia56, adding that half of those present at the protest were newcomers to France.

Ouga, a 33-year-old pregnant woman from Ivory Coast, said she crossed the Mediterranean in a fishing boat and many people died, including her older sister. 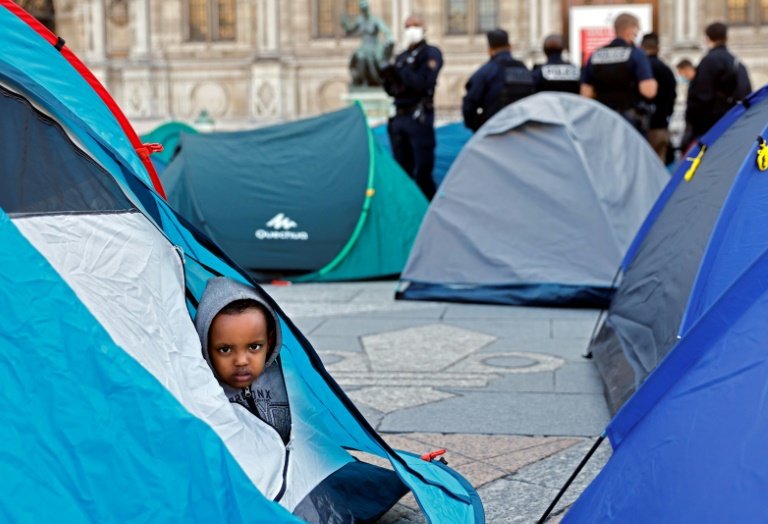 "Now, we continue to suffer in the streets. You set up somewhere, you're chased away. We become ill through living in the midst of rubbish," she said, crying.

Police said that there was no way tents could be allowed to be pitched in the heart of the city. But the city hall, controlled by Socialist mayor Anne Hidalgo, opened its doors to allow the migrants inside.

"We have asked the state to find a solution, especially as the majority of these people are asylum seekers and should therefore be cared for in some way," councillor Ian Brossat, in charge of housing and refugee protection in the city, told AFP.

After France's Covid-19 lockdown was announced in March, authorities cleared migrants from makeshift camps around Paris and put them in gyms and hotels.

But after stay-at-home orders were lifted in May, they soon found themselves sleeping rough again.