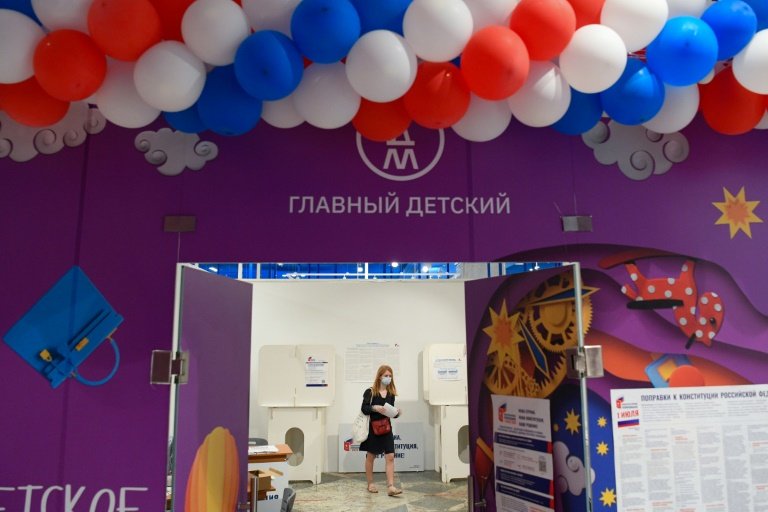 Wearing a dark suit, a face mask and gloves, 82-year-old Gennady Shmal casts his ballot on the last day of Russia's vote on constitutional changes that could prolong President Vladimir Putin's rule.

He is voting in a strikingly grand setting: a Moscow concert hall with an organ and chandeliers.

Across the country, however, in moves to prevent the spread of coronavirus, many voting stations have been set up outside in playgrounds or even in the back of cars.

The vote is a simple choice of "for" or "against" on a set of amendments including wording aimed at preventing gay marriage and social measures such as annual boosts to pensions.

The most important amendment would allow Putin, in power since 2000, to start from a clean slate and serve two more consecutive presidential terms, to 2036.

Shmal, who heads a professional association for oil and gas workers, concedes the amendments are "not all indisputable" but praises one giving national legislation precedence over international law.

As for the most controversial amendment on presidential terms, a leader needs time to change such a huge country, he argues, citing Soviet dictator Joseph Stalin.

"Stalin was in power not just for one or two years -- from 1922 to 1953 -- more than 30 years. We managed to create a good economy at that time, we managed to win the war because the people believed in the authorities," he says.

Organisers are luring voters with draws offering the chance to win apartments or vouchers to spend in restaurants.

The final day of voting on Wednesday is a national day off work and Moscow authorities have thrown in free parking.

On exiting, voters can pick up festival-style wristbands reading: "Yes, I changed the future."

Alexander Pivchansky, a 27-year-old with a top-knot and arm tattoo, feeds his ballot paper into a machine that says: "Thank you for your vote" as he votes against. 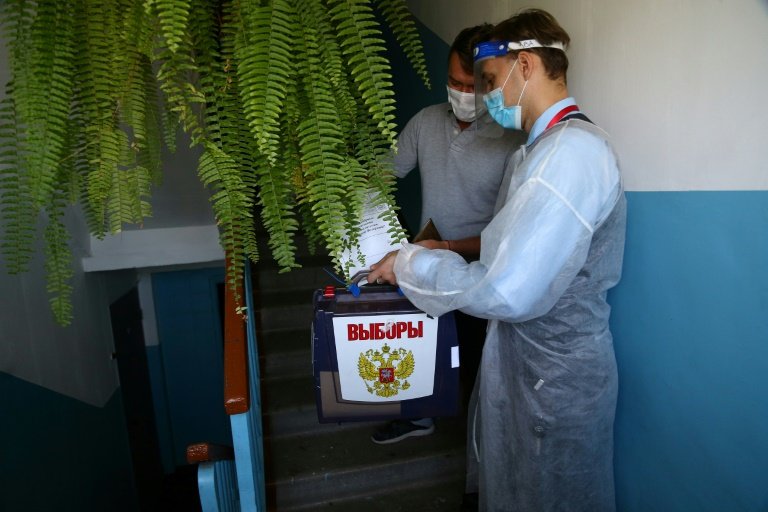 A voter in Vladivostok in Russia's far east, where one pensioner cited a promise to index-link pensions as one reason to vote yes / © AFP

The engineer says that he and his workmates have been ordered to vote, a common practice at large state-controlled organisations according to vote monitoring group Golos, even though this is illegal and officials deny it takes place.

"At my work they are forcing us to vote en masse, it doesn't matter whether for or against, but just to ensure turnout," he says.

"I'm against the amendments but they are trying to push them through."

Many appear willing participants though, such as 20-year-old Moscow student Roman, who was volunteering at the polling station.

Asked about the prospect of 67-year-old Putin staying in power deep into old age, he says: "I was born under him and I'm not sick of him yet." 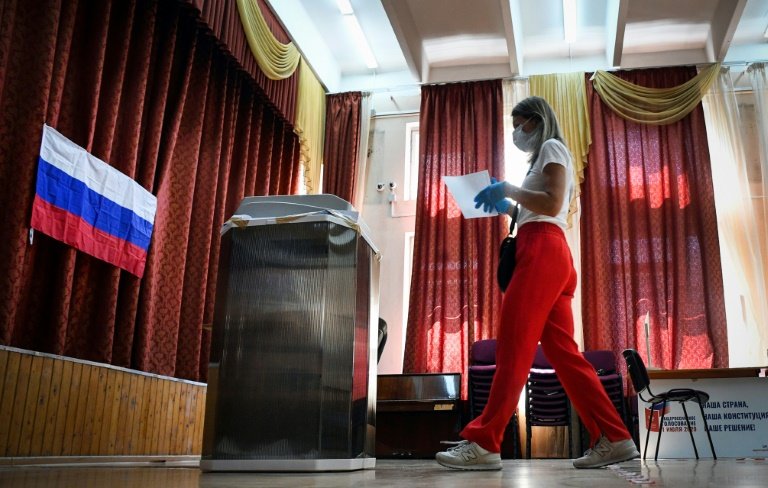 In the far eastern port city of Vladivostok, pensioner Valentina Kungurtseva is pinning her hopes on a promise to recalculate pension payouts at least once a year based on consumer prices.

Putin saw his popularity plummet in 2018 when the government announced steps to raise the retirement age.

"For us as pensioners, it's very important that they will increase our pension every year. It's pretty hard to live at the moment," admits 79-year-old Kungurtseva.

In the village of Naryn-Atsagat in the traditionally Buddhist region of Buryatia in the steppes of Siberia, the vote is an important event and many are wearing their national dress of long robes -- even if one young woman teams hers with trainers and trendy sunglasses.

In her beaded conical headdress and green satin robe, 35-year-old Inessa Tsyzhipova says: "I came here today in my national dress to express my position as a citizen."

"I am calling for the preservation of our traditions, our customs," she says.

The deep-voiced 60-year-old says that he "would like these amendments to enter force, to be recorded in our constitution and to start working."