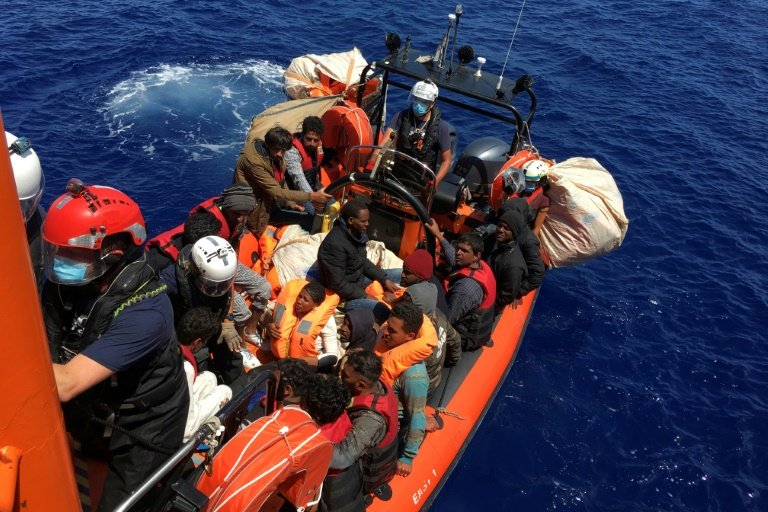 The young Sudanese man cast off his T-shirt and cried desperately out to sea: "I swear to you, I'm going to jump. I don't know how to swim but I can't stay here anymore!"

After just over a week at sea, tensions are running high on the Ocean Viking, the charity ship that pulled the young man and others like him from the Mediterranean, but which is now marking time, waiting for a safe port of welcome for the migrants.

Despite their rescue on June 23 by the ship, charted by European humanitarian group SOS Mediterranee, many of the migrants who fled Libya for Europe are now frustrated, tired, and desperate, as witnessed by an AFP correspondent on board. 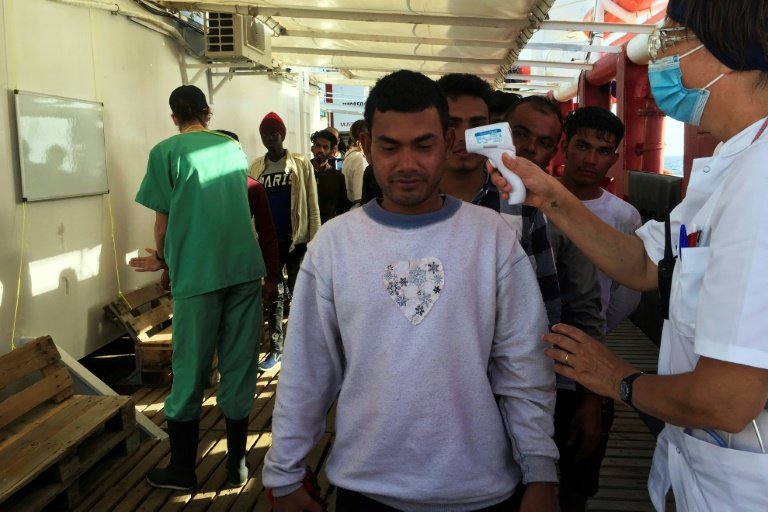 On Tuesday evening, SOS Mediterranee rescued an additional 47 people from the waters south of Italy's Lampedusa, bringing to 164 the number of migrants aboard.

The organisation said the new migrants were mostly from Bangladesh, South Sudan, Pakistan and Ghana.

Before the most recent rescue, the 69-metre (226-foot) boat had been turning in circles between Sicily and Malta, awaiting a port of disembarkation as some of the migrants, including Moroccans, Egyptians and Sudanese, become increasingly panicked.

At the top of the list of frustrations is the migrants' inability to speak with their families.

"I was at sea for a long time. I didn't warn the family, who must think I'm dead," said Said, a 35-year-old Egyptian on the verge of tears.

Like the Sudanese man, Said had also threatened to plunge himself into the water were he not allowed to place a phone call.

"I had told them that it would take two days to cross. Now it's almost seven days," explained Said, wearing a Paris Saint-Germain track suit and with his leg in a cast from an injury onboard.

Sometimes the migrants lash out at their rescuers.

One Moroccan man complained that their boat "had almost arrived" at Lampedusa when they were pulled in by the Ocean Viking, 100 kilometres (60 miles) from shore. 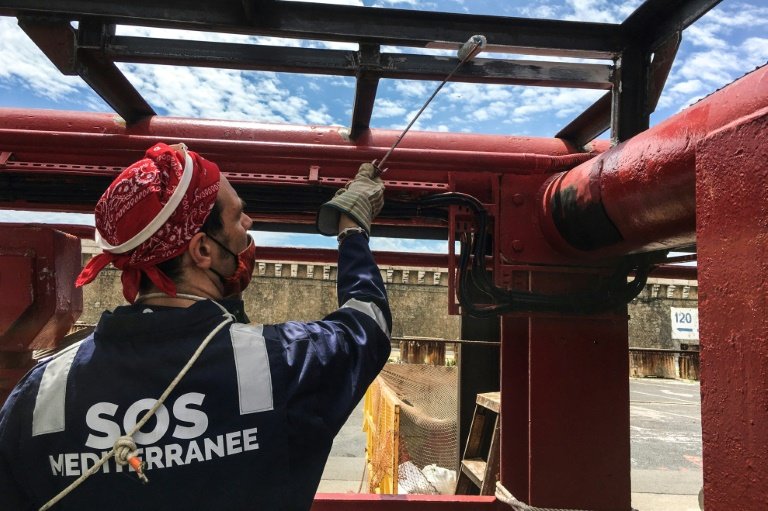 "It's been five days and we're still here, let us leave," he cried.

One man was evacuated from the boat Monday for medical reasons and transferred to the Italian coast guard.

The group said Tuesday that Italy had still not yet responded to requests to take the rescued migrants.

As stress levels have risen, so have rumours, such as the false belief that the Bangladeshis on board have access to a wifi network and are secretly sending messages to their families. 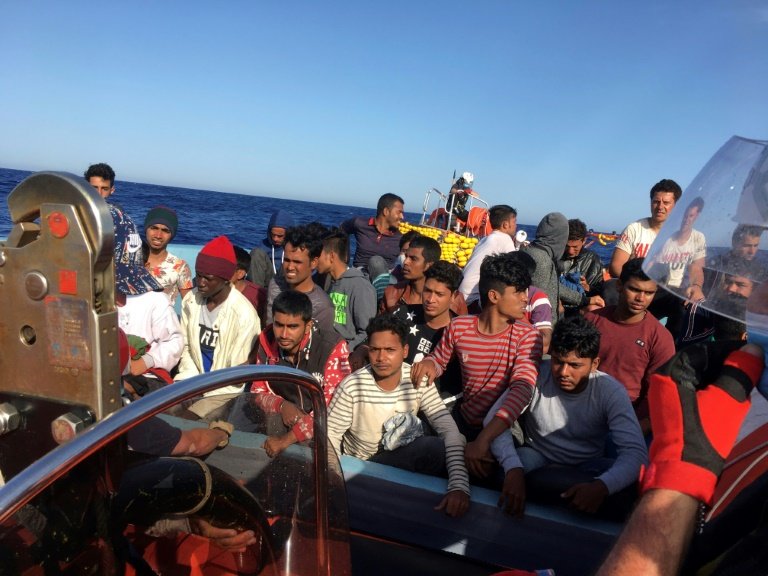 The SOS Mediterranee team has sought to defuse tensions, telling migrants to "be patient". Other migrants on past rescue operations have thrown themselves into the water, seeking to swim to land.

To alleviate the cramped quarters, the team has opened an area usually used exclusively for women, given that there is only one on board and she is in the company of her husband.

Ludovic, one of the SOS Mediterranee team who sought to reason with the migrants, acknowledged that things have become heated aboard the boat.

"But above all, it's shameful that Europeans don't respond to our demands for a landing port. It's inhuman to let them languish there in these conditions," he told AFP.

"Let the politicians come and see these people sleeping on the ground in a container."

As the days go by, the question on everyone's mind is simple: "When will we arrive in Europe?"

Maggie, in charge of humanitarian issues on board, sat in a circle with migrants grouped by nationality to try to explain.

"According to international maritime law, anyone rescued at sea must be taken to a safe port, and Libya is not a safe country," she said.

"OK," responded one Bangladeshi. "But for our families, for the moment, we're still dead."