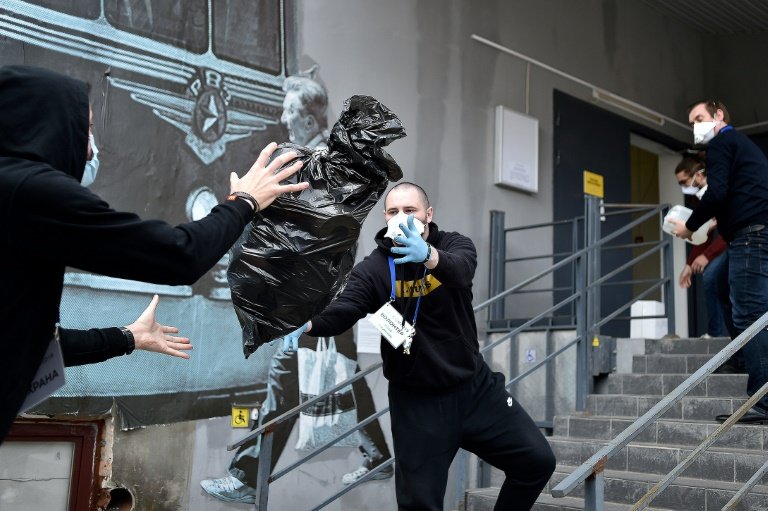 Young men in dark hoodies and tracksuit bottoms form a human chain to pass down black sacks from a storeroom and pile them in the back of a car.

These Belarusian volunteers have stepped in to rush free supplies of much-needed protective equipment to hospitals as authorities in the ex-Soviet state play down the scale of the coronavirus epidemic.

Belarus has stood out for its lack of official response since the start of the pandemic as President Alexander Lukashenko has repeatedly disputed the seriousness of the virus.

The volunteers for a group called ByCovid19 are taking sacks of protective suits and face masks to a hospital in the small town of Chervyen, about 60 kilometres (40 miles) west of the capital Minsk.

In front of the hospital, white-coated medics unload the sacks and pile them high on a trolley.

"We have enough personal protective equipment at the moment," says the hospital's chief nurse, Natalya Sycheva, as she receives the supplies.

"But who knows what the ongoing situation will be and how long we'll need this for. So we need stocks for at least two weeks." 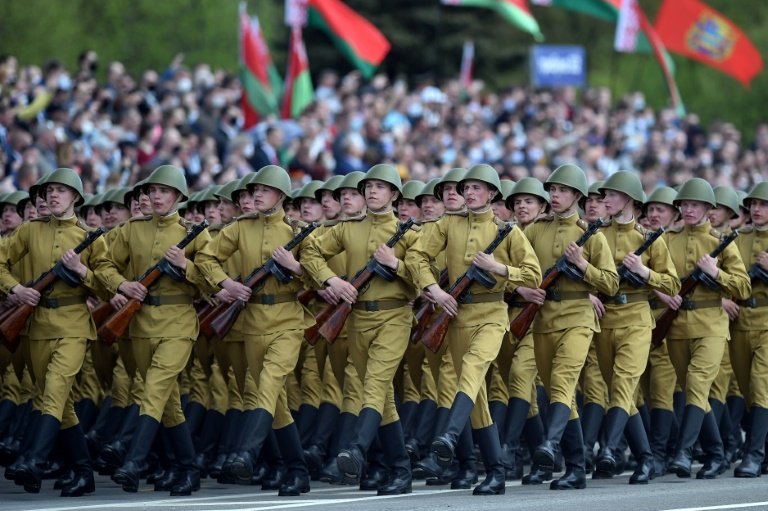 The country of some 9.5 million has a sizeable coronavirus epidemic. On Tuesday the number of confirmed cases reached 37,144 and 204 have died.

The true scale could be higher, says 33-year-old Andrei Tkachev, one of the coordinators of ByCovid19.

"Unfortunately the statistics from the hospitals are very depressing. And they are different from what is published officially: they are much worse."

Lukashenko has described virus fears as "psychosis", while advocating unproven preventive measures such as drinking vodka and taking steam baths.

He has kept public events running including the football season.

On May 9, he went ahead with an annual military parade to mark the Soviet victory in World War II, including some 5,000 troops and watched by war veterans, some not in masks.

Faced with official denial, voluntary groups have seized the initiative, raising funds and buying supplies for hospitals. While the Belarusian authorities often clamp down on NGOs, in this case they have given at least tacit support. 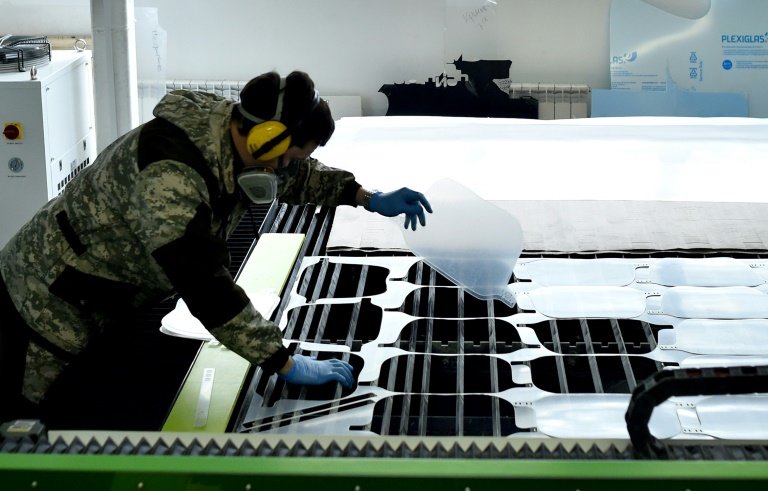 ByCovid19 was set up at the end of March through social media. It receives requests for equipment from medics across the country and tries to fulfil them using online fundraising.

In two months, the group says it has collected the equivalent of more than $250,000 in donations and supplied 150 medical facilities.

The equipment it sends out includes hospital thermometers and ultraviolet disinfection lamps as well as plastic face shields laser-cut for free by staff at a company in Minsk.

"These weren't intended for medical use but now there's such a difficult situation, we want to help our medics somehow, so they can protect themselves," says Anna Dobrovskaya, director of the plastic materials manufacturer Dalisia. 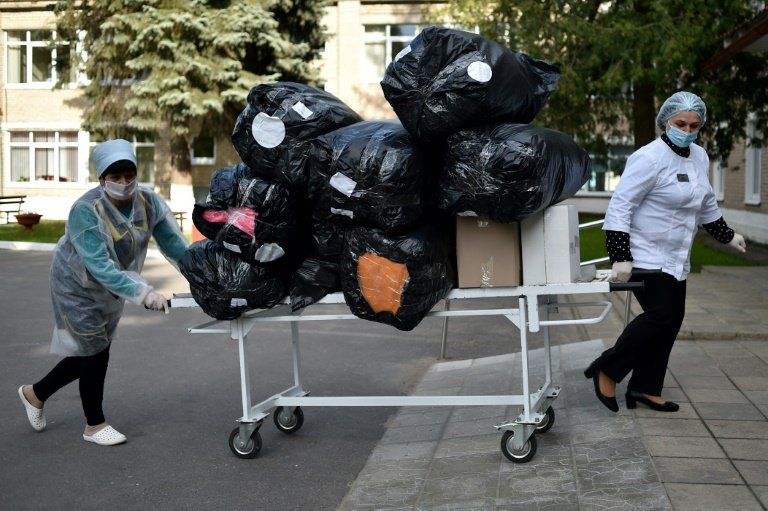 The ByCovid19 volunteers are taking protective equipment to a hospital in the town of Chervyen, some 70 km east of Minsk / © AFP

More than 1,500 volunteers work to collate hundreds of requests for help and set up deliveries.

"Some medics have had tears in their eyes because we really did manage to supply them very quickly," says Tkachev.

He criticises the "bureaucratic apparatus" of the Belarusian health ministry, saying volunteers can supply hospitals much quicker.

Nevertheless the group works in coordination with the authorities, the coordinators stress.

Some of the donations to ByCovid19 come from the country's large diaspora working abroad due to economic difficulties at home. 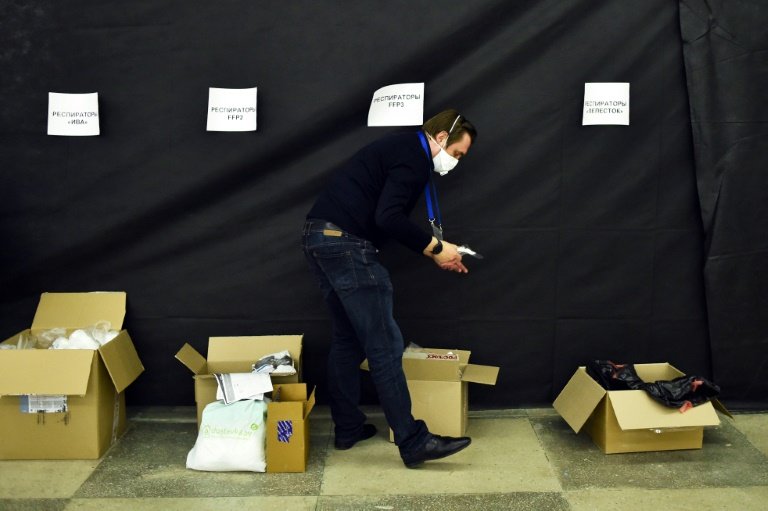 Andrei Strizhak, a coordinator of the ByCovid19 volunteer movement, says the group is looking to plug gaps in the system / © AFP

One of the coordinators, 34-year-old Andrei Strizhak, says that some supplies are brought in via the country's embassies in Poland and Lithuania.

"We collaborate closely with the foreign ministry and the health ministry," he says.

While not seeking to replace official structures, he says the group is plugging urgent gaps in the system.

"If your house is on fire, you don't just sit waiting for the firefighters funded by your taxes. You start chucking water on the fire," he says.

"That's what we're doing at the moment."