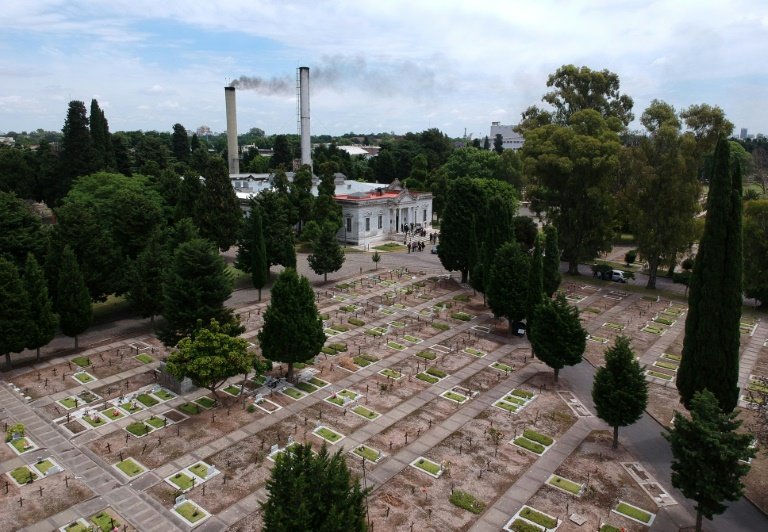 Smoke rises from a crematorium chimney at Chacarita Cemetery in Buenos Aires, Argentina, where cremation grows increasingly popular due to the high costs of traditional funerals / © AFP

No one can escape Argentina's biggest economic crisis in almost two decades -- not even the dead.

The cost of buying, renting and maintaining graves and tombs is so high that many people opt to cremate their loved ones instead.

Juan Tapia runs the Cocheria Tacuari undertakers in Buenos Aires, which has been operating for 60 years.

"It's an economic problem. People don't have enough money to pay for a service. Family members help each other, ask for loans; some come and pay with US dollars that they've saved or kept under the mattress," he told AFP.

Undertakers are constantly forced to drop their prices "because unfortunately people don't have the same spending power of a few years ago."

Paying for a funeral "means, for a family, that they might not eat this month," said Tapia.

The cheapest service offered by Cocheria Tacuari is a cremation without a wake, which costs 25,000 pesos ($415) -- almost 50 percent more than the minimum wage of 16,875 pesos a month.

More expensive options can cost up to 180,000 pesos, but few are interested in those.

"Almost 90 percent ask for cremation. Young people want nothing to do either with graves, niches (cubbies for storing remains urns) or tombs," said Tapia.

His estimations are not far off from official statistics. 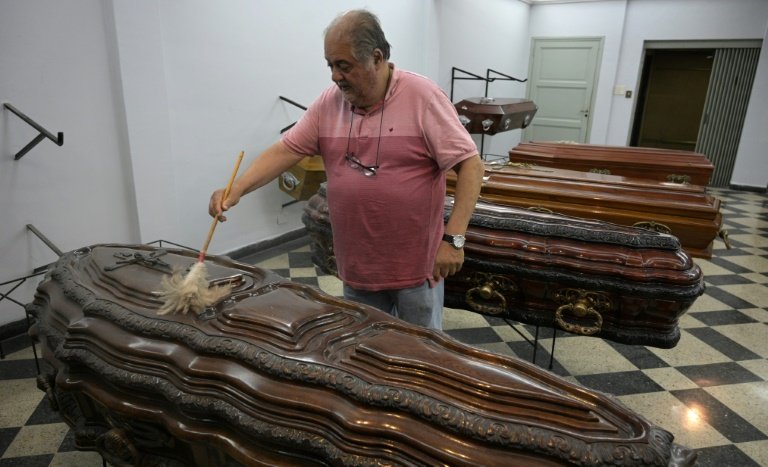 Eduardo Tapia uses a duster to clean coffins for sale in the Buenos Aires funeral home he owns, where he and his colleagues constantly are forced to lower their prices / © AFP

In 2018, 78.5 percent of corpses in Buenos Aires were cremated, according to an AFP count of public records. That's the highest proportion over the last decade.

"To lease a niche in the cemetery, you have to pay a huge amount every year, and many don't want to and can't do it, so they opt for a cremation," said Tapia.

Rents at public cemeteries in Buenos Aires, including maintenance, range from 400-2,000 pesos a month.

In the private sector, plots sell for a minimum of 55,000 pesos with monthly maintenance from 500 pesos.

Cremation, on the other hand, does not incur long-term expenses.

As a result, dead bodies are often taken straight from the hospital to the crematorium in simple poplar wood coffins. 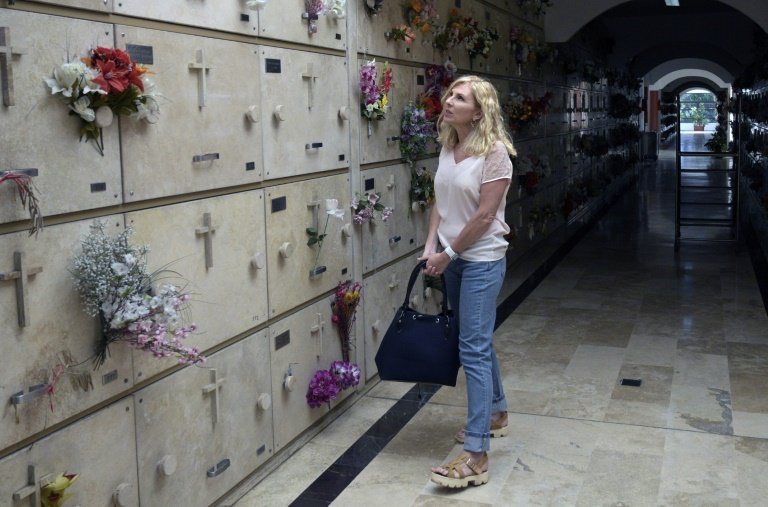 Argentinian Patricia Alvarez looks at her family's niche, which is for sale but has received no offers / © AFP

Three months ago, Patricia Alvarez, an English translator and make-up artist, advertised on the internet a niche that her family had bought in the Chacarita public cemetery in Buenos Aires.

"I'm selling it because there's no sense" in keeping it, she told AFP when contacted about her advert -- the only response she's had.

"It doesn't cost much, 500 pesos a month, but when it builds up, it's annoying, and it adds to a mountain of other expenses I already have," she said.

The Alvarez's niche looks to be in good condition, but others in the cemetery are in a sorry state, with notes attached to them asking the owners or leasers to "go and see the administration."

Many tombs have been abandoned and overgrown with vegetation. Some have broken statues, and there are niches that have been completely destroyed. In some, the bones inside are visible.

Standing beside her mother's tomb, gloves and pruning shears in her hands, Maria has decided to stop paying the cemetery's maintenance fees. 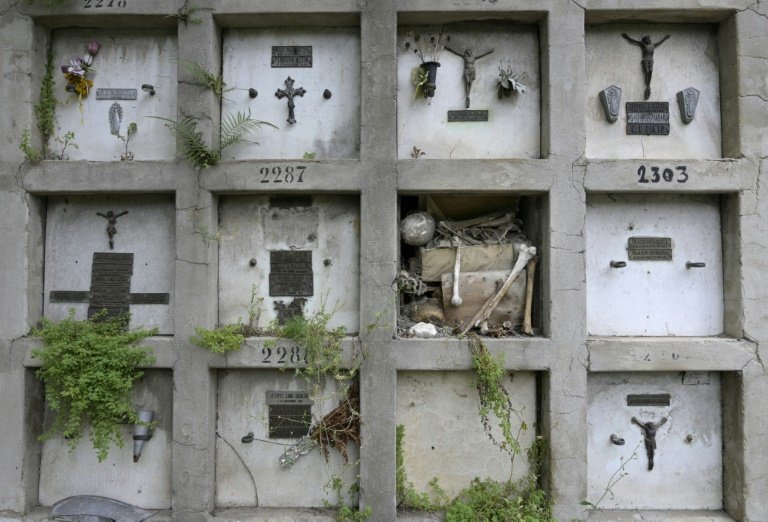 Human remains are visible inside damaged niches that are overgrown with vegetation at the Chacarita Cemetery in Buenos Aires, Argentina / © AFP

"I don't think I'll pay the 1,500 pesos a month any more to trim the vegetation -- it's a lot!" she told AFP, preferring not to give her surname for fear of reprisals by the site's maintenance personnel.

"For this money, it's better that I come and do it myself."

But according to Jorge Bonacorsi, president of the Argentine funerary services federation, cost is not the only thing deterring Argentines from traditional burials.

He says the rise in cremations is a global trend.

"What prevails now is a certain sentimental practicality: people want to get rid of the problem," he said.